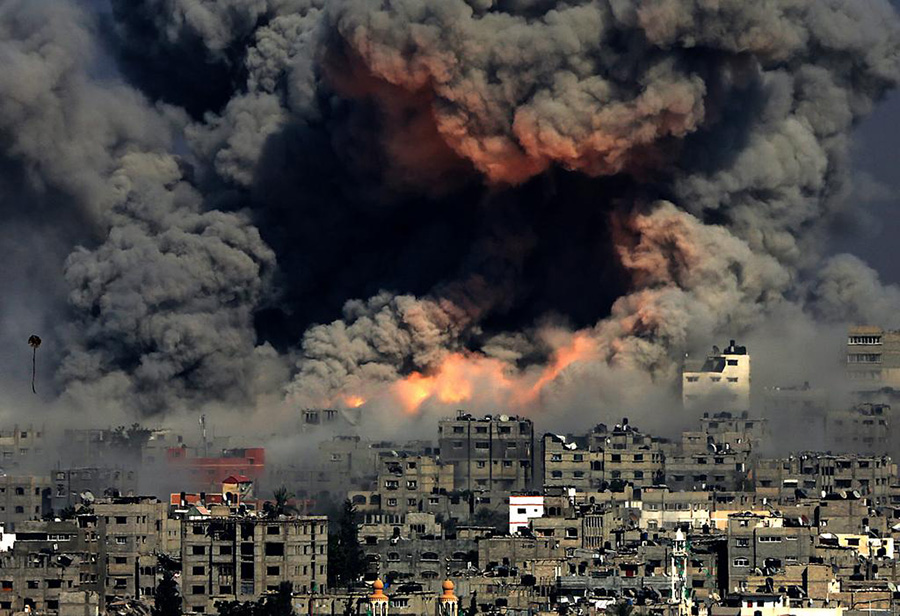 Some sh*t about some sh*t places you probably don’t know sh*t about.

Sometimes it’s good to remind ourselves that we are lucky, lucky, lucky bastards to be living in the UK. Yeah we might winge and moan about the boring grey weather, but at least we don’t ever get tornadoes, earthquakes, volcanoes, blazing hot sun that kills every living thing or bone-splitting cold. We might have cunty chops and the spack gang leading our country from their political throne, but at least we don’t have ISIS or some mad despot that tortures people for talking about ideas or smoking cigarettes.

The UK also likes to moan about immigrants stealing our jobs and “the state of the NHS”, but the truth of the matter is, the vast majority of people who want to work can get a job and we have free health care.

Sure, there are always improvements to be made anywhere, but at least we don’t live in these countries: 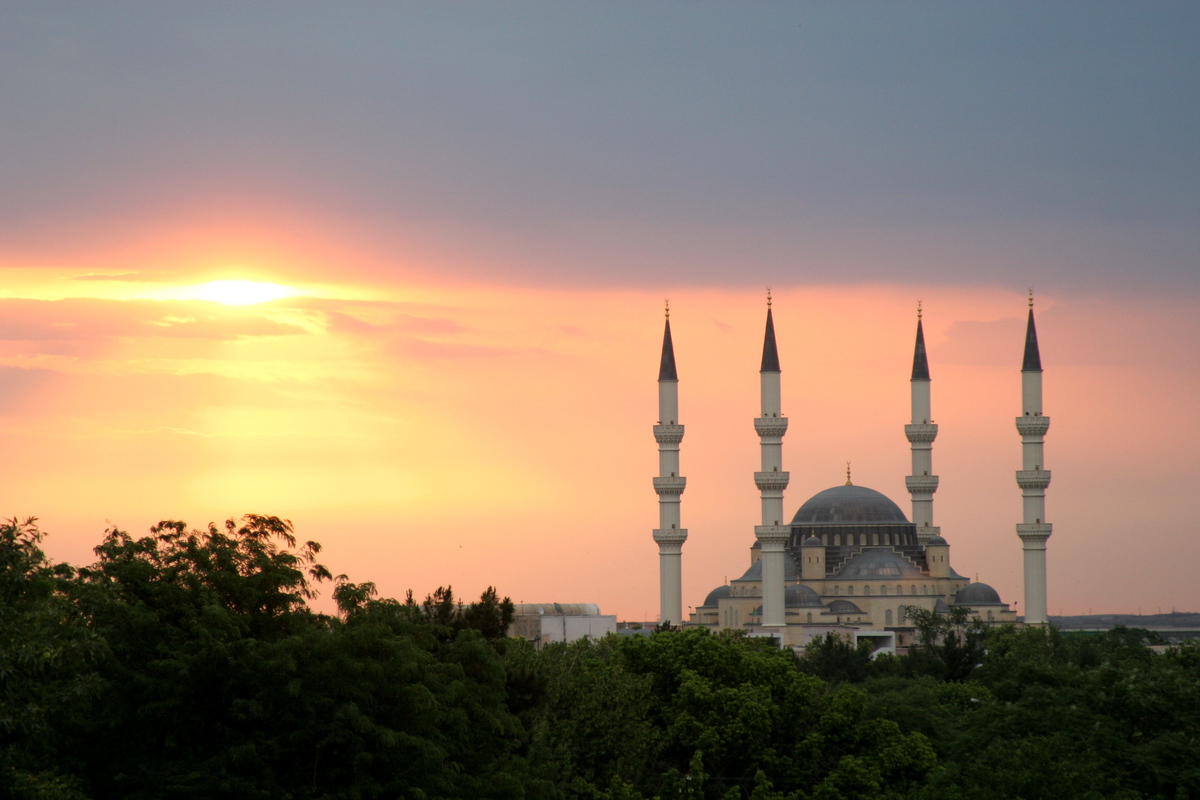 Turkmenistan isn’t a place you have visited. I can say that with a fair amount of confidence. It’s far away and certainly not on most people’s bucket lists. Despite being about 80% desert, Turkmenistan is actually the richest nation in Central Asia thanks to some pretty major oil reserves. Of course, a lot of that wealth hasn’t trickled down to the masses because of corruption and a general lack of giving a shit.

The thing that makes this country so tricky to live in is the legacy left by its late leader Saparmurat Niyazov (below). Niyazov was as mad as a bag of ready salted badgers and made everything shit for everyone. He basically thought he was god and had no problem fucking with everyone as much as he liked.

When the Soviet Union left Turkmenistan to their own devices, the people prayed for democracy, but instead they got a fresh brand of bonkers. 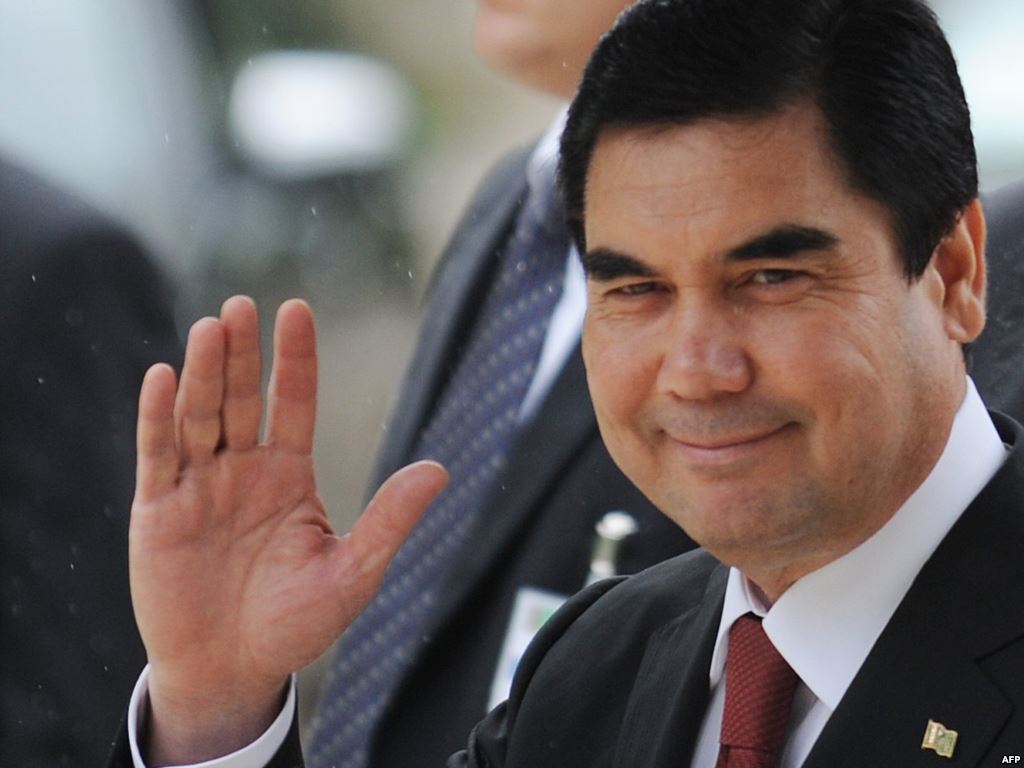 Niyazov named towns and some months of the year after himself and family members. He even renamed bread after his mother’s name. Then he banned non-governmental internet usage.

In 2004, 15,000 public health workers were fired and in 2005 all hospitals outside AÅŸgabat (the capital) were ordered to shut, he thought that the sick should come to the capital for treatment. People died.

In 2006 he cancelled or slashed most pensions and ordered any pensions that had been paid for the previous two years be paid back! Of course this caused further deaths in the elderly population.

His madness didn’t stop there: Niyazov banned the use of lip syncing at public concerts in 2005 along with all recorded music at state functions. He wanted everything to be played live. Why? His thinking was that recorded music hindered the development of musical arts.

Niyazov banned dogs from the capital because of their smell and ordered an ice rink to be built so that people from the desert could learn to ice skate. He had heart surgery in 1997 and had to quit smoking, so he banned smoking in all public places and all public employees had to quit too. 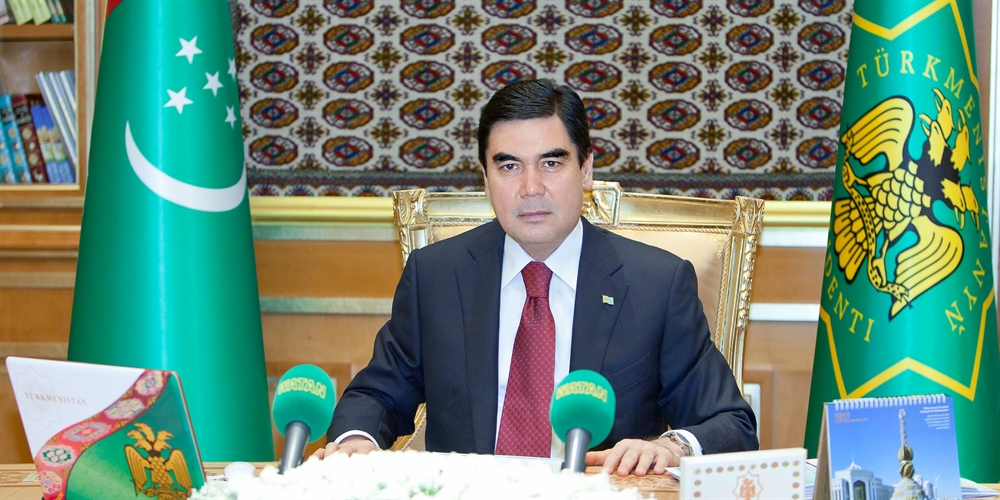 Although Niyazov died in 2006 a lot of his bonkers shizzle still remains in place and it is terrifyingly easy to end up in their prison system where you can expect to become malnourished and tortured. His successor – Gurbanguly Berdimuhamedow – is probably slightly less mad. He’s now in his second term having got 97% of the votes – anyone else smell some dog shit? 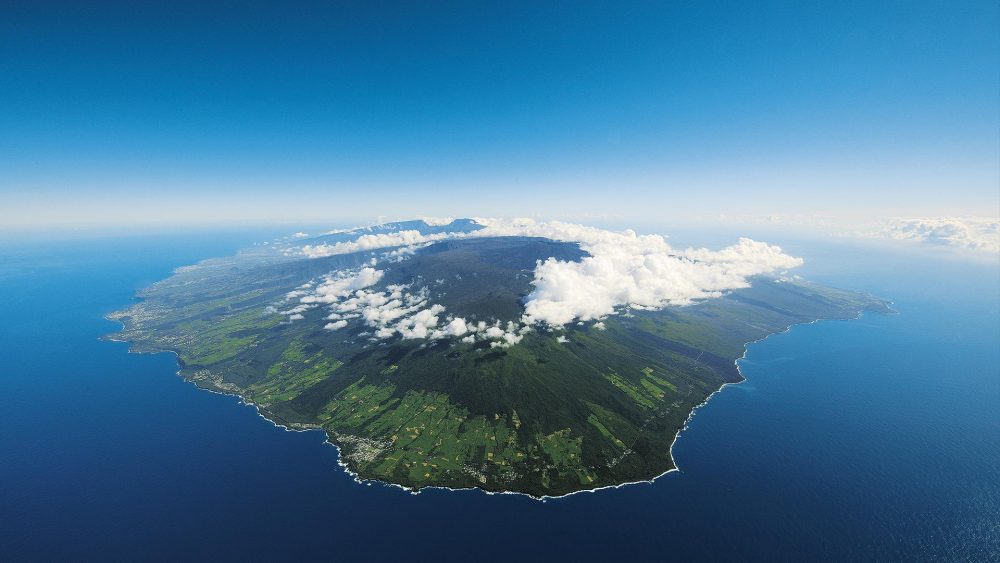 OK, so Turkmenistan is a shit place to be if you want to speak freely and not be tortured, but what about somewhere with the most awful weather? Us Brits think we rule the waves when it comes to rain fall but actually, we’re quite, quite wrong.

Réunion is a Tropical French Island off the right hand-side of Madagascar, in the Indian Ocean. It’s got a population of about 840,000 and as a department of France it is the furthest flung speck of the Eurozone. It’s just 40 miles by 30 miles in size.

This wonderful tropical gem looks like a veritable heaven on earth. And for some of the year it is, but then comes the rain. And when it comes, oh my Jesus it comes hard.

Réunion Island holds a couple of impressively damp weather records. Firstly, the record for the most amount of rain in a 12 hour period – the town of Foc-Foc drank in 1,144 mm (45 in) of watery rain in just half a day. To give that some perspective, Manchester gets around 829mm (32.6 in) of rain in an entire year.

Réunion also holds the record for the most amount of rain jazzed down in 24 hours. They got themselves 1,825 mm (71.9 in) in a single day. Nearly 2 metres! That’s almost double the UK’s yearly precipitation budget. So next time you feel a speck of rain trickle down your back, thank your lucky stars you don’t live in Réunion.

Oh, and the tiny crumb of land also hosts one of the most active volcanoes in the world, just for good measure. 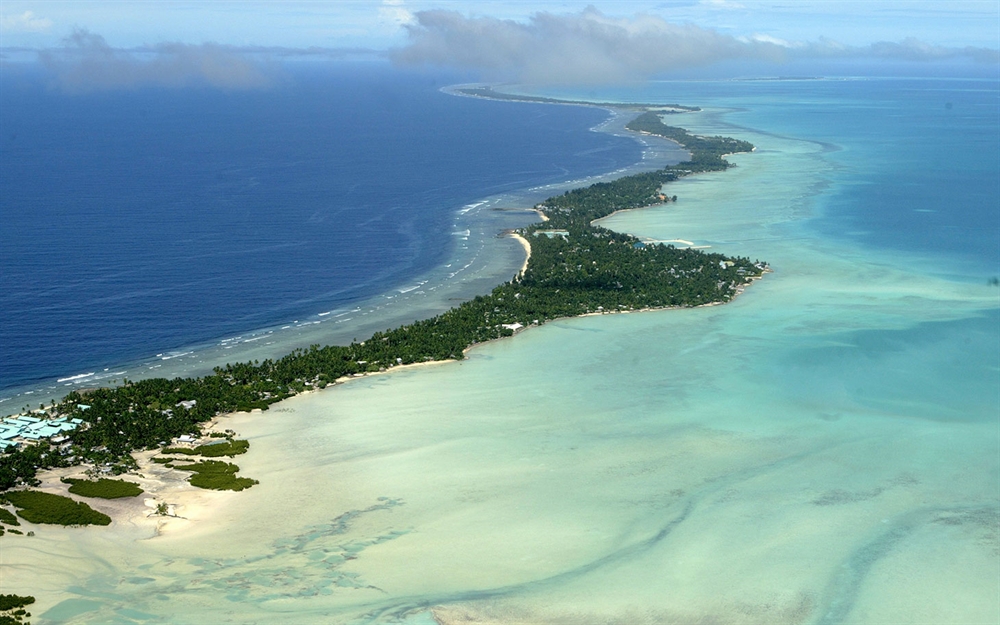 At first glance Kiribati looks like a super chill place to be. Tropical weather and miles from anyone else. But things are not quite as they seem. Kiribati consists of 33 atolls and coral islands and they’re sat at the cutting edge of climate change. They’re basically counting down the hours until they finally sink under the waves for good.

The people of Kiribati are pretty pissed off. After all it’s not them that have caused global warming, but they are the ones getting ejected from their homes. Kiribati’s President Anote Tong said this:

For a long time people saw flooding and other damage as acts of God. But now some people are coming to the realization that sea levels are rising, and it’s only going to get worse. People are mobilizing. They want help. Now there is a feeling that the people who contribute most to the problem should be part of the solution. 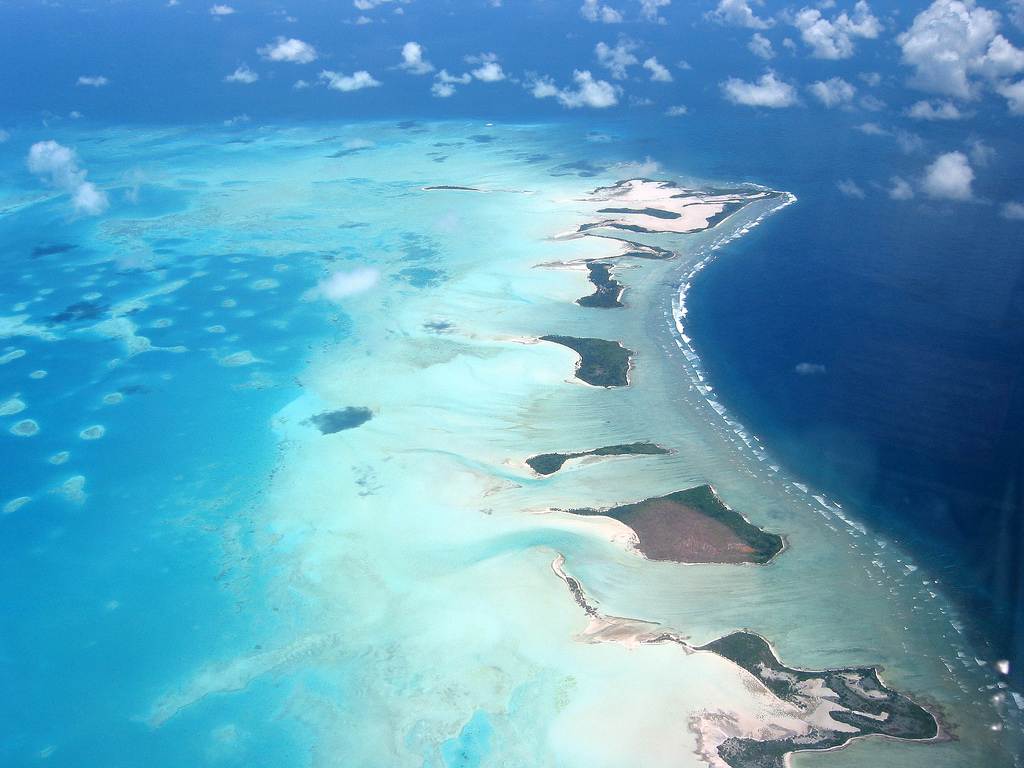 The islanders have already had to form an escape plan and have asked people on neighbouring islands to save them some room for when the time comes. How depressing is that? 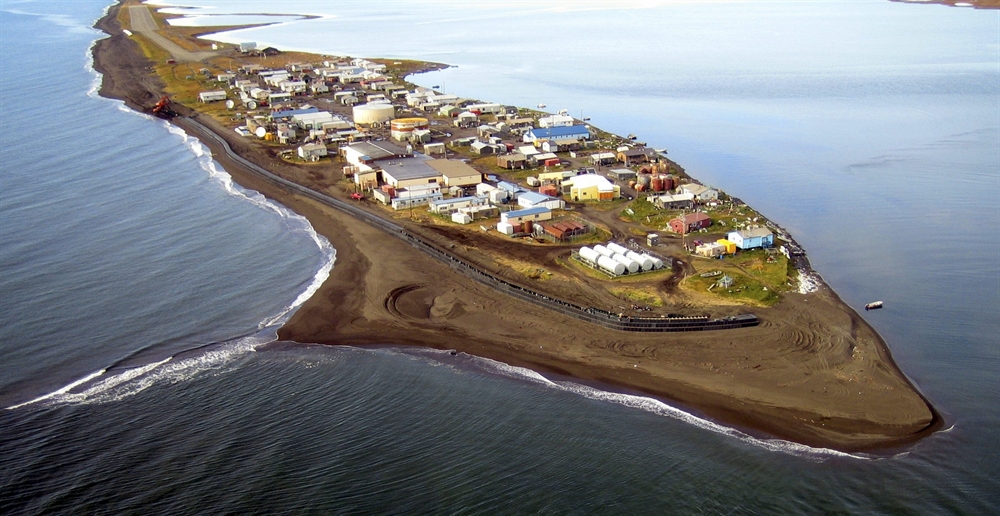 Same shit for Kivalina as Kiribati, but much nippier. Kivalina is plonked on the southern tip of a 7.5 mile long barrier island in NW Alaska. It houses around 400 people (374 in 2010 census) most of which are of an indigenous Inuit tribe — the Inupiat. In colder times their long shore line was protected by thick winter pack ice. Now the ice is much thinner during winter, their shores are open to a thorough battering during autumn and winter storms. So as the ice melts, the water rises and the erosion worsens.

The US Army Corps of Engineers built defences in 2008 but they were always just a bandaid on a gushing wound. Official figures show that North West Alaska is warming up twice as quickly as the rest of the US of A and predictions are that Kivalina will be completely uninhabitable by 2025. 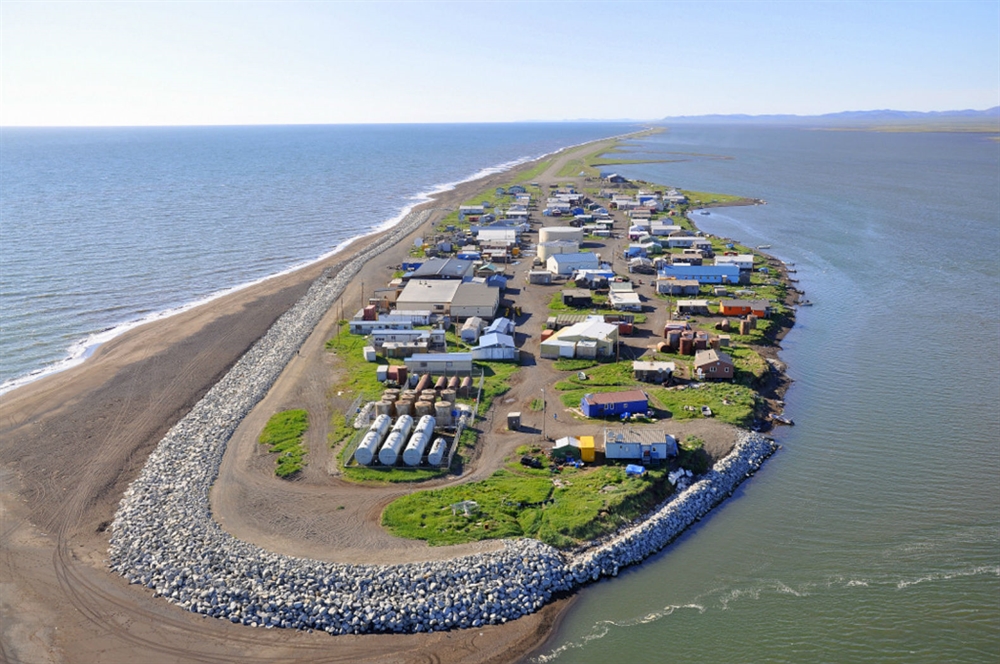 The locals are going to have to relocate, that much is clear, but they’re more than a little miffed about it. The cost is predicted to be around $400 million and the locals are jazzed off because they believe (rightly) that it’s due to a global problem they did nothing at all to create. You would be annoyed wouldn’t you? This small population basically gets a bill for millions of dollars because the fat cats wanted to sell their oil to ensure their waste-lines continued to swell.

All the people of Kivalina can do now is keep searching for an alternative site. The population is 96.55% native american, and I wonder if funding might have been a little more forthcoming if that percentage were white? Just saying. 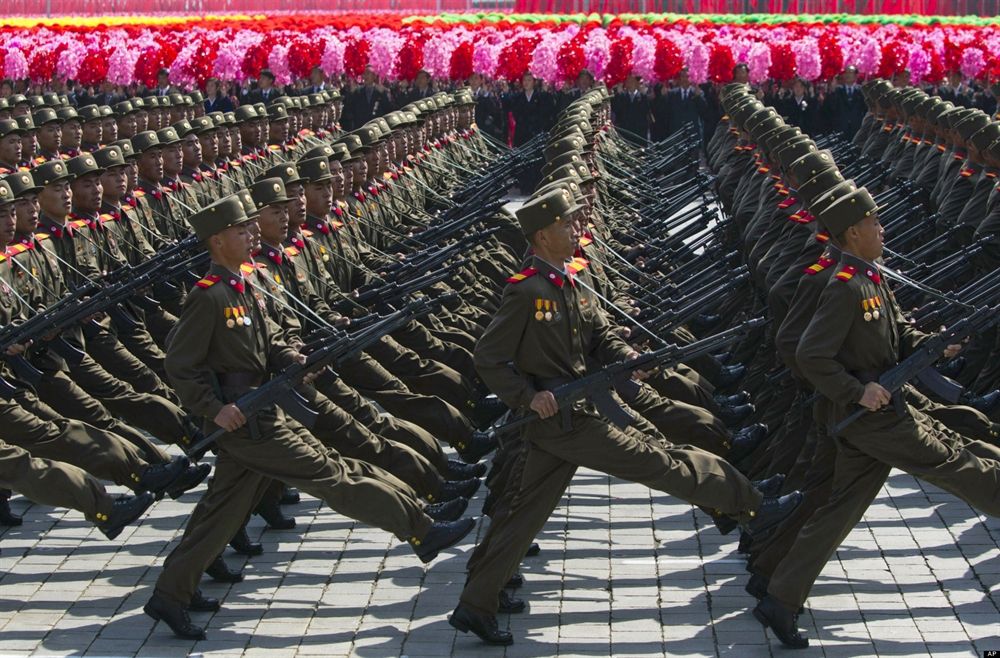 So you like freedom of speech and eating regularly do you? Well don’t live in North Korea then. Although the country seems to be gradually lurching out of the crushing famine of the 90’s, the place is still no walk in the park.

Kim Jong-fatty and his small gang of pals have the population in a vice like grip. As information flows freer throughout the majority of the rest of the world, North Korea remains in crack down.

North Korea has one of the worst human rights records according to the UN, read more about their shocking torture and abuses here, here and here.

The lack of freedom and insanely harsh prison system are bad enough, but there all loads of other more minor horrors waiting in the wings all adding to the strain. For instance, men in North Korea have to work for the state, which is great, they pretty much have a guaranteed job. But unfortunately they don’t have a guaranteed pay packet. Sometimes, when government coffers have all been siphoned elsewhere, they don’t get paid. 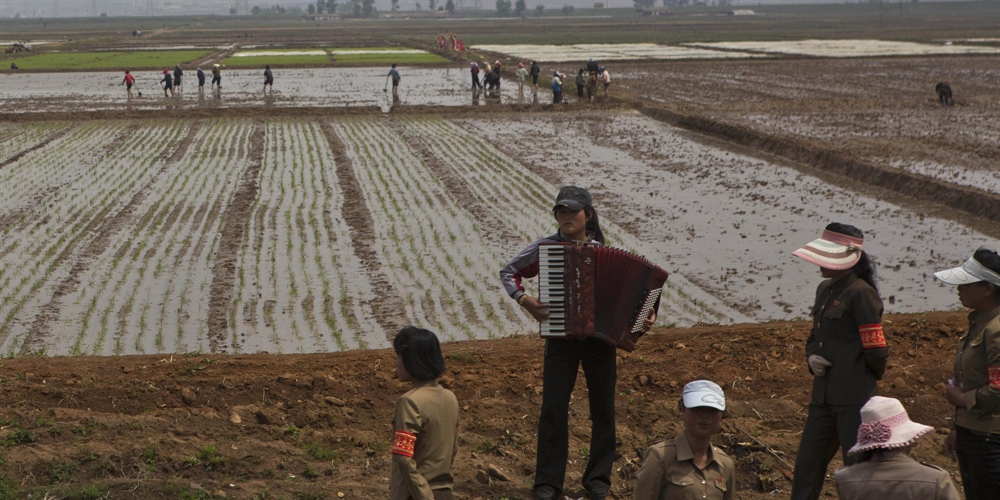 That’s shit. Obvs. So the women of the families, who traditionally are meant to be housewives and aren’t supposed to work, have had to start flogging stuff on the black market. This semi-tolerated black market has had a dark and disturbing effect though. Men don’t like the fact that women now have the upper hand in financial terms, so there has been a huge rise in domestic violence.

That’s just one of the many examples of how life in North Korea is fucked up. So be glad you don’t live there.

So there you have it, five destinations to avoid at all cost. Have a nice day people.