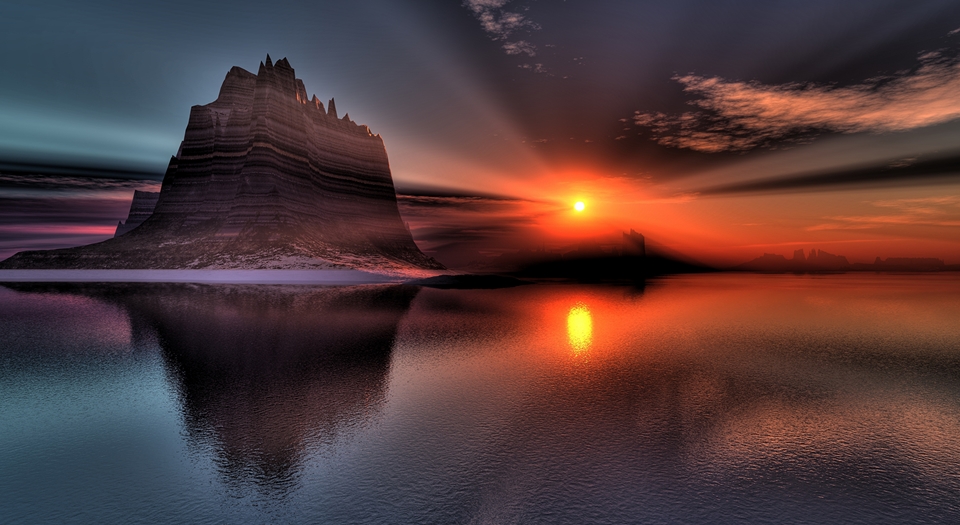 Before you die make sure you check out the sunset at these 10 AWESOME places.

Watching the sunset from anywhere is a pretty ace experience, sucking the last few rays from the golden orb before it tucks itself in for the night. But some spots are a bit more magical than other. Here are 10 places EVERYONE needs to watch the sunset before they die…

Before we dive into the list we may as well have a quick science lesson:  Why does the sky go red when the sunset hits? Well… the air is predominantly made of oxygen and nitrogen as you know, these are small molecules. When light hits these molecules it preferentially scatters the shortest light waves, i.e. the blues and purples. That’s why in the daytime the sky looks blue (it would look purple but our eyes are pretty crap at seeing purples).

As the sun gets low in the sky it passes through a lot more of the atmosphere before it reaches us. That means that the blue and purple is scattered away long before it hits our eyes and only the reds and oranges are left.

So there we go. Now where shall we book our next sun seekers holiday? 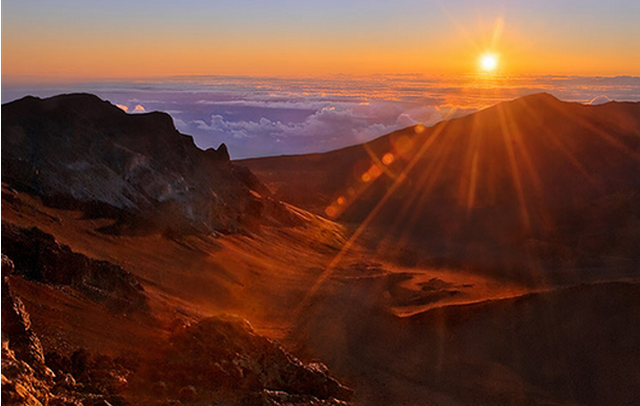 Mount HaleakalÄ is a huge dormant volcano and makes up around 75% of the entire land area of the island Maui. HaleakalÄ actually means “house of the sun” so I guess the ancients already knew it was a banging spot for watching the sunset.

As the sun drops, the crystals and sand in the dusty sides of the mountain shimmer like a beautiful bugger. Shame it’s so darned expensive to get there. 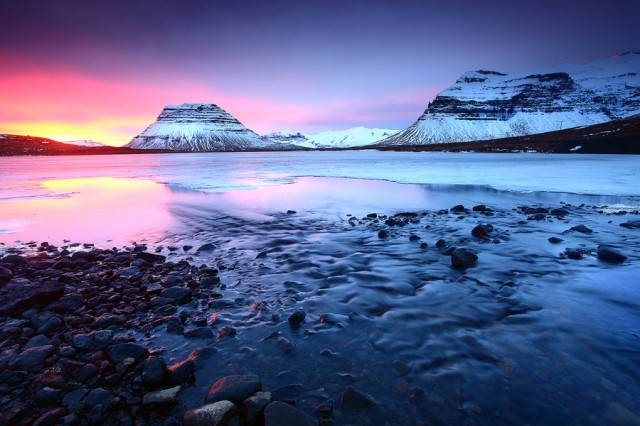 Contrary to popular opinion, pollution doesn’t make for a better sunset, in reality, the purer the area the more impressive and colourful the sunset will be. That’s part of the reason Grundarfjordur, Iceland is awesome at dawn and dusk. It’s a bit nippy mind you.

Grundarfjordur is a small town of around a thousand people. Its situated between a lava field, the sea and a mountain which means that the shapes and shadows will blow your mind marbles wide open. 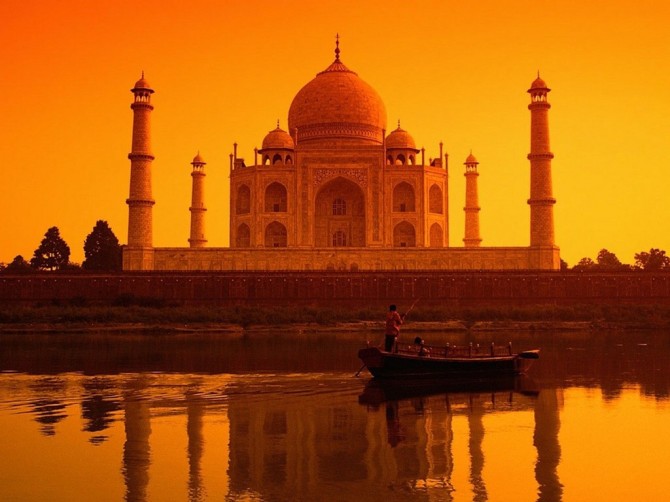 The Taj Mahal makes it onto loads of bucket-type lists because it’s such a mad looking place. The building took thousands of workers a couple of decades to complete. Amazingly the building was finished as early as 1653.

Thanks to its shimmering white marble a sunset is always going to be 100% killer from here. 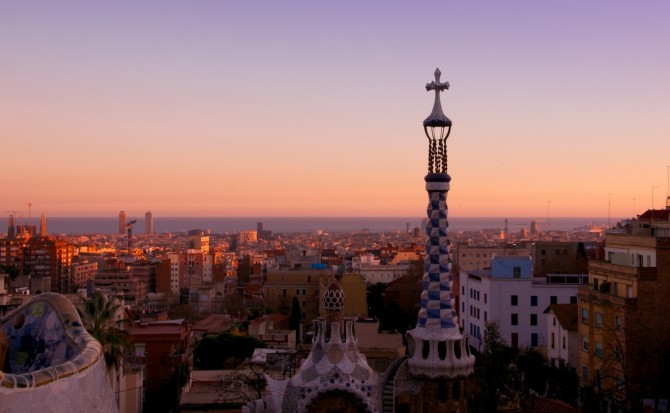 Barcelona is the sixth most populous city in the EU and can get a bit crowded. So if you want to enjoy the sunset fully you need to get above ground level away from the gabbling throngs.

Thanks to Gaudi et al and their bonkers, otherworldly architecture the city looks incredible as the light changes.