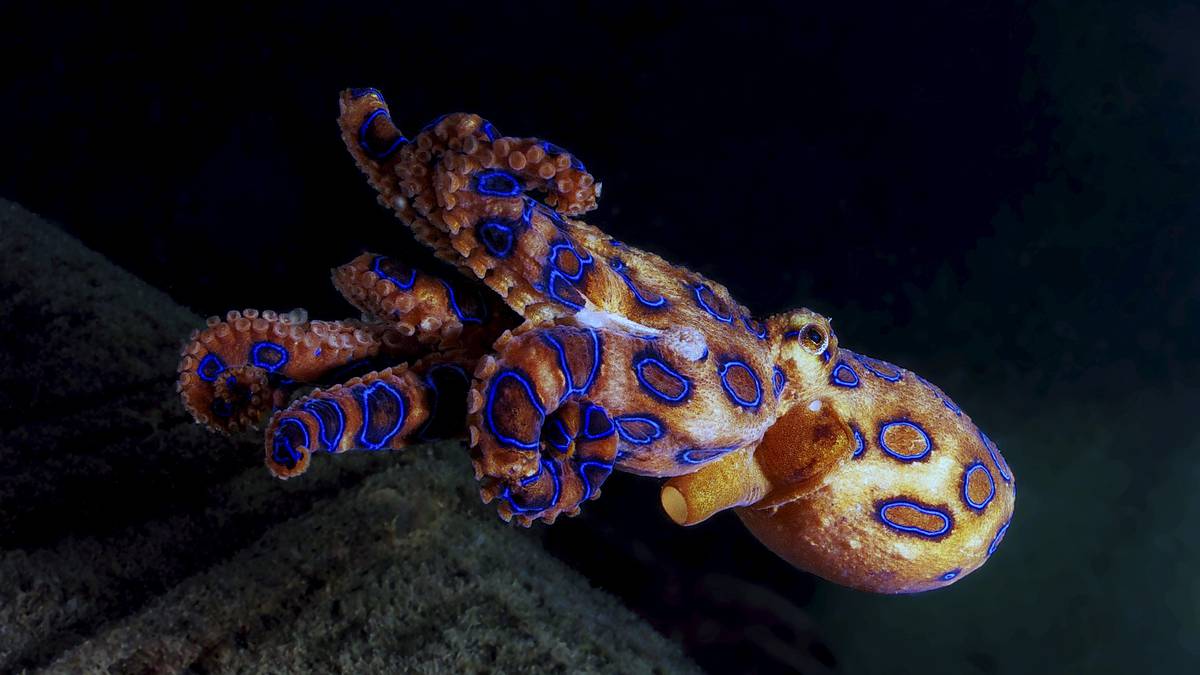 OMG nature is a vicious bastard.

The other day I came across the map inserted below. It shows which countries host the highest number of poisonous animals. The UK, thankfully, is very low down on the list (regardless of recent reports of mega poisonous spiders hitching rides over here).

Surprisingly Australia isn’t in the number one slot, although they do have more than their fair share of other types of dangerous animals, 6ft tall birds that can disembowel you, crocs, sharks etc. etc. 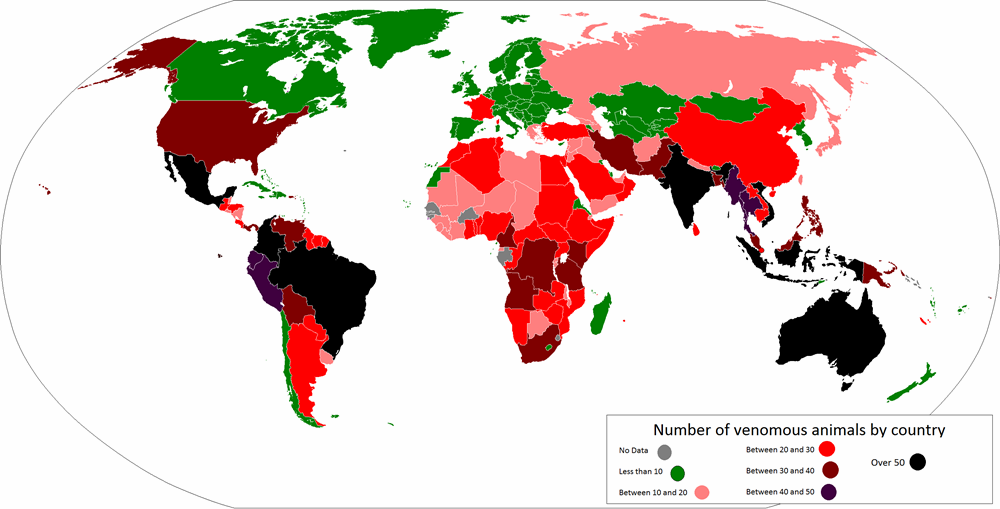 The top location to get poisoned to death by a critter is in fact Mexico, with 80 poisonous species, followed by Brazil with 79. We shouldn’t be too hard on Australia though, they do have 66 poisonous versions of life and some of them are proper gnarly, as we will see.

I thought it might be pleasant to have a look at which of earth’s beings are the most deadly. Take a look at these toxic beasts over the following pages, store them in your memory banks and if you meet one in the future — don’t touch it. 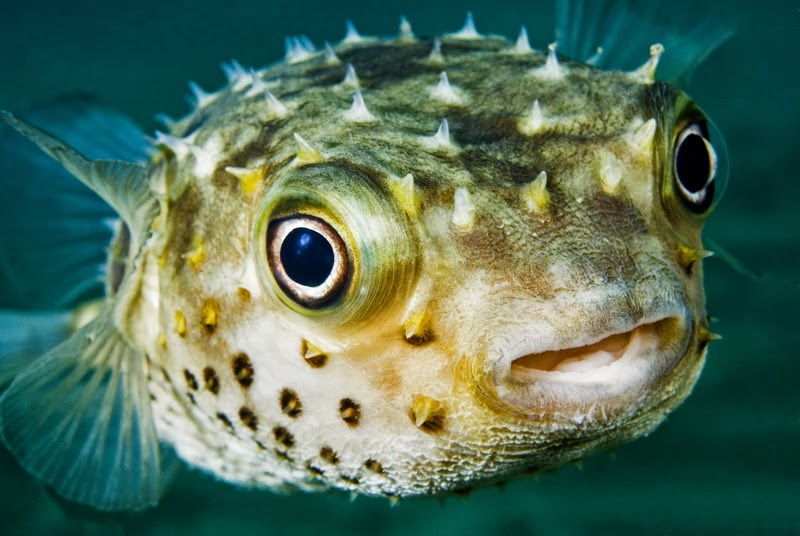 Ahhhh. Doesn’t he look sweet? Maybe so, but he also packs a punch. Living off the coast of Japan, Mexico, China and the Philippines these guys are pretty weird.

They aren’t hazardous unless you eat one though, so don’t worry too much if you come across one whilst diving. Despite being a delicacy, if they aren’t cooked right they might well be your final meal. You might think that potential death might put off diners, but no. In 2014 a family in Brazil ate a meal that included some puffer fish and no less than 11 of them were hospitalised. Within minutes of starting the meal people were puking and their faces were going numb. No joke.

The puffer fish’s skin, muscles, liver, and sexual organs all contain tetrodotoxin which is 1,200 times more toxic than cyanide. If you were to consume some, you would experience a tingling sensation, burning in your mouth, nausea, headache, and speech and coordination problems. If you ingest too much, you will receive the pleasure of convulsions, paralysis, cardiac arrhythmia, and eventually death.