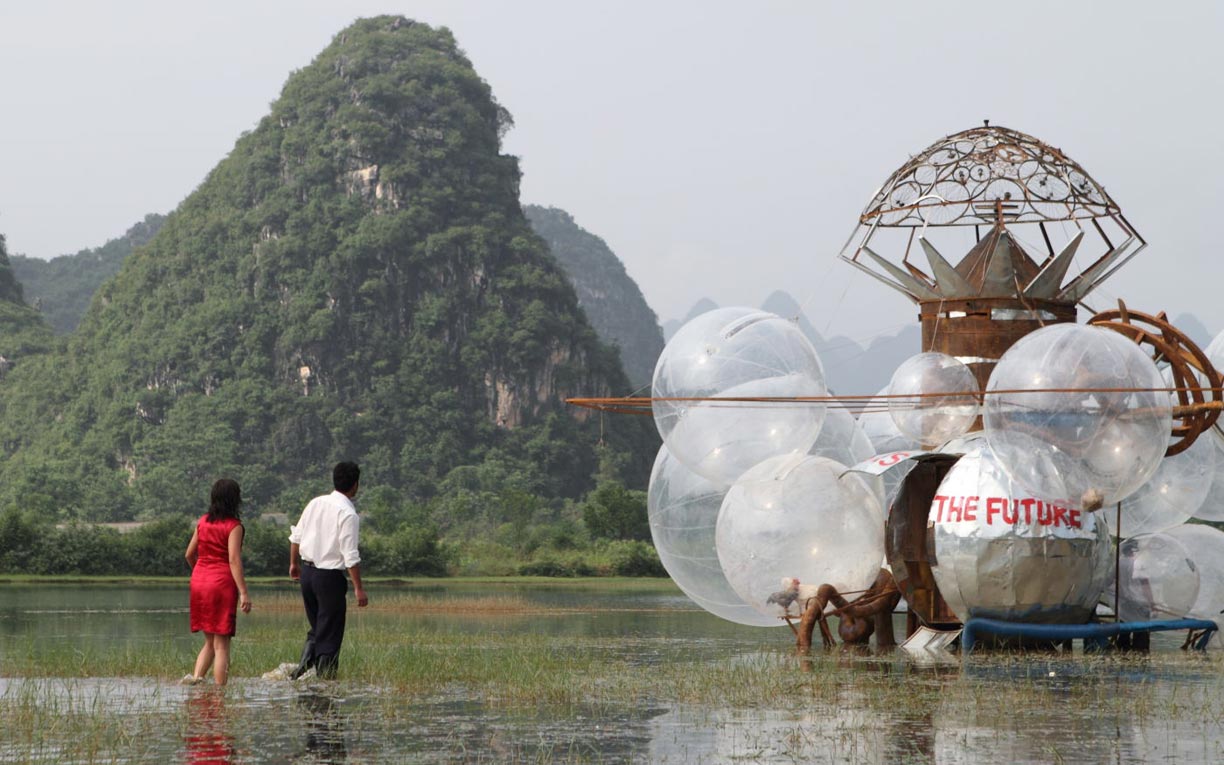 Are Eastern nations about to drop a truth bomb about UFOs on the West?

Recently I’ve noticed a lot of articles appear stating that Russia, China and India already know about alien visitors.The gist of the articles is always the same: governments from these countries have been visited by ETs for years and they’re planning to break their silence. Apparently Western powers are packing their pants about it. These articles generally appear on the sorts of sites which believe that Denver Airport was designed by Illuminati lizards and that there are pyramids on Mars. You know the type.

I’m not saying that extraterrestrial life is a 100% dead cert, but you’d be daft not to at least consider it. Perhaps the only other life out there is some kind of slime mould on Venus, but that would still be pretty exciting. As for intelligent visitors to earth, that seems a whole lot less likely, but you can’t write it off entirely.

According to alarmist conspiracy websites, Western governments are pooing their pants about the game being given away by our Easterly cousins. The word on the street is that aliens are living among us and Western governments have been keeping it schtum all this time. India, China and Russia are set to break their silence. 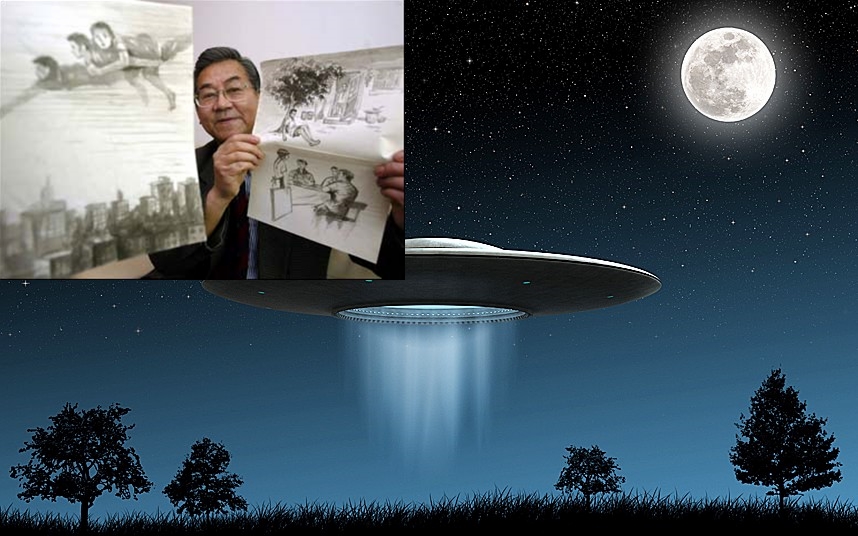 I found an interview with Shen Shili (sometimes referred to as Sun Shili) — an ex-Chinese Minister (pictured above). He tells the interviewer that aliens are already living among us and have been since the 70’s. He also explains why us in the West haven’t been told about it. Whether or not you’re down with the alien shit, this is pretty insightful:

Jesus who supposedly inspired Western “Christian” religion, which is based on corroborations in the Bible, sought to support the need for wisdom, accompanied by peace and loving kindness. However, the actual historical practice of institutionalized Christianity, in contrast, has been to manipulate the masses into accepting bigoted views that are designed to complement the materialistic-centred objectives of an “organized power” elite.

He goes on to explain that Buddhist’s open minded approach to things otherworldly has allowed them to get more involved in the alien phenomenon. 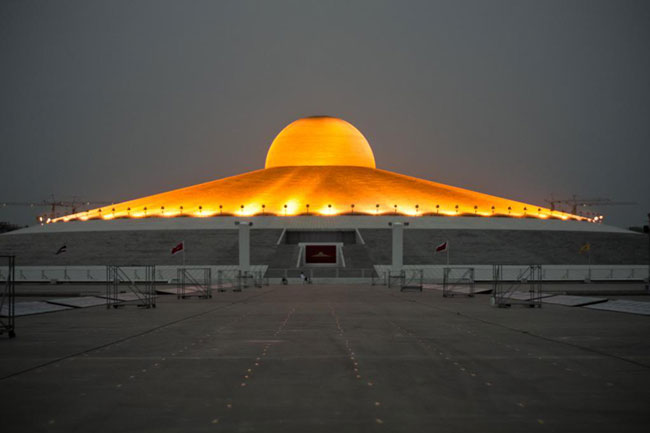 The interview quoted above was hosted on a Christian website, and although this is an aside, I thought you might like to read the Christian website’s take on things, because it’s pretty weird:

Shen Shili is right in line with the antichrist plan. To say that aliens are coming (and now here) to save the environment and advance technology is right on target. He blames the West with their Christian dogma for interfering with the “alien utopia” on earth. What I find interesting are his claims that your next-door-neighbor could be an alien in disguise. Will the Vatican say that we need to baptize these aliens and accept them as our brothers and sisters in Christ? That’s already on the table.

Although an ex-Minister’s point of view and opinion is worthy, there’s nothing to say that this guy isn’t a grade-A loon. Also, a quick Google search of his name brings back nothing but alien conspiracy websites, which isn’t a good sign. So what other clues are there, if any? 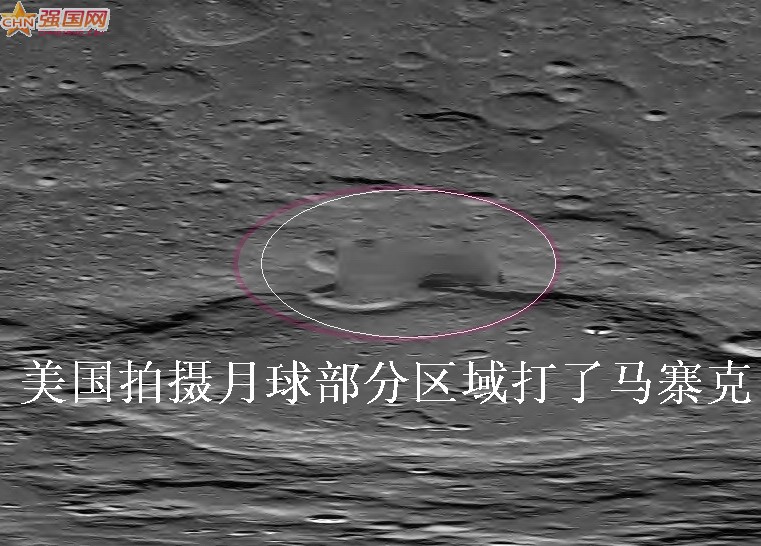 China’s Chang’e-2 orbiter which was launched a couple of years ago sent back some so-called evidence of alien landscapes on the moon. Footage that was beamed back to earth in 2012 claims to show not only alien built structures, but also regions of the moon which have been “bombed by the US”. Here’s where my attention starts to wane. These sorts of images are always shit. You’ve seen the “lizard on Mars” type guff that gets pumped into conspiracy lover’s brains. There’s also a laughable fake moon base been added to some of the stills which is nice.

Here’s an image comparing the original NASA shot of the moon and the newer, Chinese version showing a base. Which is the fake? The one with the base or the one with the base “airbrushed out”. I’m pretty sure we don’t have to discuss that any further: 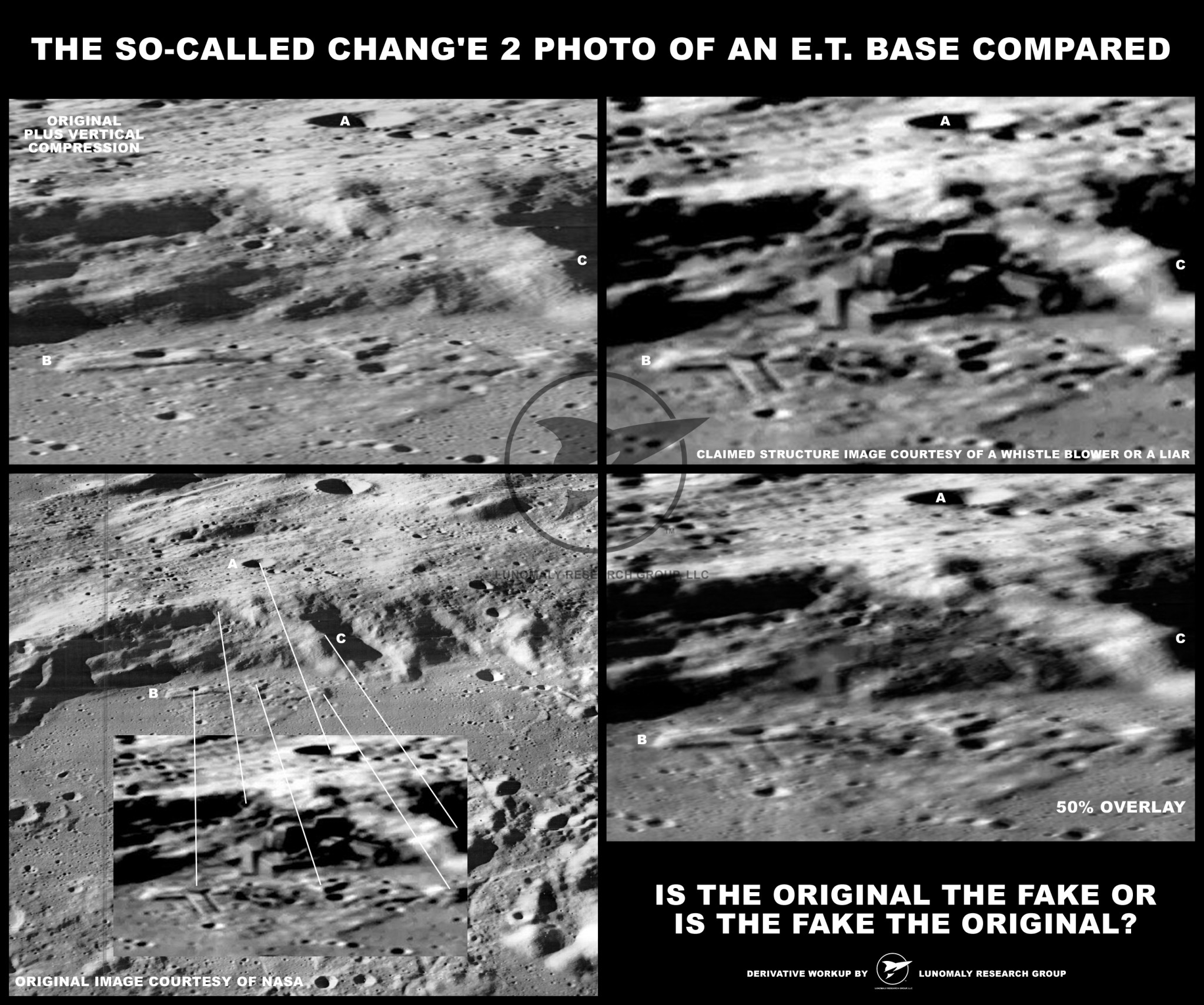 The Chang’e-2’s map of the moon claims to be the most detailed ever made, so if there was something big going on we would know about it. There has been no official statement of anything untoward. Yes, as discussed, the mad little websites have gone wild with it, but no one involved in science and/or space has batted an eyelid. Other than to revel in the wonder of these detailed images of the surface of the moon. Like this: 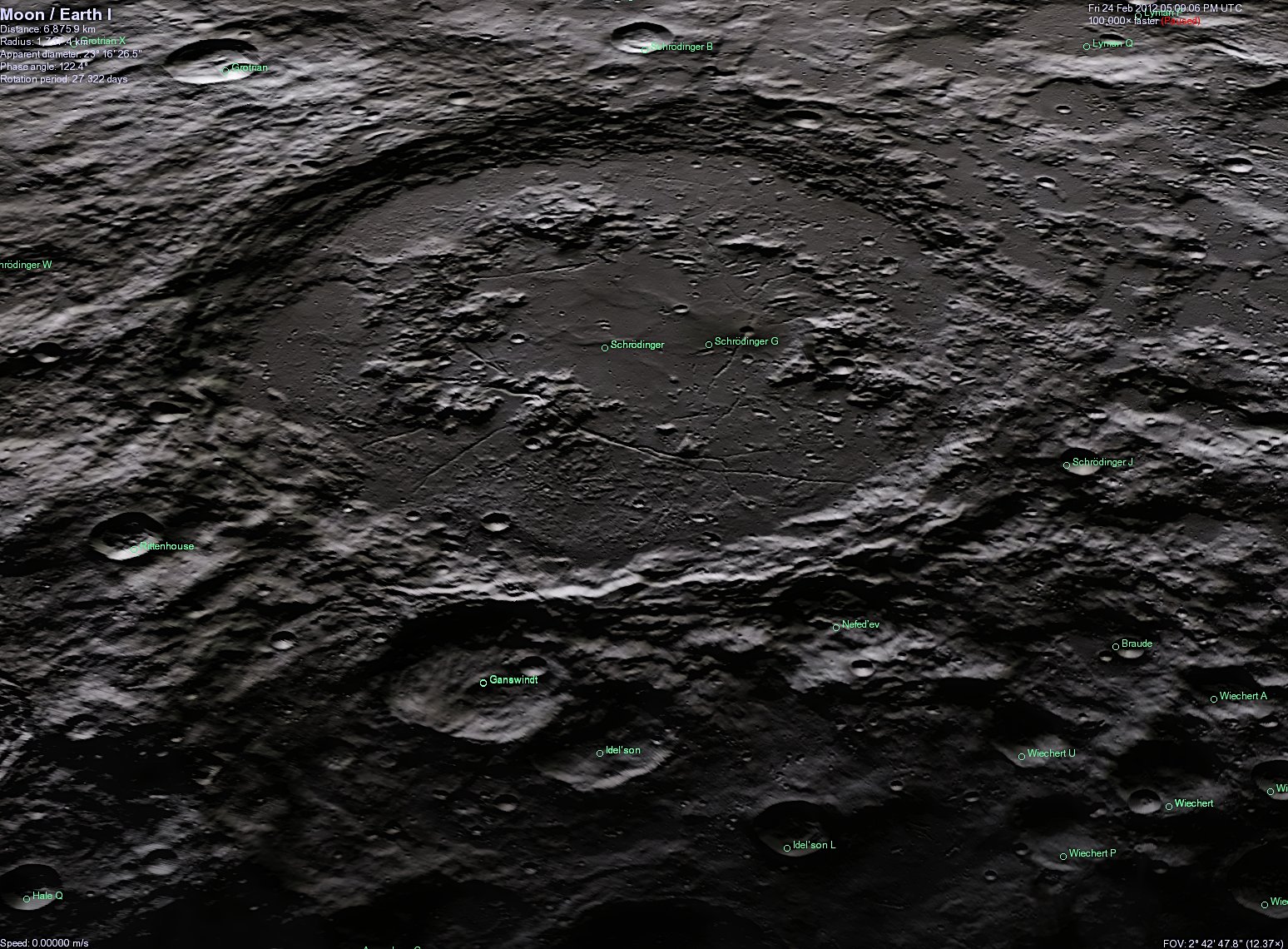 Any other evidence from China? Sorry, not really. How about India then? 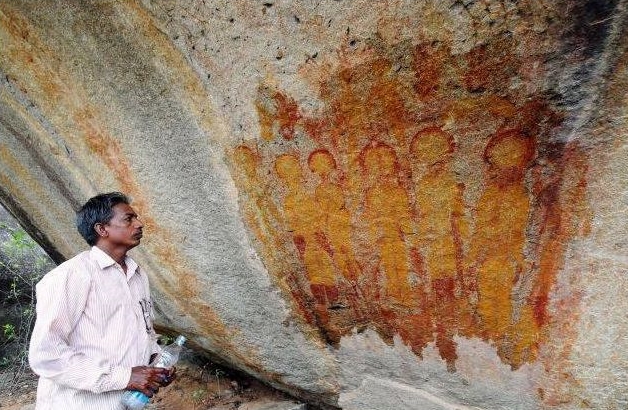 India has a long history of UFO sightings. Some claim that the cave paintings above and below from the Charama region in Kanker depict a UFO experience some 10,000 years ago: 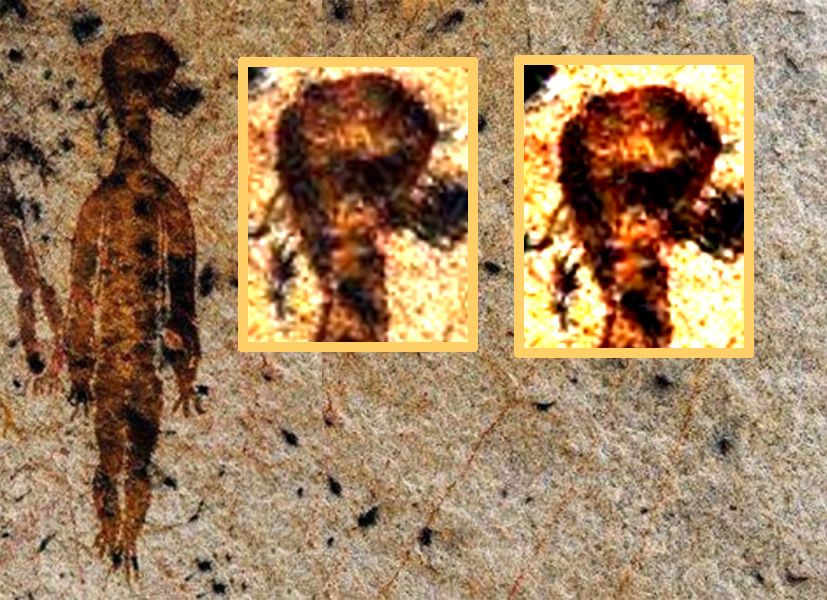 So perhaps these spindly yellow space-chaps were visiting millenia back, but how about now? Well, I found another tantalising set of quotes from an Indian journalist called Shubha Jain who had quite a lot to add. All of it, unfortunately, is second-hand quotes from a “very senior military official”, whom she met in a “Delhi nightclub”… hmmm.

The theory goes that deep canyons in the Himalayas hide UFO bases which both the Chinese and Indian governments are aware of. The Indian military has a strong presence in the area for this reason and public access is blocked. 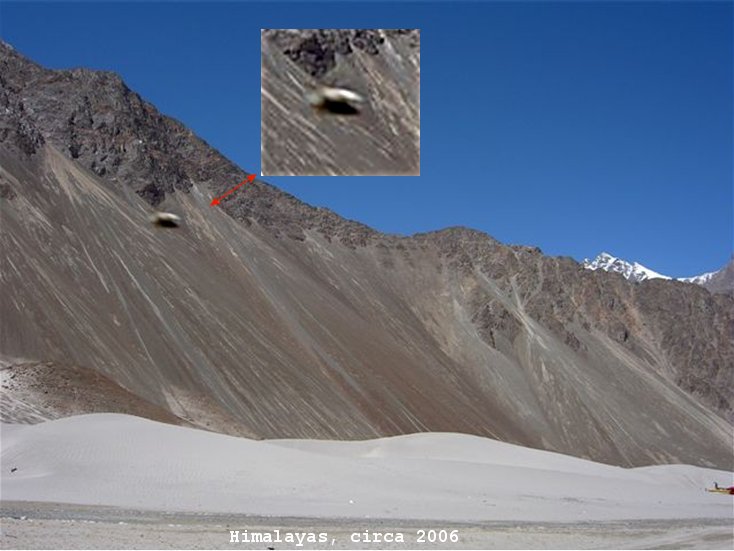 Here are a few words from Shubha Jain regarding the nightclub interview:

According to him [the official], the extraterrestrials have been visiting India and the rest of the world for thousands of years. In recent years, most of the super-powers have been visited. India is no exception.They always make contact through the ground radar stations run by the military.

The Himalayas and Ladakh is where they have made their most recent contact. They want to let Indians know the rules and regulations of the multidimensional universe… India is planning an unmanned moon and later an advanced unmanned Mars expedition. India’s Space Research Organization (SRO) has been given the galactic do’s and don’ts. 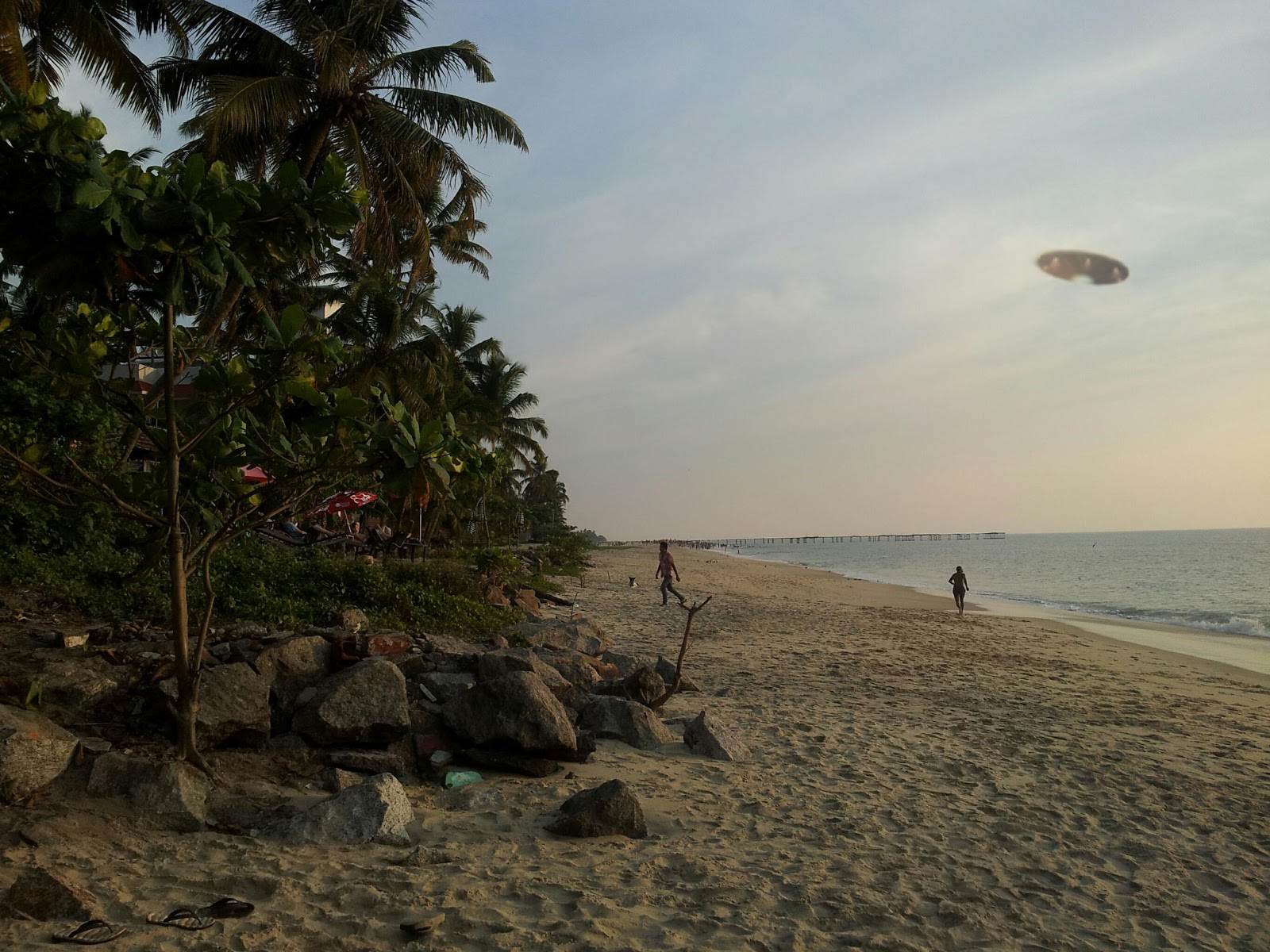 Shubha Jain is another character with very little information about her on Google BTW. But any way, she goes on to say:

According to some in New Delhi, UFOs have made contact with high-ranking officials of the Indian government. The government was initially baffled, not knowing how to react. Later, things became quiet, and it seems that everyone understands that the extraterrestrials are friendly.

If there really is a strong military force in the Himalayas I personally believe it’s more likely to be something to do with the Yeti. I jest of course, but I think the Yeti is a much more believable hoax.

OK, so what about the Russians? 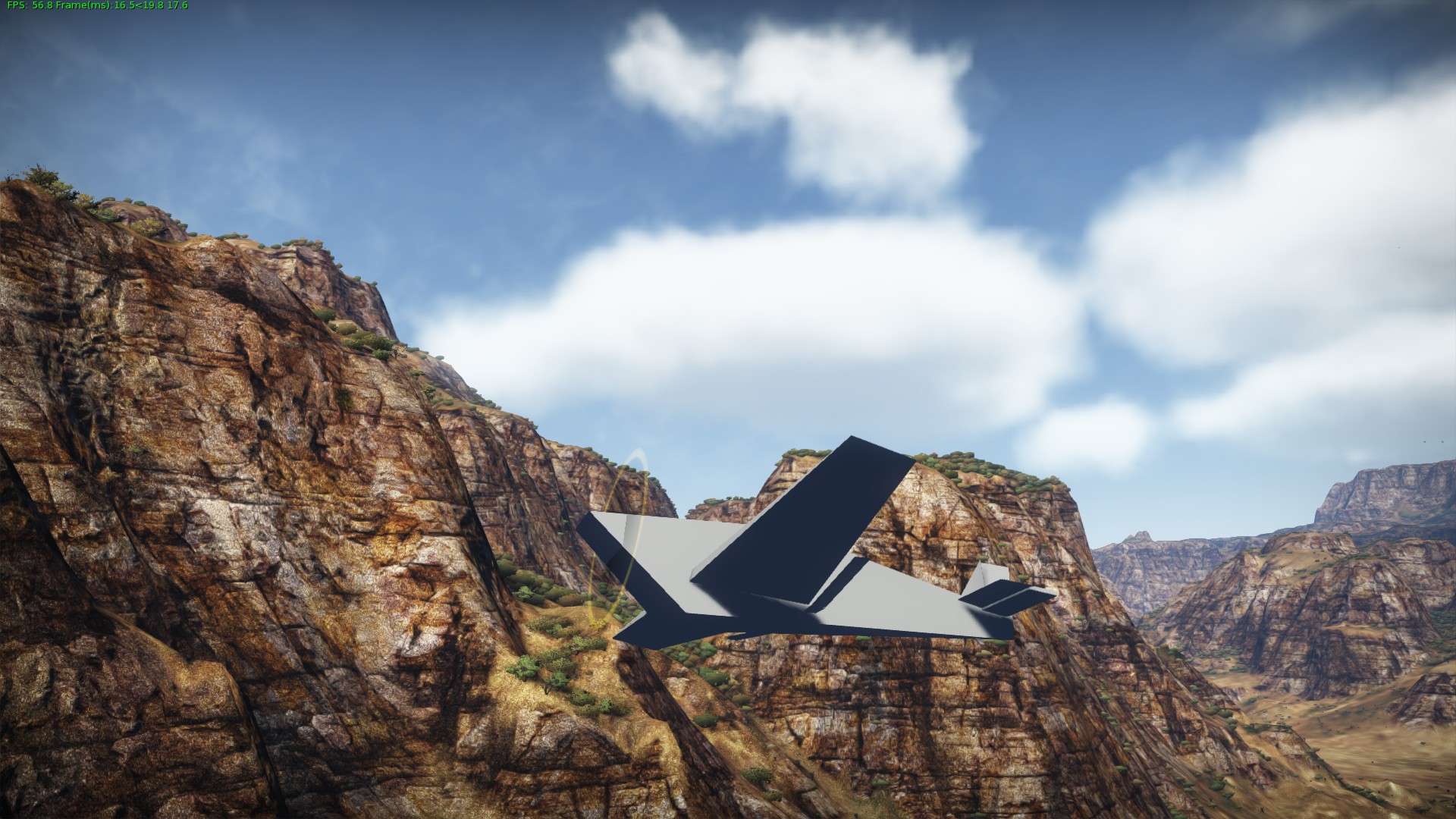 Apparently the Russian guys have been well aware of the presence of earth visiting aliens for decades too. A room full of journalists were recently briefed about Russian military’s involvement with ET spacecraft. 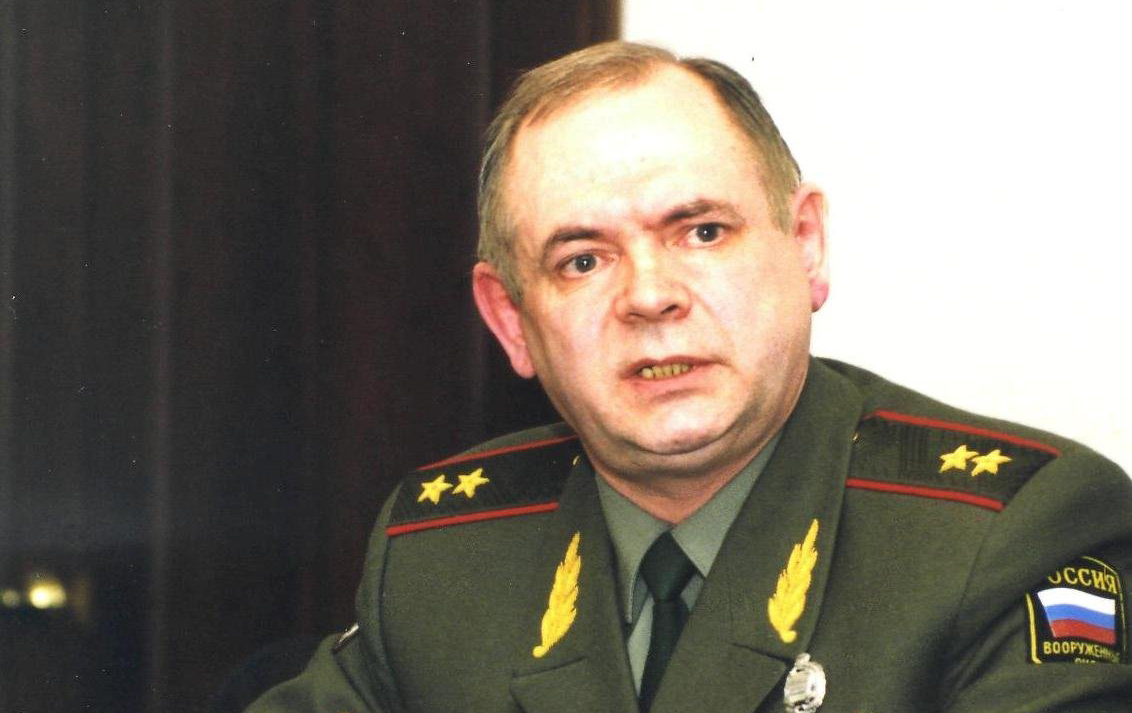 Vasily Yeremenko (above), an ex-KGB / Federal Security Service man and academic at the Academy of Security, Defense and Law Enforcement, was the first to break silence to this gaggle of journalists:

We can say that we learned to summon UFOs in Vladimirovka. To do this, we dramatically increased the number of military flights and movement of the equipment. If the intensity on our side increased, UFOs appeared with the probability of 100%.

The UFO topic today is ubiquitous. Precisely because of its scandalous nature serious scientists are not willing to identify their position on this issue. Pilots often see such objects, but they have a veto on this topic, so do astronauts. In confidential conversations they talk about their experiences meeting with UFOs, but they are afraid to speak publicly about this.

Again, we only have one man’s word on this, and although he obviously comes in high regard, can we fully trust him? I don’t know.

My gut instinct is that people are simply too desperate to believe. They always have been. The problem is, even nowadays when most people carry a camera and video recorder in their pocket and high-definition photos of space, moons and planets are available, we still we have nothing concrete. No evidence, no proof. Unless you count this pyramid-shaped UFO that was spotted hovering over the Kremlin in 2009: 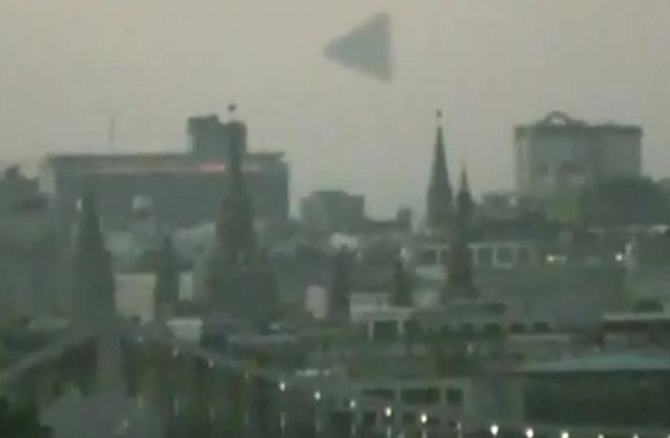 In times past, when technology was more shit, people would be happy to believe that aliens were among us and that one day we would prove it. Now technology is not shit at all, people are all like “oh… we still can’t find the aliens…” so they have to make something else up, whether consciously or unconsciously.

China and India are about as “foreign” as you can be from a Western perspective, so the conspiracy lovers have changed tack and they’re all like “yeah, like we said, the aliens are all here, it’s just that they’re only talking to China and India, because, like, they’re different and mysterious”.

On top of that, countries like India and China are being westernised slowly but surely, whether they like it or not. And one aspect of Western culture which is kind of exciting the first time you hear about it, is UFOs and daft conspiracies. Perhaps they’re getting caught up in it a bit themselves? Like the Chinese guy who made his own fake alien, kept it in the freezer and got arrested because of it.

I’m not buying it. However much I want to.