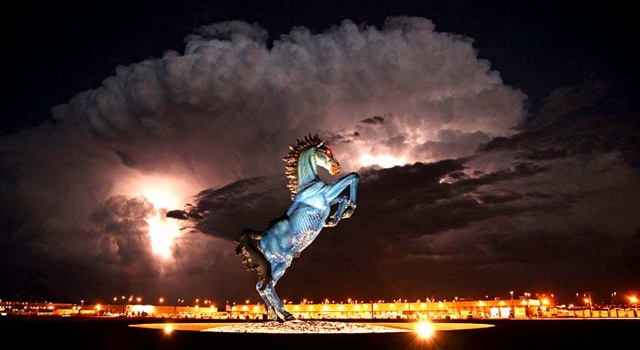 I do love a good conspiracy theory. I never buy into them particularly, but they are a good laugh. You may well have come across this Denver International Airport (DIA) one before. It’s all over the internet like a rash. What sucks in the conspiracy loons is the fact that the art work in the airport is genuinely pretty wild and very, very mental.

I guess it’s confused people enough that they’ve decided there must be something underhanded going on. I mean who would like looking at weird things? Oh yeah, us. So initially I was just going to show you some of the mad art, but I thought I may as well tell you about the conspiracy theories along the way. So buckle up for take off.

The first mad bit of art is the giant blue stallion that greets you as you arrive. It’s certainly not your standard issue public spaces art is it? 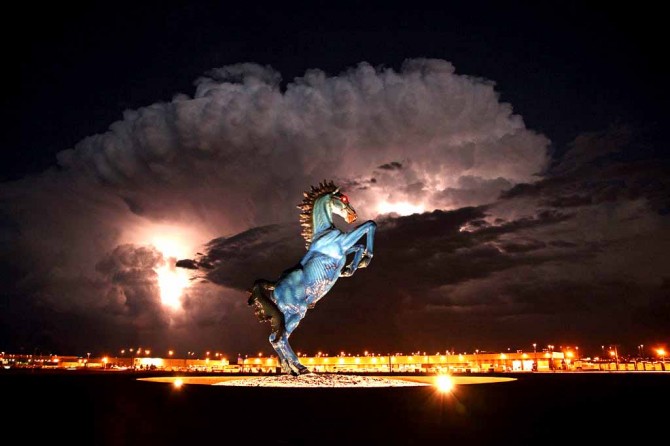 To add a spooky dimension, this massive sculpture did in fact kill its creator. the poor chap that was making it was crushed by a bit that fell off before it was finished. It sliced open an artery in his leg and he bled out, all alone in his studio. Harsh. Initially the eyes were supposed to have lasers in them but in the end they went with red lights which is a proper shame because, as you can imagine I frikkin’ love LAZER HORSES. Here’s a close up of his arse just to show you the magnificent detail: 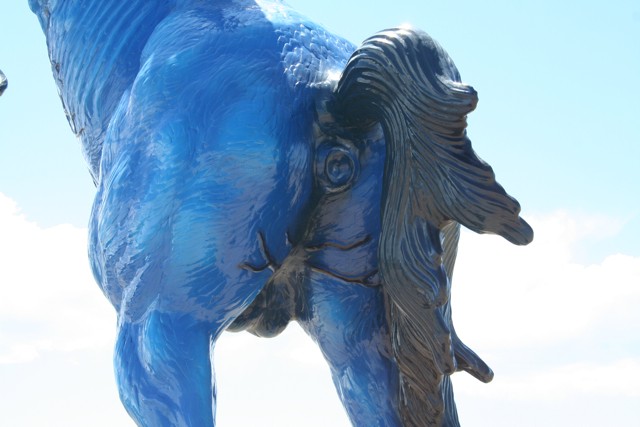