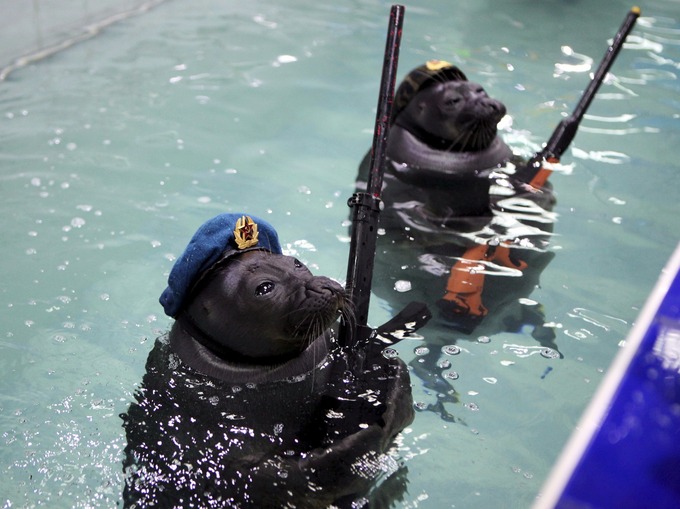 The following clip is just one of the sprawling barrage of weird experimental things that come out of Russia. Like that terrifying anti-tank gun we posted about recently or that guy that created a two-headed dog by transplanting a second head onto a living dog. I guess it’s cool that they’re doing some out-there stuff. Someone’s got to. That’s how breakthroughs are made. 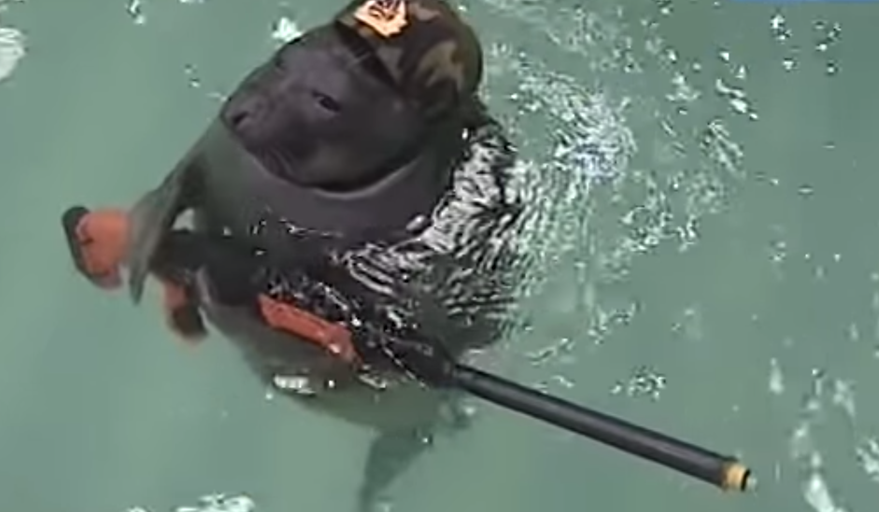 Having said that, I’m not sure how useful these seals will be to the military. It’s hard to work out how serious this is, I mean, they’re training seals to be in the military FFS. It’s actually a video taken from a Russian news broadcast though, so maybe it’s semi-serious. I dunno.

I got YouTube to auto-translate the captions for me and that wasn’t particularly helpful. E.g:

So we’ll have to make our own minds up about this. I’m fairly sure it’s just for some daft aquarium show though:

Is it better or worse than the white beluga whales being trained in Siberia?