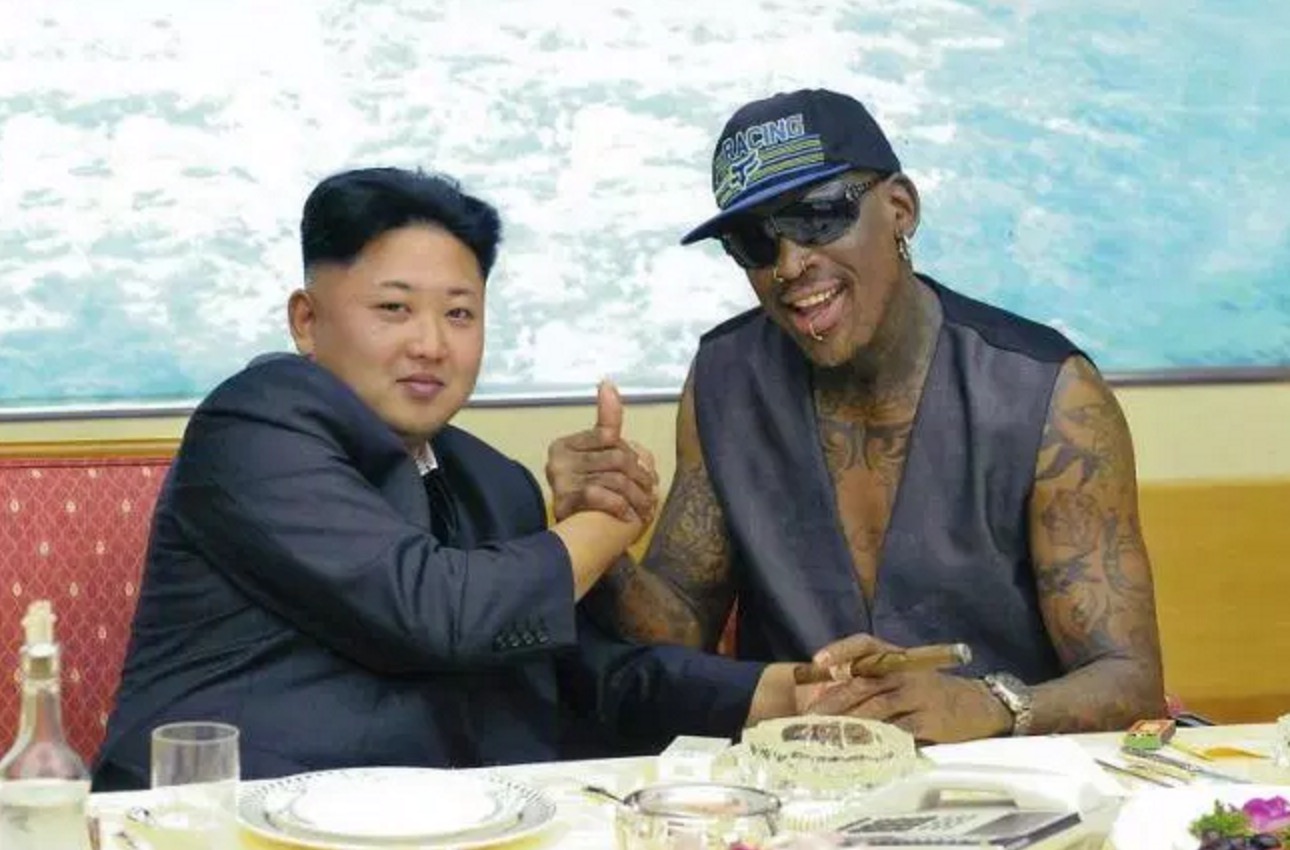 Didn’t see this one coming, did you.

Kim Jong-un came to power in 2011 and since then has pretty much maintained the status quo left by his father and grandfather before him. He’s the third guy in this dynasty to take the reins in North Korea. Democracy is non-existent and the country is probably one of the most closed on earth.

North Korea’s human rights record is awful, let’s not beat around the bush. But can we fully blame Kim? Is there a nugget of goodness within him?

Kim has become a figure of fun for the world’s press, and just the sight of his face brings belly laughs to the wider world. Personally, I don’t know if this fat faced fella is being rightly slammed. I reckon he’s actually pretty darned fresh. After all, North Korea is a small, poor country and yet they are constantly at the centre of the media’s beady eye. China, Russia and America seem are always chatting with him, but places like Luxembourg and Angola don’t even get a sidewards glance. North Korea’s fearless leader must be doing something right to keep them in the limelight.

Yes, Kim Jong-un has more than 100,000 political prisoners and a butt tonne of hungry, repressed people in his country; but when you compare that to America, is he really so bad? The US ain’t exactly sparkly white, are they? Illegal detention camps, illegal wars, racism, warmongering; you get the point.

But to be fair, yes, Kim probably is all that bad, but check out the points below to get a real feel for the good side of the man:

He Has The Best Ideas 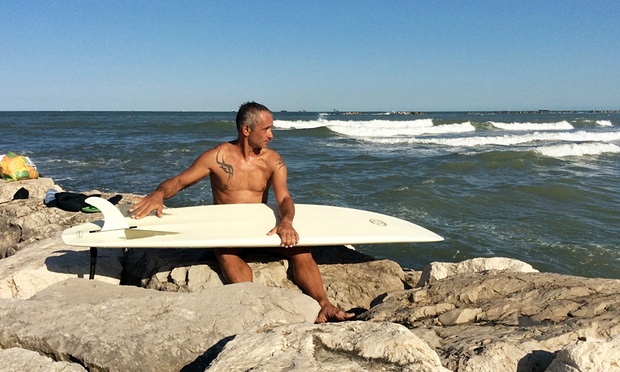 An important facet of any leader is their ability to have cracking ideas, and Kim Jong-un excels at this. For instance, not so long ago, in a bid to increase tourism he decided it would be ace to turn North Korea into the next big surf destination. It makes a lot of sense, there will be no one else chilling on the beaches of North Korea, they’re too busy trying to survive, so surfers would get a lot of elbow room. A team has even been put together to look into this project, including Italian champion surfer Nicola Zanella (above).

And it’s not just surfing holidays that our fat little friend has in store. He’s also planning to open a new airport on an ex-military base and start opening ski resorts. I shit you not.

The £130 million airport terminal will open in November and, hopefully, welcome 2,000 visitors per day. Initially it will just be domestic flights but the aim is to open it to foreign travellers too.

The funny thing is, although it’s not really funny, is that the people who live in his country are even less likely to leave than ever. Since his father’s death he has stepped up military presence on the borders between Russia and particularly China (below). North Korean border guards used to be partial to a bribe or two, but Kim’s stepped up the punishment of bribe recipients, so that’s pretty much disappeared. 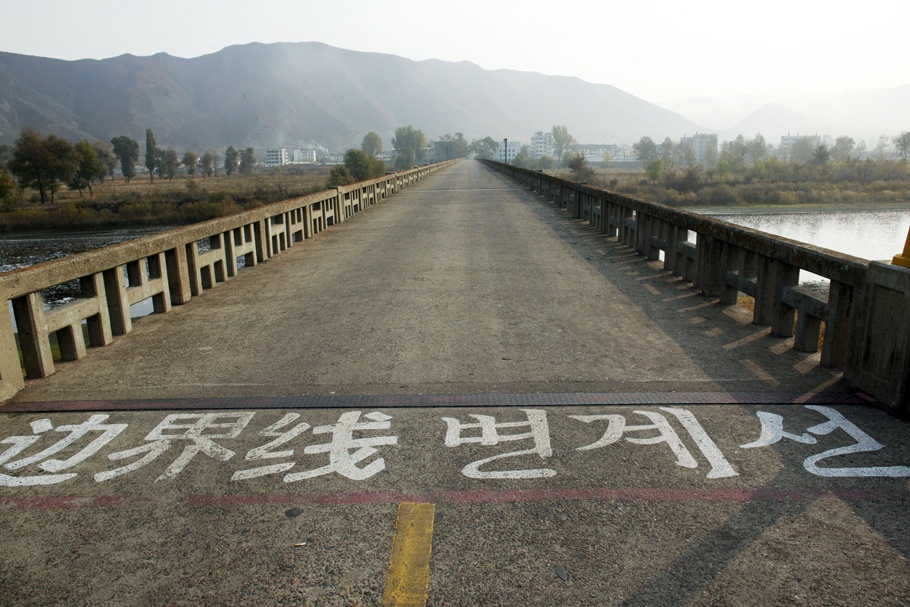 In June 2013, nine defectors — the youngest just 13 — were caught on the border with Laos. They were immediately returned to North Korea. After appearing on state television to convincingly insist that they were delighted to be home, they were all executed.

Anyway, I digress, back to the good ideas: whenever Kim Jong-un visits a factory or a school he always has great input and feedback for anyone who’ll listen (and, of course, everyone listens good). That’s why you’ll always see people in the background jotting down his every word. The man knows what’s up (and if you don’t listen to him he’ll have you eaten alive by dogs. So you’d better take notes).

Click through the following images of Kim looking at things whilst his advisers wait patiently with their notebooks: 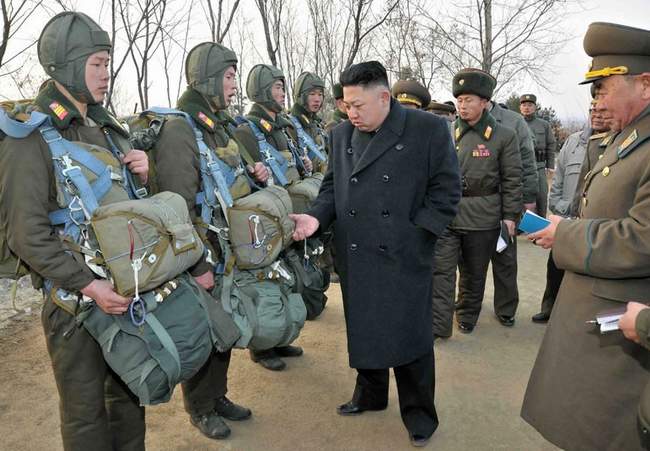