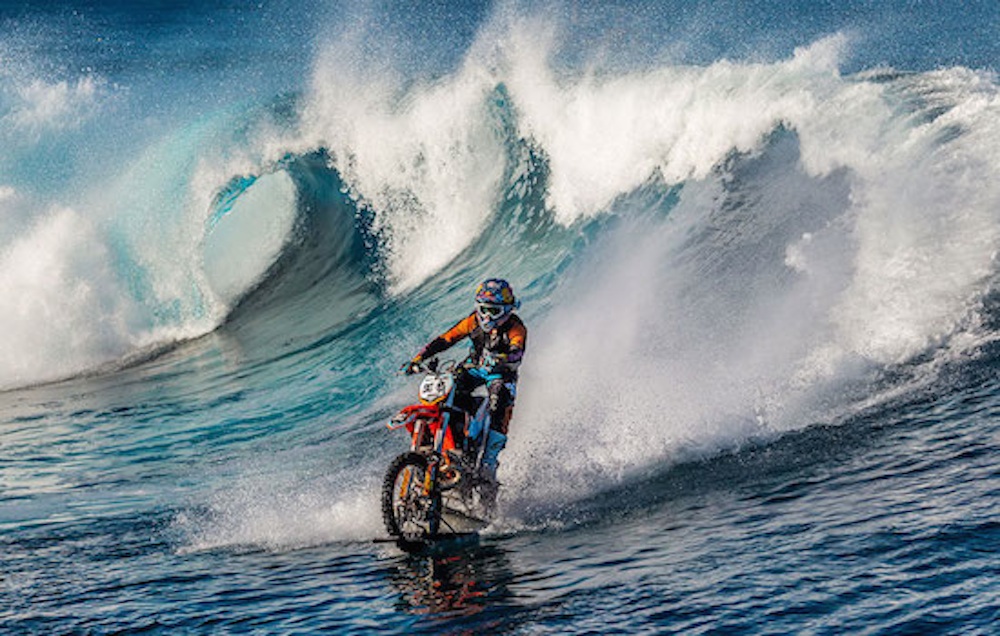 I’ve got absolutely no idea how this works but it’s one of the coolest thing I’ve ever seen.

Robbie Maddison is a legendary dirt bike rider and he’s propelled himself even further into the mythos of the sport with this incredible video which sees him riding a dirt bike on the waves of Tahiti.

Apparently Pipe Dream was two years in the making and you can probably understand why as riding a dirt bike on water sounds pretty much impossible. I don’t really understand how he’s done it either and it isn’t explained, but it looks completely and utterly sick from the video.

Apparently his team spent days testing and building fins, waterproof sealed engines and different rear tyre designs in order to build the hydro planing bike, but I that doesn’t really bring my any closer to understanding how exactly it’s possible. Either way though, it doesn’t change it from being absolutely mind-blowing and awesome.

Here’s what Robbie had to say about the experience:

It’s not about the first or being right, it’s about believing in yourself because you know something is possible.

Quite. Inspiring stuff – it pumps me up almost as much as Shia LaBouef’s motivational speeches.