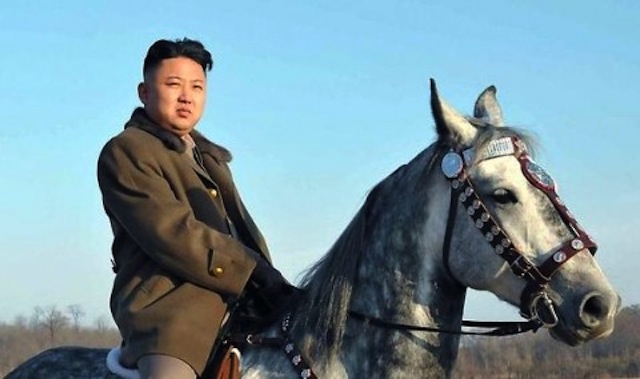 Turns out Kim Jong Unâ€™s uncle was stripped naked, thrown into a cage and eaten alive by a pack of ravenous dogs that had been starved for 5 days.

Turns out Kim Jong Un’s uncle was stripped naked, thrown into a cage and eaten alive by a pack of ravenous dogs that had been starved for 5 days, when his nephew decided he should die a couple weeks ago. Kim and his brother Kim Jong Chol supervised the one-hour ordeal along with 300 other officials – the Hong Kong based newspaper Wen Wei Po reported that his uncle and aides were “completely eaten up”.

â˜› Check This Out Next: 41 Uncensored Photos From North Korea

We get it Kim, you’re a crazed psychotic ruler of a nation who should never under any circumstances be crossed. People hear your name on the streets and quake in their boots. You’re Scarface, Heisenberg and Keyser Soze all rolled into one. You are not to be messed with and that is a fact. Message received — loud and clear.

So now that your reputation as the most relentless, sadistic bastard on Earth has been set in stone there’s really no need to keep doing these incredibly messed up things. Murdering your uncle and his friends while drunk off your nut was quite enough, we don’t need to hear about how you did it feeding him alive to 120 starving dogs. It’s just a bit excessive.

Dennis Rodman says you’re a nice guy but don’t worry, we don’t believe him. You’re a sick fuck — we accept it. Let’s just keep things moving and try tone down the levels of brutal, relentless violence from now on. Cheers.

And here’s how Kim kicked off the new year: