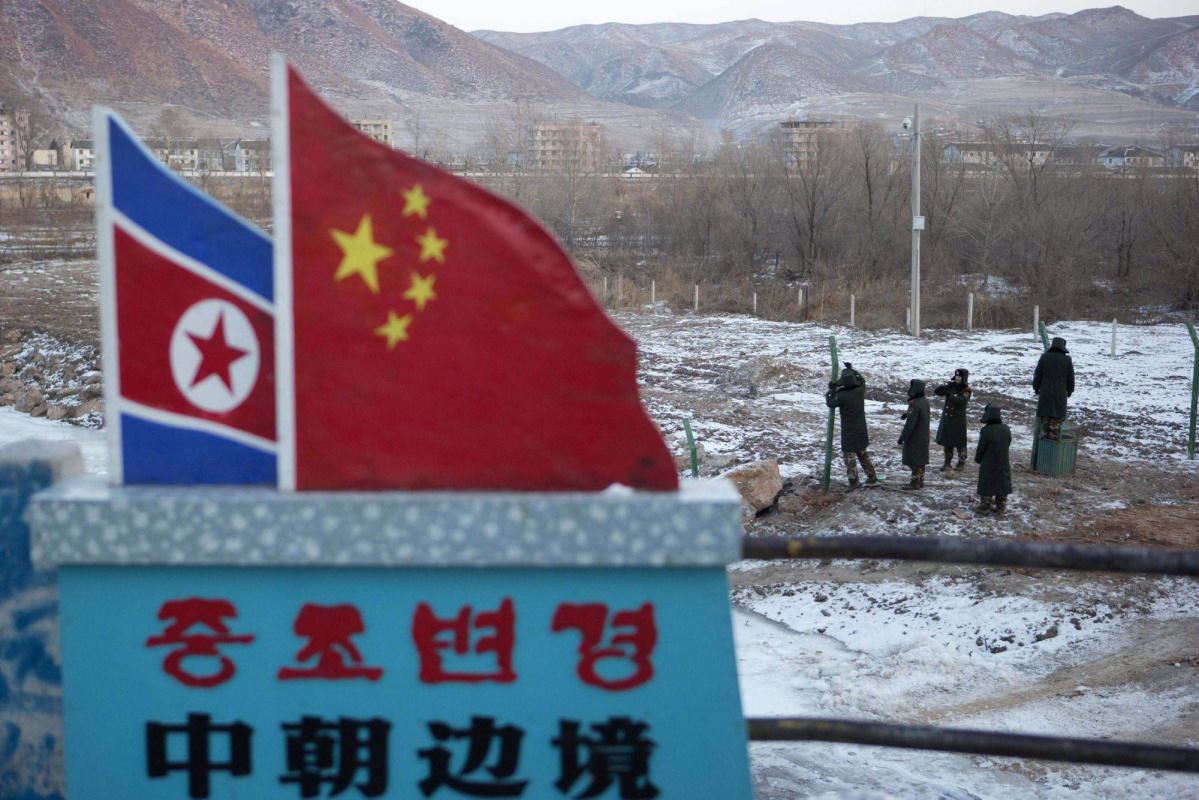 Last week China has raised an official complaint with North Korea after some sinister events that unfurled in Jilin Province, China. A North Korean soldier went AWOL and killed four Chinese citizens in the remote area near the DPRK / China border.

Early on the morning of December 27th the soldier crossed into China, shot dead an elderly ethnic Korean and his wife, then beat to death another elderly couple. Chinese police shot the North Korean later in the day and he has been in hospital ever since where he hasn’t regained consciousness. 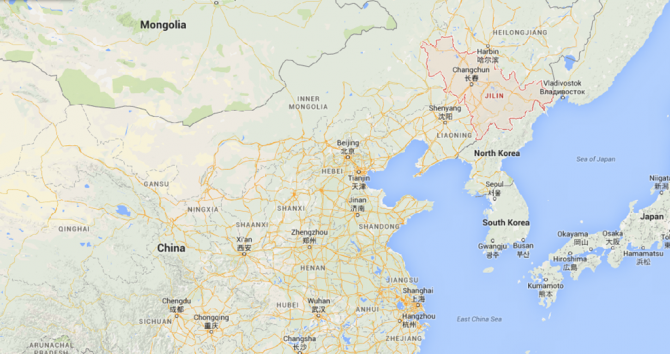 Historically China has been sympathetic to North Korea, despite their hideous back catalogue of human rights abuses. China sells them cheap food and buys low-grade goods from them to help keep the country afloat (as does their other neighbour Russia). China also helps protect its communist cousin from punitive sanctions by the UN Security Council.

This well needed buffer between North Korea and the rest of the world is slowly deteriorating and the relationship is souring. China was not at all impressed with North Korea’s murder of Kim Jon un’s uncle in 2013 and they’re not at all keen on North Korea’s nuclear proliferation either.

The news of this murder has only recently seeped out of China because of concerns about the effect on the tourist trade in nearby Helong, part of the Yanbian Korean Autonomous Prefecture. The main Chinese media haven’t reported on it at all. The area is host to numerous parks, ancient monuments and the incredibly attractive Paektu Mountain which draws in admirers from miles around: 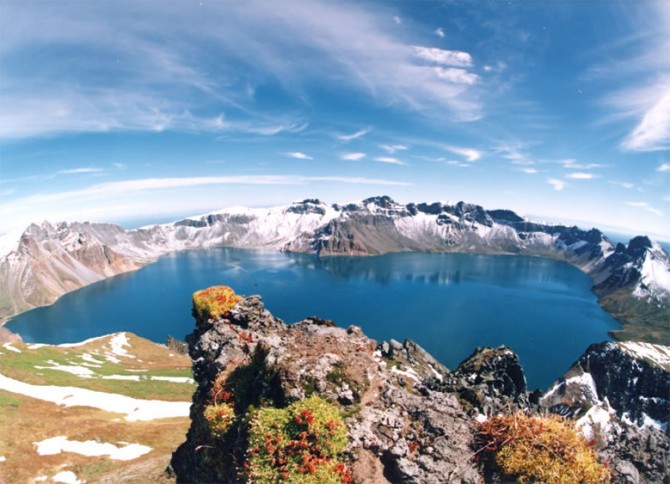 This recent mad soldier’s rampage would be bad enough, but it seems that this is by no means the first time something along these lines has happened. A reporter from NK Daily wrote the following:

There is a long history of border crossing followed by low-impact thievery and general troublemaking in border villages, as well as previous cases of more serious crimes like rape, and even the occasional murder on North Korean territory followed by gunfights and cross-border manhunts. 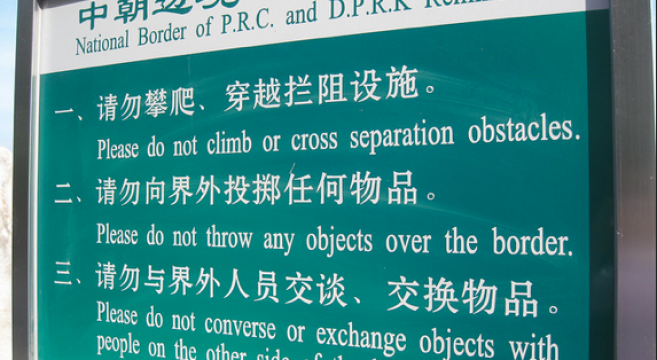 In March last year twelve (unarmed) North Korean soldiers defected to China, but they were caught and returned to North Korea without loss of life or property. These infiltrations and attacks have remained unreported by Chinese mainstream media, but Chinese websites like Baidu have broken the silence.

One user – Zhuangchu Fan – from the town of Baishan in Jilin province, posted photos of posters warning residents to beware of armed North Koreans. 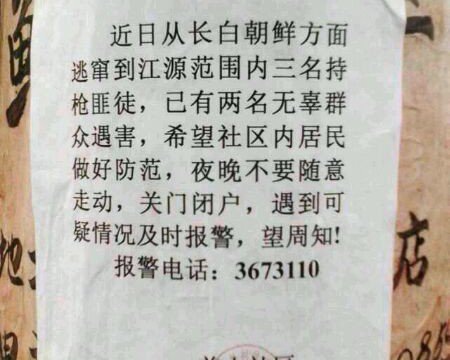 The post was titled “Only a river separates us from North Korea” and read:

Scary photos from yesterday… They’re relatively close, so they often swim across and steal things. They’re poor and crazy — if you leave clothes outside they’ll steal them. They’ll even steal socks and underwear, or food. They’re really bad people; they don’t just steal either, they kill people too. I’m a poor, weak woman so I’m really nervous. I saw these notices yesterday in Baishan. I’m really nervous. North Koreans are scary.

Baishan is just 30 km from the North Korean border, and although the sentiment of the posts is worrying, it is difficult to know how genuine the threat is. Prejudice against North Koreans is pretty strong in China, especially near the border.

After the events in December it is clear there is a certain level of danger, but it’s difficult to know how much is real and how much is imagined. 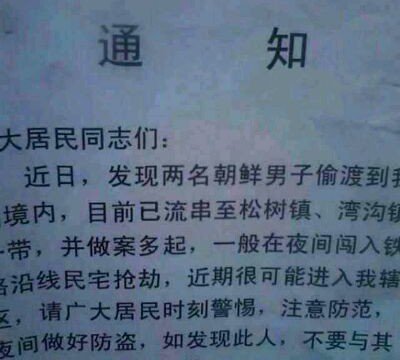 One of the public notices posted on the forum read:

Attention all residents: We have been informed by higher authorities that three armed North Korean soldiers have illegally entered Baishan. All residents should take special care in remaining safe when out and about (especially women and children).

Another, apparently published by the authorities in the Qianshan neighborhood of Baishan reads:

Three armed criminals recently fled from the Changbai Autonomous Korean Region to Jiangyuan district. They have killed two innocent people. Community residents are requested to be on guard. Avoid traveling at night, lock all doors, and tell the authorities if you come across anyone suspicious. Spread the message!

And a third simply read:

Reactions from Chinese users on Baidu varied as you would imagine, some responded with fear, others with ridicule. One reply suggested they swim across the river and give “Fatty III” a visit. “Fatty III” is a Chinese nickname for Kim Jong un apparently, I think I’ll start using that myself. 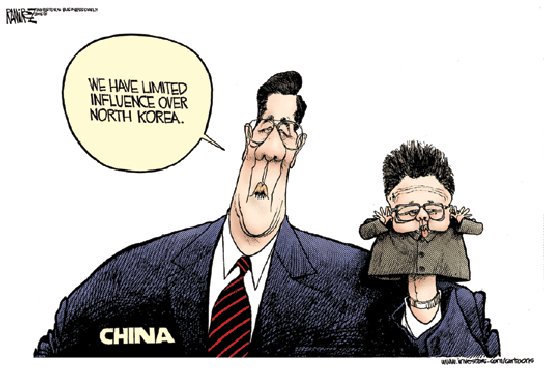 If I were a Chinese citizen on the border of North Korea I would probably be a little nervous. But it’s difficult to blame the North Koreans for their actions. They’re starving hungry and crushingly poor and if they’re caught trying to escape the country they will be sent back and severely punished in the unrelenting North Korean death camp system. 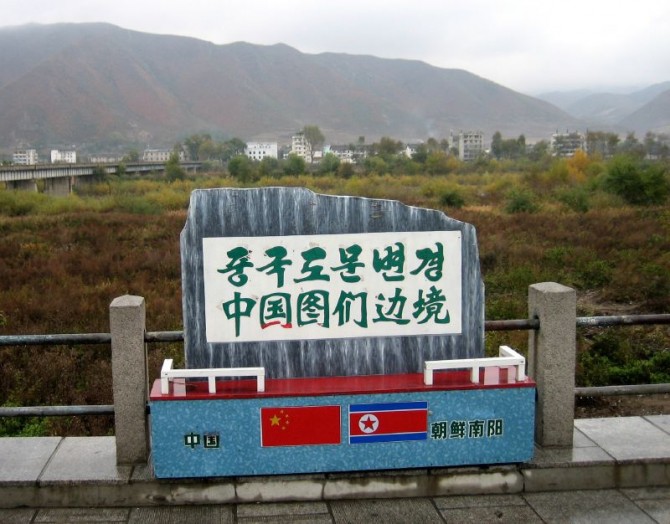 As of 2012 there are estimated to be at least 200,000 North Koreans illegally hiding in China, most of which have entered through Jilin province.  The problem in the DPRK is not one that will be easily or quickly solved, and until then it’s the normal folk that are going to suffer.