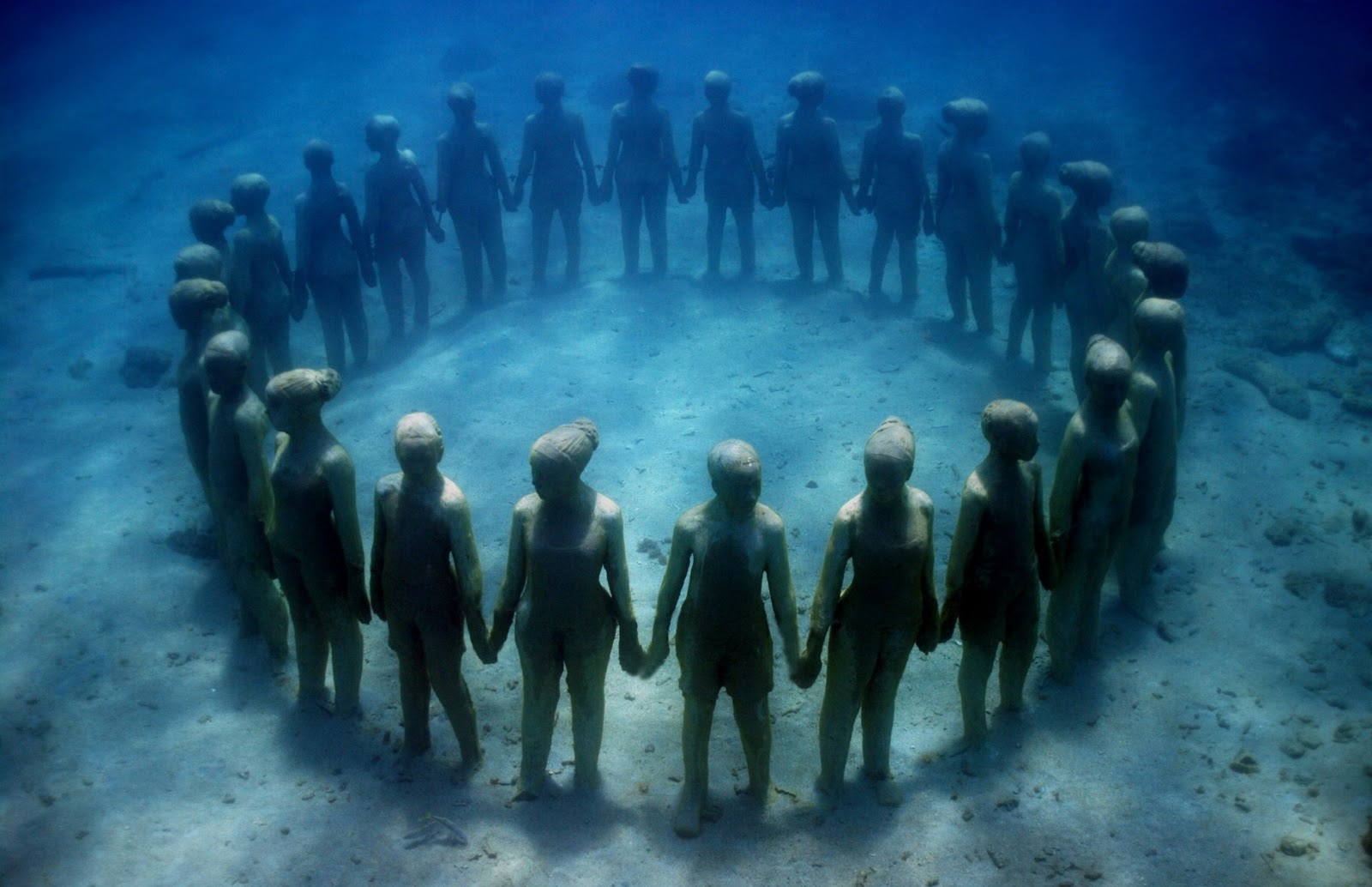 Here’s 5 underwater discoveries that point to ancient civilizations dwelling on earth thousands of years earlier than we thought… possibly.

The saying goes that we know more about the surface of the moon than we do about the bottom of the sea. But as technology improves and people have more time and money on their hands we’re slowly charting the anomalies that the oceans and waterways of earth have to offer. What we find down there is just as alien and confusing as the depths of space, or the dream sequences in Twin Peaks. Each scientific expedition increases our knowledge exponentially.

Here’s five oddities that have us asking whether we know anything about our planet at all. Some say that the following structures are evidence for alien visitation, others point to these findings as proof that our timeline of human civilisation is skew-whiff. Others still maintain that these oddities just prove we don’t understand oceanography and geology as well as we’d thought. 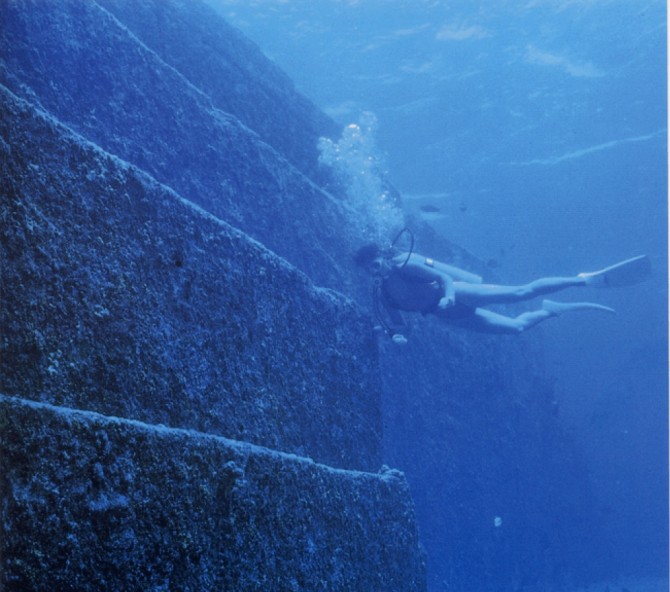 This ancient and mental looking structure was found off the coast of Japan in 1987. It looks man-made and the rocks are 20 million years old. The Yonaguni region is good for watching hammer-head sharks and has been a popular dive spot for a while, but since these “ruins” were found people go to see them as much as the sharks.

The main part of the structure is a large rectangle 40 x 150 m and 27 m tall. From the pictures you can understand why people are presuming this structure is of human origin. The smooth curves and precise angles scream human intervention. 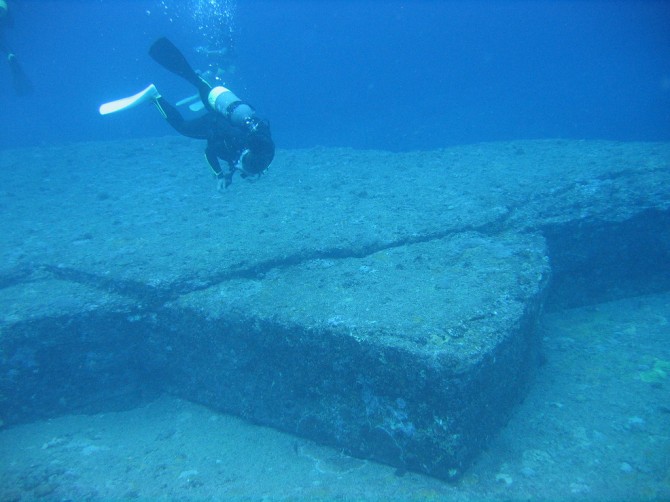 Each of the individual angles or smooth surfaces can be interpreted as products of natural marine geology, but the likelihood of all of the structures being present in one place is slim. A one-off 90 degree angle is explainable, but a whole rectangle is a little more confusing.

Some researchers think that tectonic activity sent the structures underwater but before that they were a focal point for an ancient civilisation maybe 2000 years BC. Some believe that the rocks were already an odd shape and that humans perhaps just altered them slightly to give them their surprisingly regular appearance. Or… ALIENS.

In 2011 the Swedish “Ocean X” dive team was looking for hidden treasure when it came across a huge stone disk on the bottom of the Baltic Sea. This 60 metre Millenium Falcon sits on top of a pillar and looks like it has a staircase that descends into a dark pit.

The 8 metre tall disc lays more than 80 metres deep and sits and the end of what looks like a runway. Using infrared spectroscopy the material that makes up the “craft” has been identified as limonite and goethite. According to some this points to the craft being made using modern technology; other more sanguine scientists claim that these two compounds are sometimes made in the formation of “nodules” on the sea bed. So it may simply be another natural and barely understood phenomena. 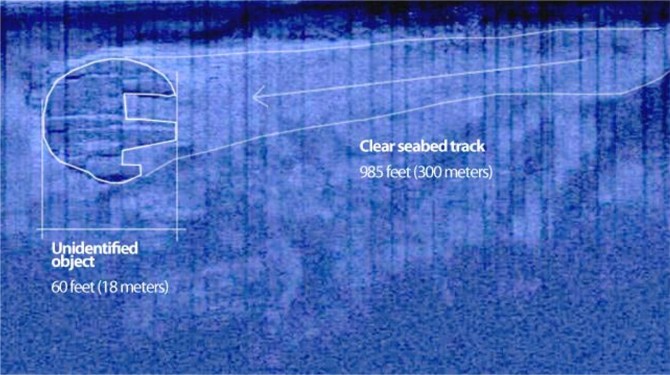 Other theories explain the odd shape as some kind of WWII anti submarine defense, a gun turret, sediment from a fishing boat or…. ALIENS. 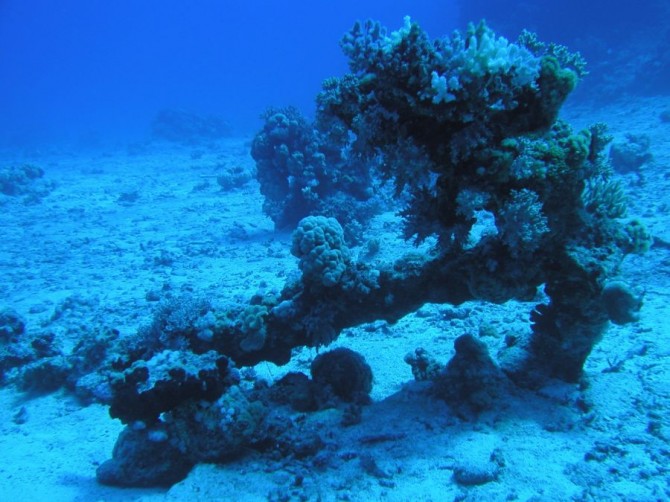 The Gulf of Kambhat is an inlet of the Arabian sea on the west coast of India. In 2010 the National Institute of Ocean Technology came across some surprising finds, these were then backed up by a coastal research team in the same year.

The teams found geometric shapes where they didn’t think there should be geometric shapes and ancient underwater river channels that seemed to be man-made. These discoveries were made 20 miles from the modern coastline. Marine scientists know that the coast has indeed moved a great distance over the millenia but what startled the media was the carbon dates of this new-found drowned town. 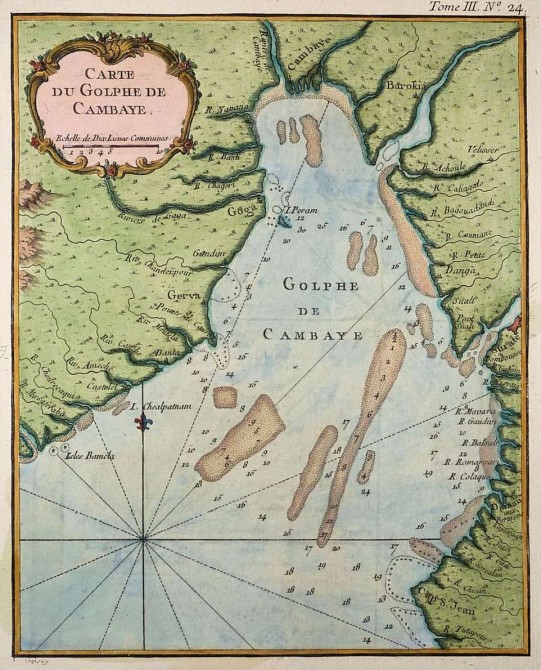 The earliest civilizations we know of were coming of age a bit before 3000 BC as far as we can tell, but the carbon dating of some timber from the Kambhat site blows that right out of the water. This chunk of wood was dated back to before 7000 BC. That really would be one in the eye for the history of human civilisation and really mess up a few text books. 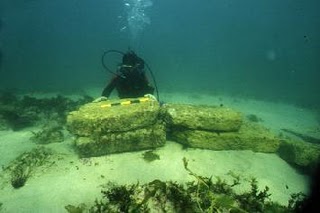 But before we get too excited there are many naysayers. Some mention the fact that a bit of wood is not evidence of human activity, they already know that the sea rose and covered woodland. Other artifacts have been found that definitely point to human habitation – building materials and small bits of pottery, but all of these could have been dropped from boats and haven’t been dated so old. Other seemingly built structures are present too, and it does look like it was a town, we just don’t know how old.

So the juries out and the text-book manufacturers can chill out for now, personally I think it’s… ALIENS. 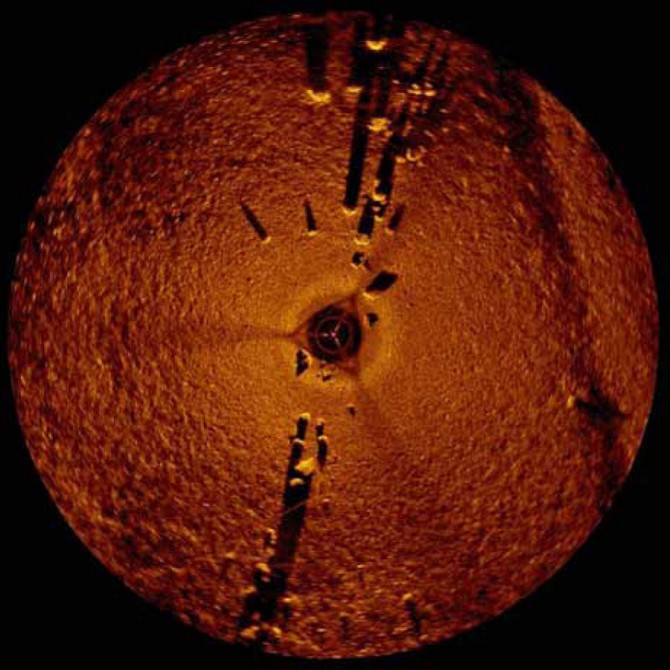 In 2007 a professor of underwater archaeology found what he thinks could be a stone circle similar to Stonehenge at the bottom of Lake Michigan. One of these rocks has an ancient impression of a Mastodon on it. If this is what he thinks it is it could be up to 10,000 years old. A date like that would throw things off for the timeline of human and mastodon history in the area.

Looking at the carving of a mastodon in the images provided, it really does seem like wishful thinking. The area around the lake does have standing stones and petroglyphs but nothing as old as this would be. 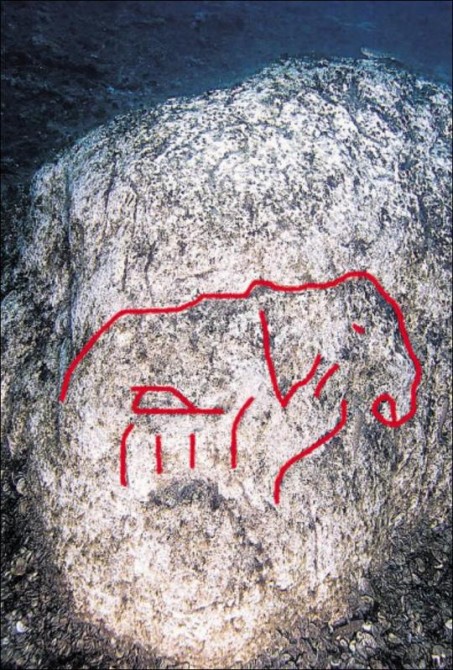 I’m not 100% convinced by this one. The rocks could be randomly positioned, it doesn’t look particularly “civilised” to me. But that doesn’t rule out ALIENS. 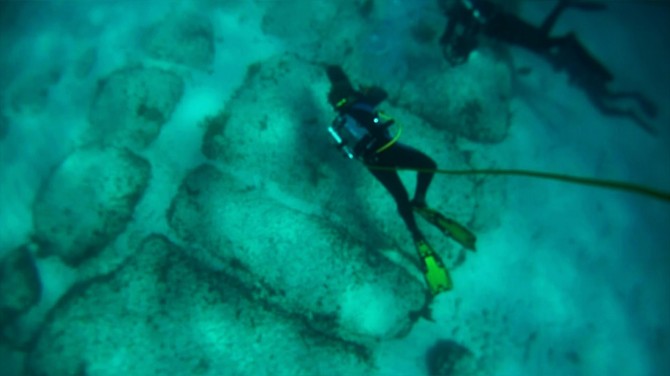 The Bimini Road is a group of stone structures off the coast of North Bimini Island in the Bahamas. They look like they could well be submerged ancient roads. As with all of these structures we’ve mentioned today, some scientists say they are a natural occurrence whilst others say they are either ancient roads or the tip of an ancient wall. Some reports initially claimed that through the cracks in the rocks it was possible to see a deeper structure to the road, but this now appears to be incorrect. 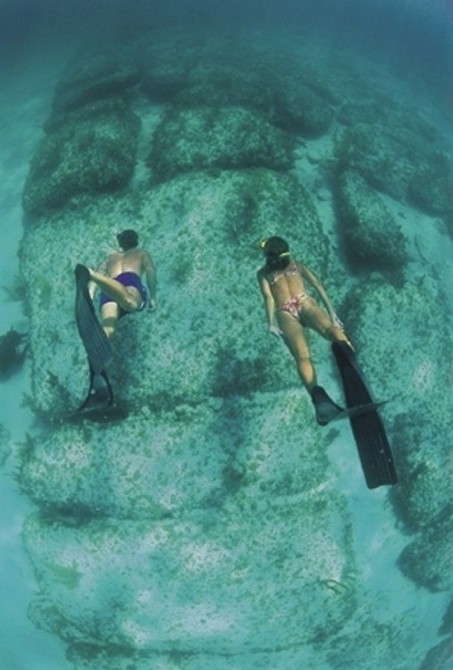 One of the more madcap explanations of these “walls” is that China discovered America in 1421. Gavin Menzies, an amateur archaeologist, reckons that admiral Zheng He was circumnavigating the globe in 1421 and ran into a spot of stormy trouble near Bimini. Some of the junks were ruined and these slip roads were built to help drag the boats ashore for repair.

The general consensus from professional geologists and archaeologists is that they consist of naturally disintegrated oceanic bedrock… or… ALIENS.

So there’s still many a mystery to be solved in the deep. It’s a natural reaction for us humans to scream “ALIENS“! whenever we can’t understand things. But there’s rarely much evidence to support that. One problem with ocean archaeology is that you can’t just get Baldrick and his mates to get into scuba gear and have a dig about like you can on the land. It’s all a lot more complicated and expensive.

However you choose to explain these phenomena there’s no denying that they are fascinating. The whole thing fills me with eager excitement as I wait to see what the next discovery will be.