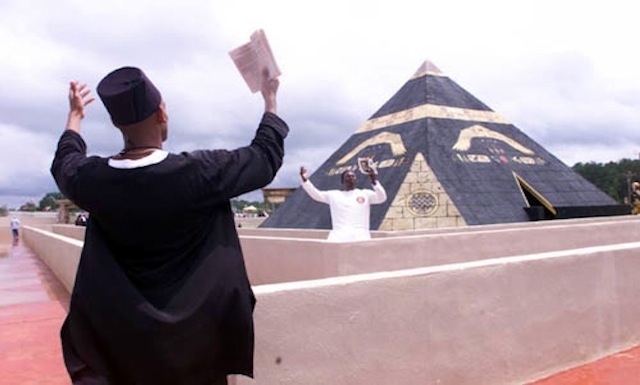 Dwight York, leader of an American alien/Egyptian cult is currently serving a 135 year prison sentence. The scope of his crimes is quite, quite mind blowing…

The Nuwaubians are an American black power cult very loosely based on Islam. They claim to have descended from ancient Egyptians and American Indians and aliens from another Galaxy. The Nuwaubian’s criminal leader Dwight York is one of the oddest characters of all time. Here’s a condensed history.

This black supremacist sect known in full as the United Nuwaubian Nation of Moors moved to central Georgia in 1993 and proceeded to build two massive pyramids. The strange architecture, armed guards and the talk of being picked up by an alien craft in 2003 caused quite a stir in the middle of Hicksville. 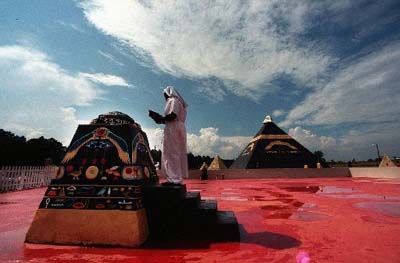 The site, called by followers Tan-Re was considered a potential future Waco by the FBI who kept a close eye on it at the time. However, York isn’t considered much of a risk nowadays as he’s currently serving a 135 year sentence in a US prison. Here’s the story of why.

York’s early years are as shrouded in mystery as the rest of his strange life; even his town of birth is under question. Was he born in New York, Boston or Ghana? Depends who you ask. And whether he was born in 1935 or 45 is also up for debate. York says he was born in Massachusetts and at the age of seven went to Aswan, Egypt for 5 years to learn about Islam, but I’m not sure I’d take his word for it. 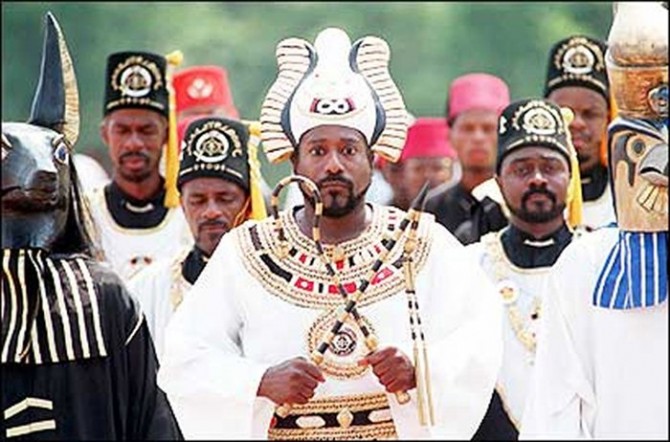 In the late 1960s York, calling himself “Imaam Isa”, combined elements of a few groups including the Moorish Science Temple of America and Freemasonry, and invented a quasi-Muslim black nationalist movement, which he called “Ansaar Pure Sufi”. That was his beginnings as a cult leader…