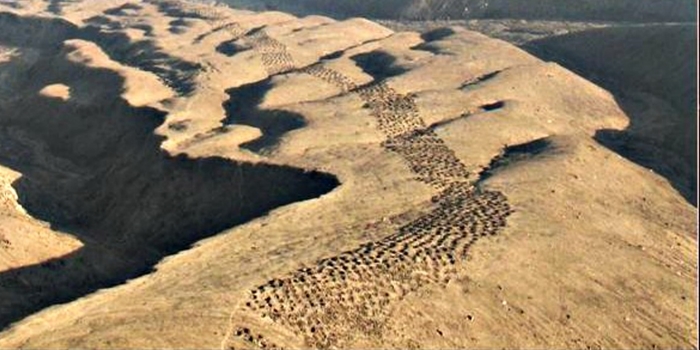 If you like a bit of a mystery you’ll love this. The Band of Holes is a massive line of holes dug into rugged plains in Peru. No one knows why, not even you.

I love a good mystery, from the riddle of who killed Barry from Eastenders to the puzzle of how wires manage to knot themselves tightly when left untouched in a draw. The human brain marbles like to be challenged. It’s in our nature to question. In this modern era when we’re tempted to make out like we’ve got it all sorted, it’s nice to feel genuinely stumped. It puts us back in our places and helps us to realise that we are just a blink of an eye.

Most of you will have heard of the impressive and weird Nazca Lines of Peru, but I hadn’t heard of their neighbouring enigma, the ‘Band of Holes’ until just now. Here’s a satellite image of a section of the band: 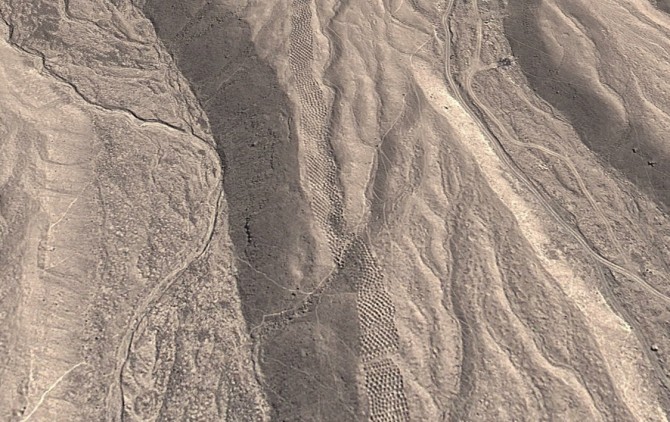 This Band of Holes is situated near Pisco Valley on the Cajamarquilla plain. It consists of nearly 7000 holes dug into the rough, uneven mountainous terrain of the region. They were made so long ago that even the locals don’t know who built them or indeed why. Whoever made them must have really wanted a butt load of holes in the ground. It would have been a long and tiring labour of love. 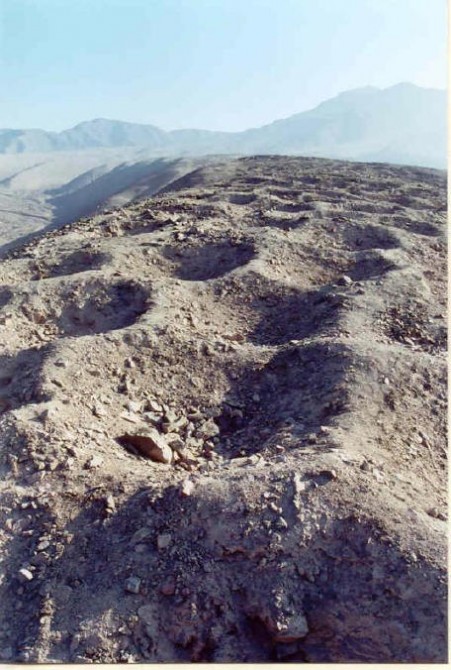 The holes are between three and thirty feet across and up to seven feet deep. Some of the holes (like the ones above) are mere indentations and look as though they haven’t been completed, even though they’re sat amongst much deeper holes. Strange indeed. Here they are recoloured in brown so they’re easier to spot: 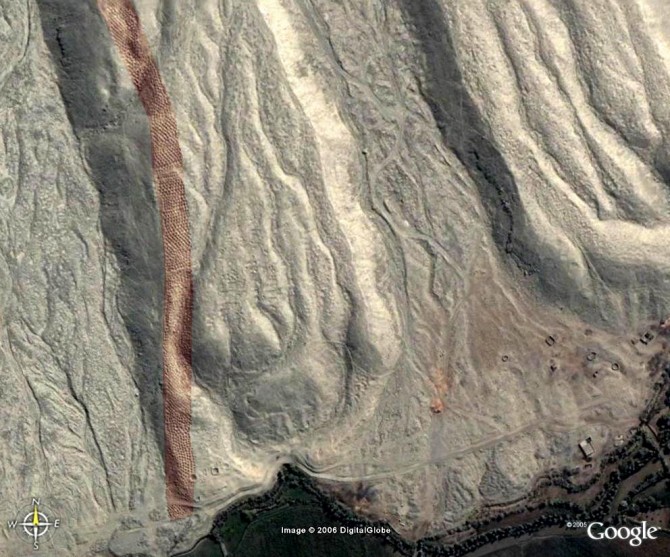 That’s quite a lot of holes ain’t it? More pictures on the next page…