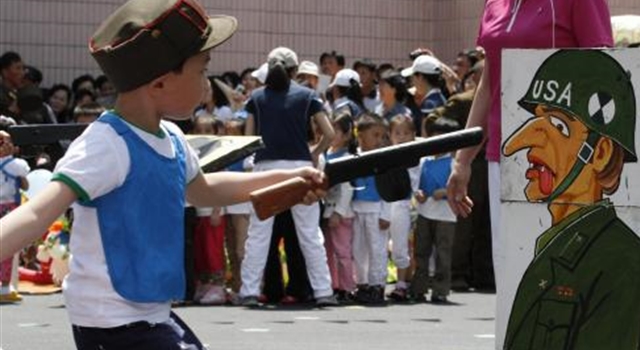 Here’s some genuine and disturbing maths problems from a North Korean text book. I’ve also slipped in some jokes school propaganda posters for you too…

Everyone knows North Korea keeps itself to itself. Everyone knows it’s run by a tyrant and that everyone who lives there is indoctrinated 24/7. It’s one thing to be aware of it and quite another to see it in action.

If you want to keep a whole nation blind to its own problems and fully sedated, you have to use some pretty fancy footwork to keep the masses down. Indoctrination has to start early, and that means that hating the Americans must be a priority right from the year dot.

What better time to smear your muck on the minds of the children than when they’re at school. So what I’ve got for you today is some genuine questions taken from maths text books from North Korean schools, mixed up with some propaganda posters for your visual pleasure. This is the cover of the book that the problems are taken from. As you can imagine it’s a pretty rare find, very little goes into or out of North Korea. Not with out that little fat fella’s say so any way. 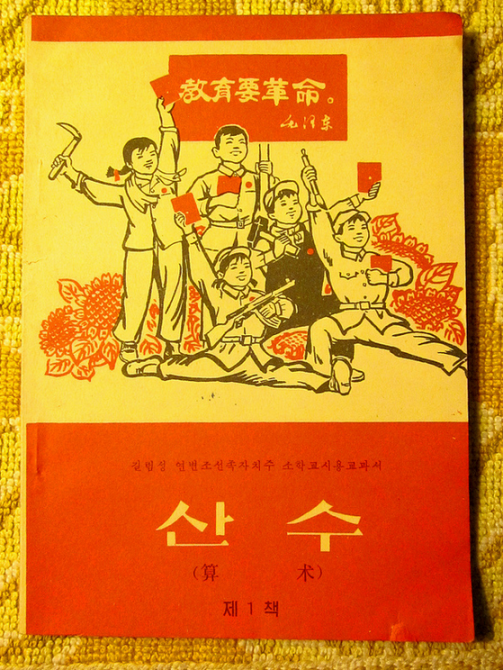 Here we go, thinking hats on: 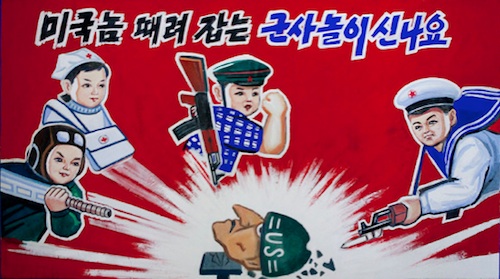 Wolves. Lol. More on next page…

â˜› Read Next: The Sick Chirpse Guide To Why North Korea Hates America