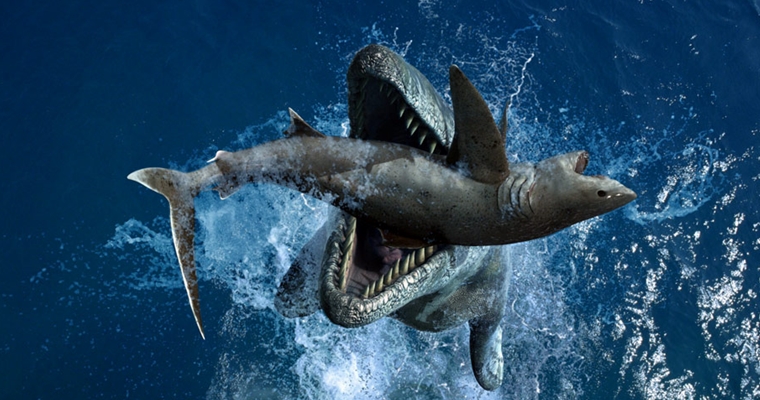 Here’s some sounds from the deep that even the experts can’t explain. I reckon it’s monsters for sure. Are you with me?

With a lot of “mysterious” things, like ghosts and ghoulies, levitation and Derek Acorah, there’s a simpler, much more boring answer to what’s going on: Photoshop/ lying explains 99.99% of these phenomena. The other day I was a touch worse for wear when I happened across some strange recordings of unexplained sounds in the remote Pacific Ocean. They creeped me out basically. These strange sounds I’m chatting about weren’t recorded by some drunk hick retardicon in a dingy with a Dictaphone on a piece of string dangling it two feet in to the water while they sip on a Bud. No sir, these recordings were made by no less than the National Oceanic and Atmospheric Administration (NOAA), using proper swish hydrophones placed at distant points throughout our seas. If anyone is going to recognise a weird underwater noise it’s these guys, and if they are befuddled, then so am I.

The video below has six separate sounds that have been recorded on a number of occasions, so they’re not just flukes. At first you have to let you ear adjust to the background squelch of the sea, and allow yourself to pick up on the spooky sounds being produced. The first one, called “Bloop”, sounds as you would expect, like a bloop. It sounds unremarkable on first hearing, but when you know that the recordings of these sounds have been sped up 16 times, they become all the more impressive i.e. they are not only 16 times slower in real life, but 16 times lower. In the case of the bloop it was recorded at the same time by two microphones, 5000 kilometres apart. So it is fvcking loud basically. Several times louder than a blue whale, which is the current winner at underwater shouting.

Explanations for the noises mostly incorporate icebergs calving or underwater volcanic activity. Not as far as I’m concerned though. I reckon it’s the Kraken, or Nessy, perhaps that wiggly faced guy from Pirates of the Caribbean, or some other massive super-lord beast. And I’m sticking to it. I like the idea of wierd/ massive creatures smashing around in the deepest blackest areas of the planet. Even the NOAA’s Dr. Christopher Fox said the audio profile of the Bloop does resemble that of a living creature, so I don’t need any more evidence than that, I just need weird noises, a maverick expert and my imagination thanks. Anyway, here’s the video, crank the volume and creep yourself out, headphones recommended for maximum deep sea vibes.