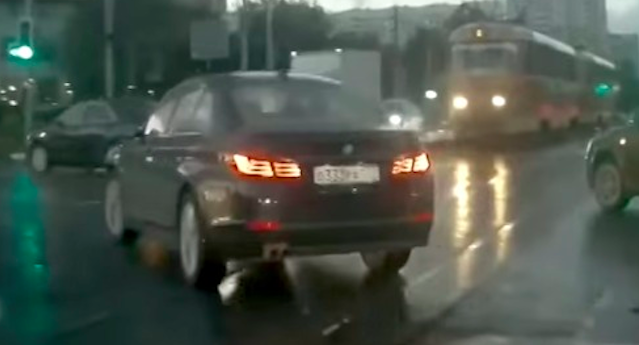 A car literally comes out of nowhere – literally nowhere – to cause a car crash in this video.

Basically, a whole bunch of Russian cars are going around an intersection when a car literally comes out of nowhere – and I’m talking literally out of nowhere as in there’s absolutely nowhere it could have been before that, kinda like some Back to The Future shit or something – in front of one of them and causes a bunch of them to crash.

I guess the obvious explanation would be that there was some kind of blind spot on the camera or photo editing going on in the video but in any case there is absolutely no way that the car should have been where it was in the first place, which makes it even weirder. Any ideas of explanations?