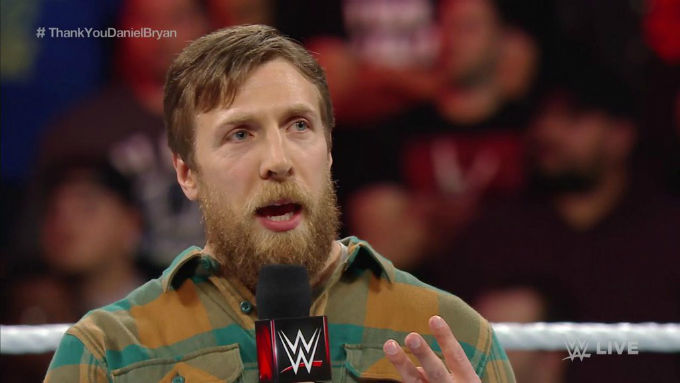 I dare you to try and watch this without welling up.

I don’t follow wrestling as closely as I once did, but one of my favourite guys of the last few years was definitely Daniel Bryan – he had a great sense of timing, some awesome moves and of course his infamous ‘Yes’ chant – and so there was no way I was going to miss his retirement speech last night.

The news broke in the middle of the afternoon yesterday that Bryan was being forced to retire after so long out injured, and that he would be showing up on Raw to say goodbye one last time. These retirement speeches always get you, and Bryan’s was no different as he poured his heart out about how he never loved anything in his life as much as pro wrestling and how it had given him some of the best moments of his life, including meeting his wife Brie Bella.

Unfortunately, Bryan’s chance to compete again has been taken away by his failing body at the age of just 34 due to suffering one too many concussions, so this is probably the last time we’re going to see him for a while. Emotional stuff, especially when the whole of the locker room – including Vince McMahon himself – come out to give him a round of applause.

Oh man. That’s not what you want to be watching on your lunch break at work. I’m a wreck, especially at the end when everyone in the arena was chanting ‘Yes’. What a guy.

Let’s hope Bryan manages to succeed in whatever else he chooses to do now he’s done with wrestling. We definitely don’t want him to end up like Scott Hall, that’s for sure.