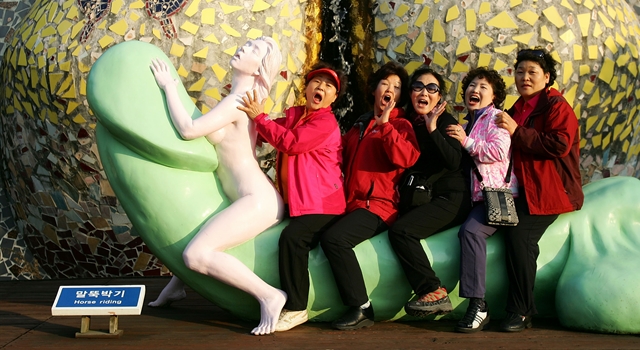 ‘Subtle’ isn’t a word in the South Korean dictionary, apparently.

Asia has been a bountiful source of weirdness for Sick Chirpse for many years. From Nazi themed bars to calamari themed action films, the place is a hot bed of oddities. So I’d like to start this short article by saluting the entire Asian region. Thank you.

I came across some images from South Korea‘s Jeju Love Land park the other day and I just couldn’t believe my eyes. A nation that isn’t exactly famed for unabashed sexiness seems to have spawned the sexiest park known to man.

Love Land opened on Jeju island in 2004 and comprises a bunch of more-than-risque statues and sculptures. The park’s snazzy catchphrase is…

A place where love oriented art and eroticism meet. 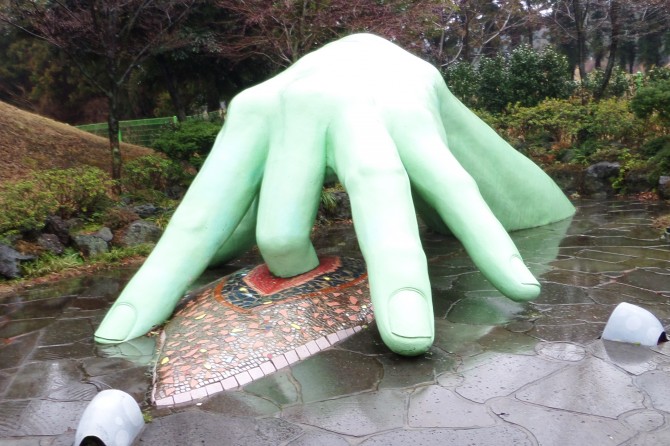 Subtlety is not even attempted. 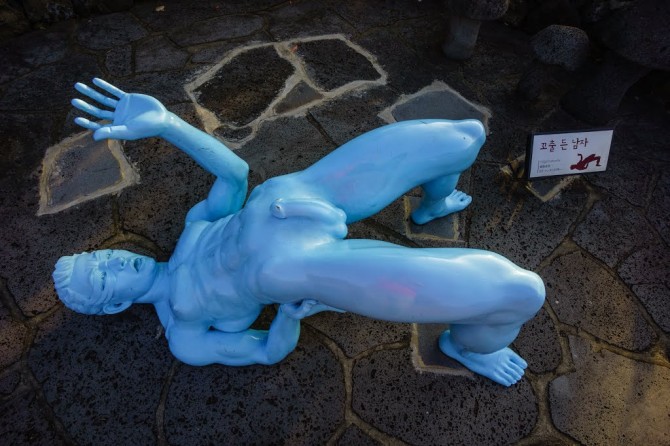 So how did the small island become such an emancipated sex resort? It all started after the Korean war; Jeju island with its balmy climate attracted newly weds on their honeymoons. Many of these weddings were of the “arranged” variety and more than likely neither partner had a lot of bedroom expertise. Staff at the hotels on the island became professional icebreakers of sorts. The hotels would put on nightly shows as entertainment, including sexual sections to try to help the couples relax.

In 2002, graduates of Seoul’s Hongik University started producing sculptures for the park and “BOOM” Love Land was born. 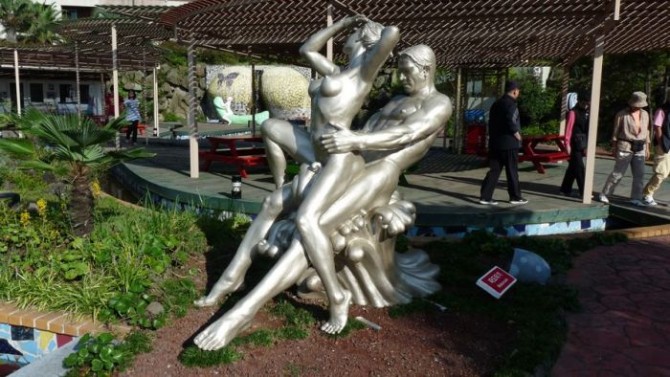 If the sign pictured below was anywhere in England it would have been robbed immediately… bloody students. 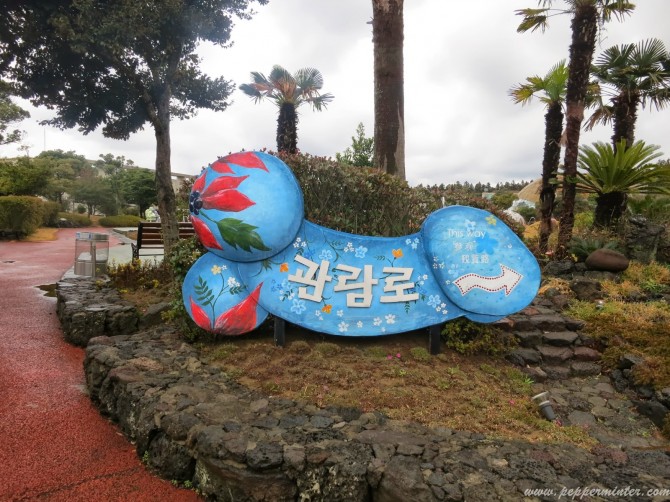 Doesn’t look particularly comfortable does she?: 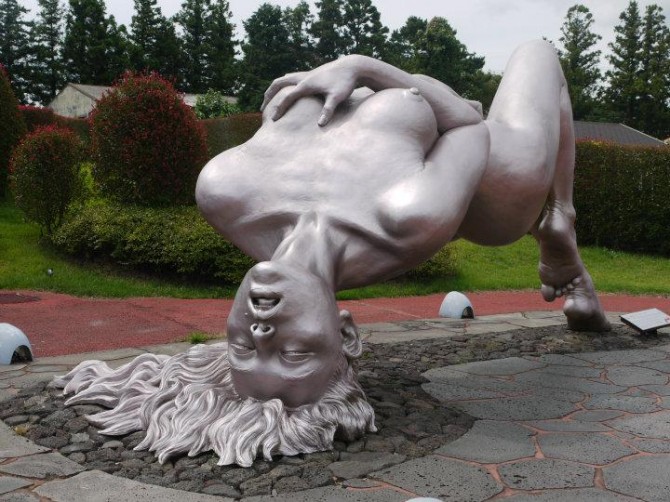 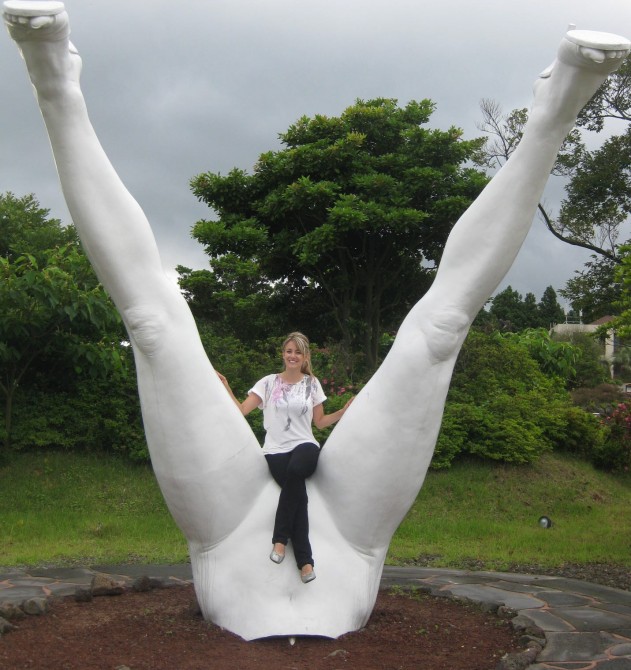 If you fancy a visit, Love Land covers the area of about two football fields and takes about an hour to walk around. Don’t worry if you have kids in tow either, there’s a special area to leave them in whilst you wander off to get pervy. 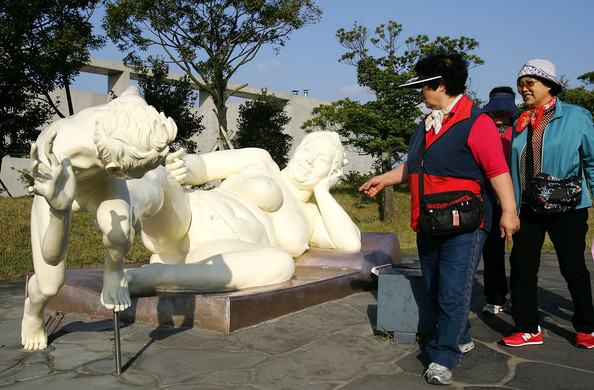 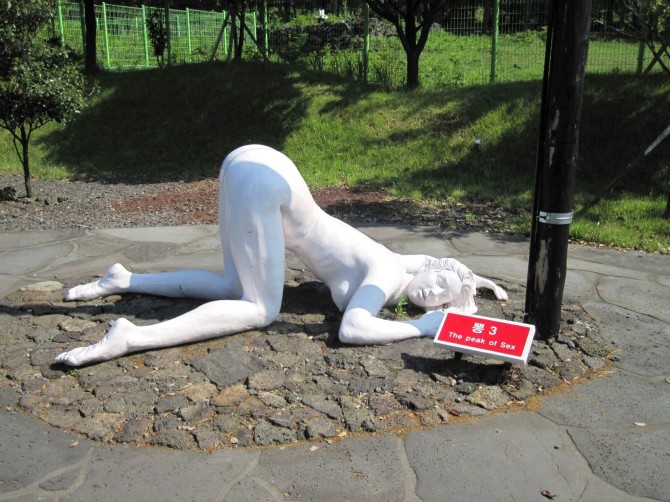 Replete with genital wart on the shaft. Attention to detail: tick… 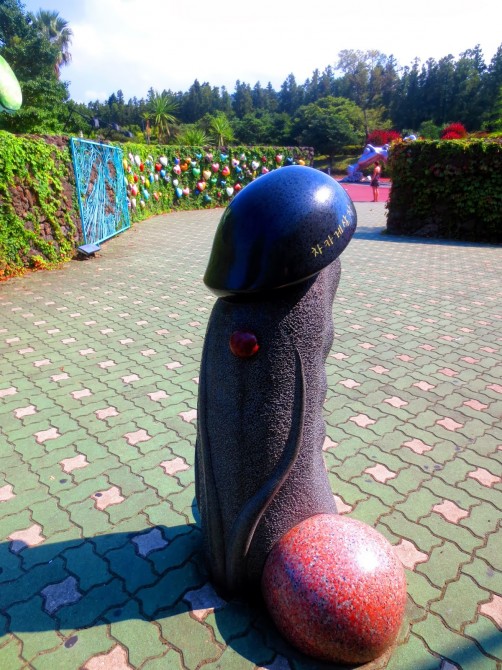 I wouldn’t like to guess what their northerly neighbours might think of this sort of thing? I’m not sure fatty, fatty chubbster Kim would find it all that amusing? 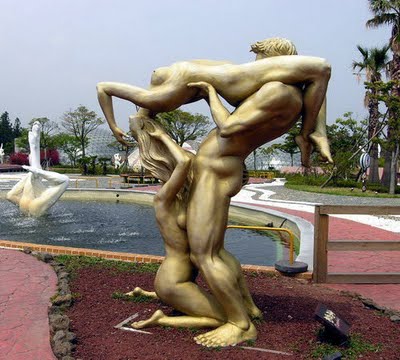 This photo is my personal favourite: 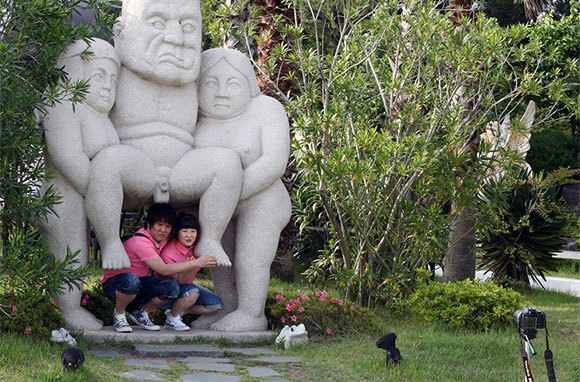 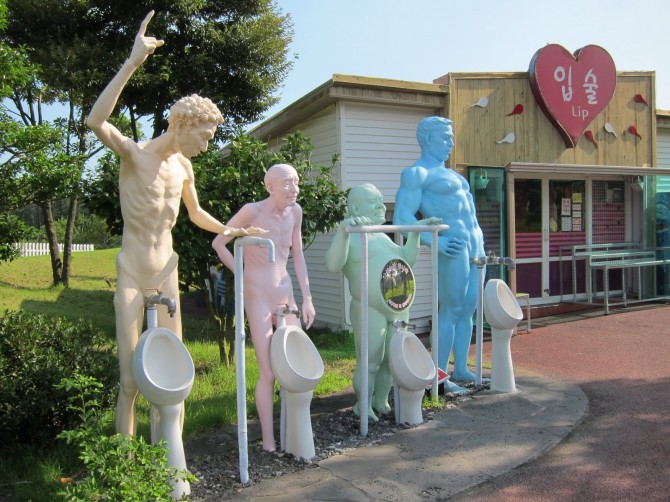 Well… everyone seems to be having a nice time don’t they?