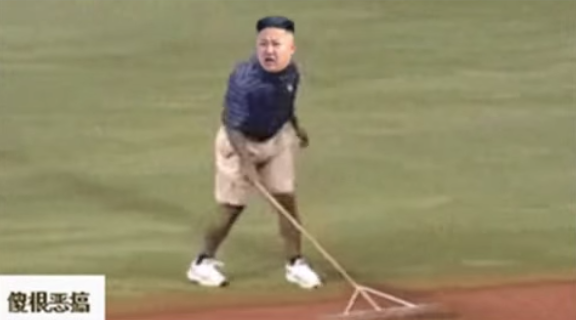 Kim Jong-un is trying to get China to take down this parody video of him, with North Korean officials claiming it “seriously compromises Kim’s dignity and authority.”

China obviously can’t help him there because as we know, anything that gets uploaded onto the Internet is there to stay.

Between this video and the Seth Rogen movie coming out soon, Kim must be closer than ever to waging war on the rest of the world (let’s see how that one turns out for him).

Not sure what he’s complaining about anyway — sure there’s parts where he’s getting completely owned by Barack Obama and fly kicked in the head but they also show him cutting some serious moves on the dance floor, slaying a dragon and blowing up a bus. Come on Kim, look on the bright side.