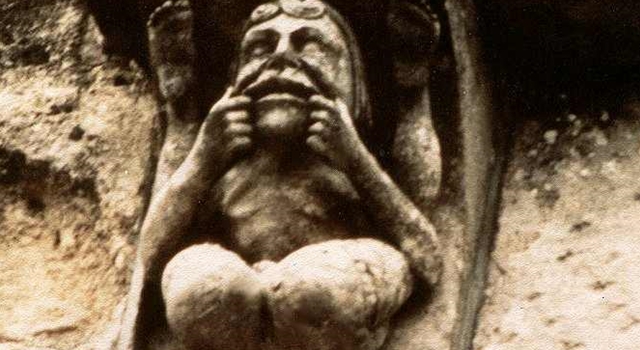 Now there’s a title I never expected to be typing. I’ll be honest, I was having a fruitless trawl through the internubbin today, trying desperately to find something to write about. Some days are like that, I was a little hung over and my brain cupboard was bare. I pretty much Googled every word that popped into my head (including the word ‘help’), praying for the demon of serendipity to weave a web of intrigue through my sullied, grey, cavernous skull. Thankfully, the ideas witch showed up with a bag full of sheela na gig for me to feast on. 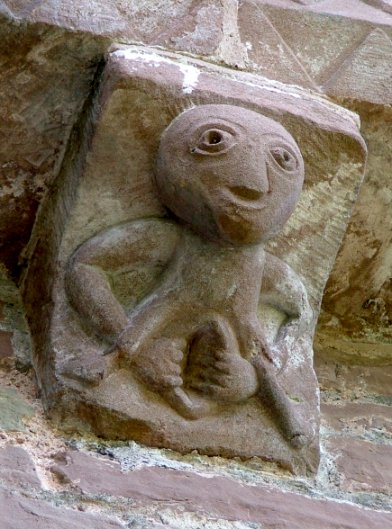 Sheela na gig are weird and frankly pornographic stone carvings found scattered predominantly across Great Britain and Ireland. To quote Wikipedia, they “are figurative carvings of naked women displaying an exaggerated vulva”. Well I never did. 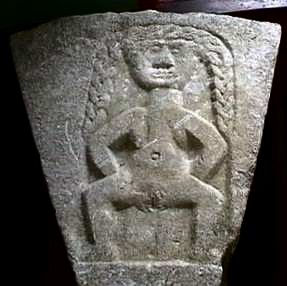 They’re pretty shocking aren’t they? They’re found on churches and castles mostly. Churches are supposed to be the holiest of places, not buildings to hang carvings of flaps in. 45 of these blasphemous rocks have been found in Great Britain and 101 in Ireland. They’re kind of like gargoyles except much, much, much ruder.

â˜› More: Medieval Torture & Slaughter: The ‘How To’ Guide