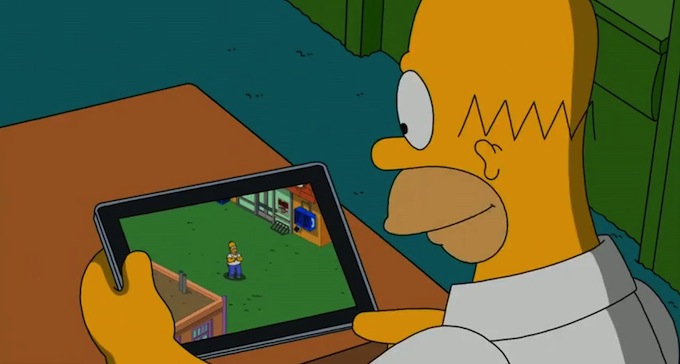 For those of you with addictive personalities do not download this game. ‘The Simpson: Tapped Out’ will never stop, it is an unrelenting monster.

Ever since I was a little boy I have loved The Simpsons. like many of you I watched it every night at 6 o’clock on channel 2 just before dinner. I knew all the characters, could mimic the voices and would recognise any reference you could throw at me. I had the comics, the toys, the chess set, the monopoly, the books, the posters and the bed sheets. Bart Simpsons’ Guide to Life was like my own personal bible. I even did a school presentation with my friends about our veritable treasure trove of Simpson’s merchandise.

As I got older the obsession waned, I stopped watching all the episodes, I stopped buying the merchandise, a 20 year old buying a Bart Simpson plush leads a lonely existent. I still catch the odd episode and it’s now 24 seasons strong so there must be other people watching it. But for me the Simpsons will forever be in my past as a pleasant memory of the half hour before dinner watching it with my friends.

â˜› Check This Out: The Simpsons Are Cashing In Big Time By Building A Huge Simpsons Themed Theme Park

That is until recently after I’d bought my new iPod  and among the other useless apps that constantly interfere with my life through musical notifications, there is one that I can’t shake. Like a reoccurring drug habit I cannot get this yellow monkey off my back.

The Simpsons Tapped Out has been out for a few years now and it is a monolith of the free phone games industry. It is the poster boy of in-app purchases and is an unrelenting monster pushing its way into every aspect of decent society. The other day I was in a public restroom when Homer Simpson bellowed out “BETTER THEM THAN ME!”, but what was worse was someone else shouted “you what?” two cubicles across. The fact that it has now prompted a wave of in-app purchases in triple A games like Dead Space 3 shows the impact that this game is having. 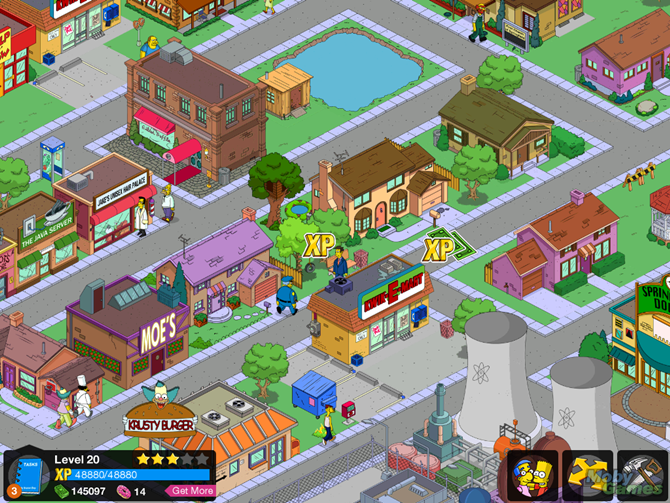 It cannot be denied that The Simpsons is a titan in the entertainment industry with fingers in nearly every pie available. But I have always considered the Simpsons a force for good, poking fun at all the unscrupulous and morally deficient companies. For Tapped Out they went the other way and teamed up with EA, voted the worst company in the world for 2012 because you have to give them your soul and your first born just to get a shitty account with them, and then promise never to lend a game to anyone ever.

The Basic premise of Tapped Out is you build your own Springfield, using money accrued by setting characters tasks that last a certain amount of hours. You can buy buildings, decorations, characters and landmarks for your Springfield paying for them with money or with donuts. Donuts can be purchased for real money and if you’ve ever wondered which app it is that people have been spending thousands on, it’s this one. For a free game, The Simpsons Tapped Out made $15 million last year.! That means that children (or more likely their parents) willingly imparted with their money for a Hans Moleman or a Springfield sign; for a mere £69.99 you can buy 2400 donuts or buy food for several months, your call big shot.

The marketing for Tapped out is ingenious, as familiar figures such as terrible salesman Gil walk around your Springfield offering special offers on Donuts, and with every level a new building or character is available to purchase and with every new season or event or even made up event (whacking day anyone?) the add ons get bigger and the money continues to flow in. If you click on the friends menu there is another Springfield with all the unique characters and buildings expertly designed, making you green with envy as your finger hovers over the complete purchase button. If you back out, the game says you made Maggie cry. This game is ingeniously evil and should not be downloaded at all costs. 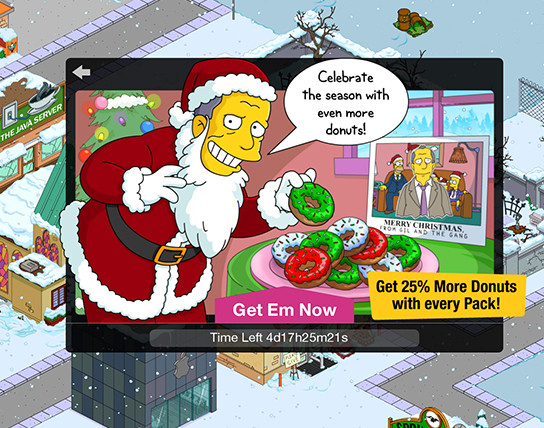 The funny thing is that once you get to a certain level the game starts openly mocking you and I don’t mean the casual ‘you need sunlight’ jibe. I mean full blown insults like ‘I can’t believe you’re still playing this loser’ and ‘successful people don’t play video games’. It’s funny because it’s the Simpsons, but EA know they’ve got you and they know you can’t stop, because once you stop playing it’s a long road to getting back to the point that everyone else is at and you’ll probably have to buy donuts to catch up. I have quit several times but I always come back worse than before dedicating at least an hour a day to this reoccurring nightmare. 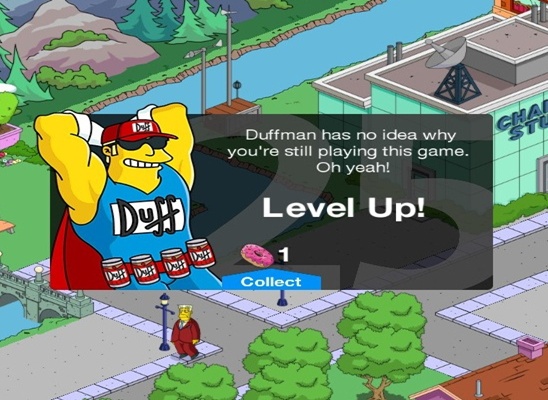 So as I sit here tapping away, making sure Milhouse flies his plane perfectly level and that the sea Captain practices his stand-up routine. I wait patiently in my room for the four hours it takes them to complete their tasks. I watch them walk around and plant the occasional tree to get my tree hugging rating up, when the little thumbs up appears above their heads, I get a small release of endorphins as I tap it, and then I patiently tap on all their heads again assigning them new tasks for the next four hours. It’s too late for me, I will never be tapped out.

UPDATE: You can now get Rex Banner, the detective from that one episode about prohibition from the nineties, it takes a day to get him. I can wait…I can wait.

Next: There’s A Simpsons/Family Guy Crossover Episode On The Way 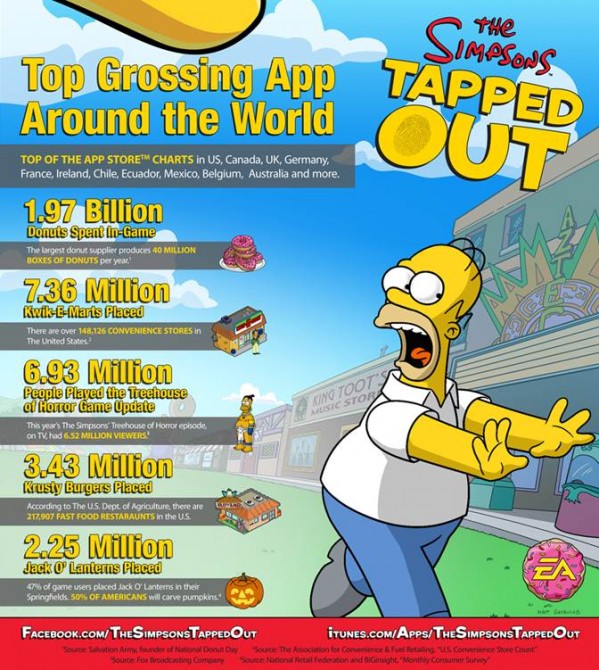