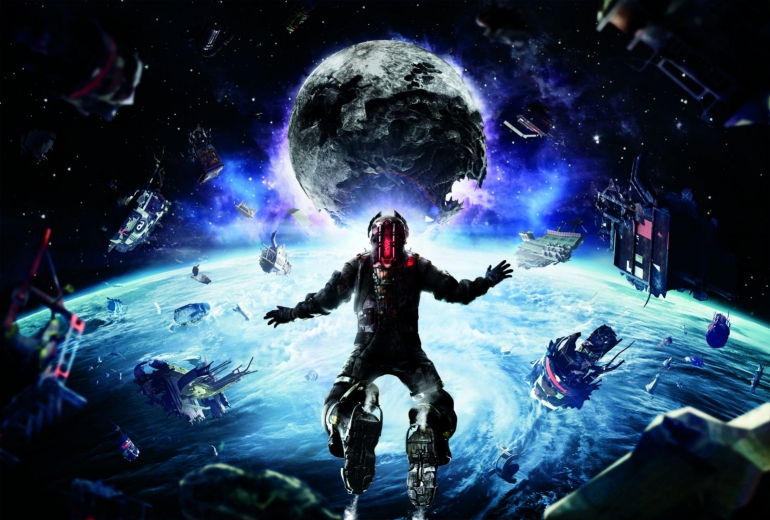 Is this the greatest Sci-fi horror sequel in the history of computer games? 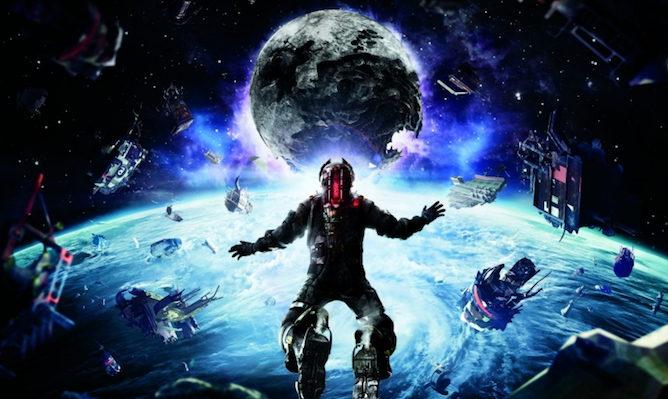 I have always been a huge fan of the Dead Space series. It always struck me as an Alien (the game) title without the weight of expectation and impending disappointment. After the success of Dead Space 2, which took the claustrophobic tight corridors and constant stress of being jumped on in the first of the series, and added outstanding set pieces and immense visual spectacle, there was a lot of expectation surrounding the 3rd release of the series. My expectations were immediately lowered after seeing the trailer; co-op in a survival horror game?

What makes Dead Space scary? In a game like this I would have thought it was being alone in the dark by yourself surrounded by vents, where the vents are inhabited by monsters and the door has just said malfunction… and you’re in space. What’s not scary is having a Space Marine with you, who has the habit of shouting ‘Oh shit!’ and ‘Here we go!’ every time the above happens.

Anyway, you take on the role of Isaac Clarke and your partner plays the same mocap actor from Mass Effect 3 also called Carver/generic space marine. I enjoyed the fact that Carver/generic space marine was not constantly at my side, but disappears for large portions of the game and then reappears just before you fall down another large hole or are swept away in a tiring set piece action scene.

The story is pretty straight forward with not many unpredictable twists, however it still manages to be entertaining and runs as follows: Isaac, the worst engineer to be stuck in a lift with, has to once again begrudgingly take on the dreaded statues of doom that turn everyone into…stuff and is hampered once again by the most deluded religious cult in the universe that is certain that being pulled apart is the key to spiritual enlightenment. The game takes place on a new planet called Tau Volantis which is a frozen planet (that many people have commented looks a lot like Lost Planet by Capcom), where you also descend to an ice world and have to watch your temperature as stuff tries to kill you.

I call the ‘Necromorphs’ stuff because that is the only way to describe the congealed brown mess that constitutes an enemy in this game. I was disappointed at the lack of creativity in creating a new type of bad guy, instead rehashing the same brown mush that charges at you and then falls apart like a horse meat kebab and even recycling the same boss fight several times gets old fast…really fast.

â˜› Check This Out Next: Video Games Vs Real Life

In fact the similarities between the second and third game are fairly obvious and the first ten minutes of Dead Space 3 is like a greatest hits of Dead Space 2. The series however, does stand out at the moment as one of the few mainstream survival horror series and I enjoyed reliving some of the best moments of Dead Space 2 and gave it the benefit of the doubt.

The ice world was somewhat entertaining, however after a while I did miss low gravity and the climbing up and down mountains on the ice world was the most pointless repetitive 15 minutes of a game that I have ever played, and I used to play Pokemon. The game seems to have definitely leant more towards the action side and if you played the game single player (as I did) then the puzzles do feel a bit monotonous as many are easily completed (cause games aren’t hard nowadays) and are repeated from the originals. I’m all for nostalgia but direct repetition is irritating.

The story is excellent and the concluding part of the Dead Space trilogy is well worth playing through the 19 part campaign if you’re a hardcore Dead Space fan (keep your ears open for the quote that says Dead Space eeeee!). The game’s side missions, although pointless, represent the best of the Dead Space series with creepy storage rooms and eerie recordings of people going mad; tempting you with items only to punish you for exploring the dark corners of the room.

However, in single player I did miss the horror element and I feel that although it occasionally made me jump it did not capture or recreate some of the best moments of Dead Space 2 – most notably the intense walk through the Ishimura and the needle in the eye bit. This is one of the main problems with Dead Space 3 as it tries to cater for everyone; not being too scary, or too hard, or too memorable, so that it ends up being neither surprising or entertaining and it seems that EA has attempted to pull Dead Space unwillingly from its niche horror genre into an overcrowded action third person shooter genre because that’s what sells, and this is thoroughly disappointing. In the end it’s the title that is carrying this game and not the content.

There are 2 things that fans of the series will notice: numero uno is that Ellie the female love interest has gained an eye? My only thought on this is that she must have pulled it off the screw driver when no one was looking. And numero…two that after learning what he did in Dead Space 2 why the fuck did Isaac not shoot the only person who had a problem with the mission?

Another interesting/terrifying thing in this game, is that EA (the most irritating developer in the world) has once again decided to wage an invisible war against people pirating games by adding mini purchases onto the game, so that if you’re struggling and the SURVIVAL horror game is too hard then you can purchase health or ammo for actual money!

Not only this, but you can also purchase ridiculous things such as a sarcastic voice for your scavenger bot. My problem with this is it removes the challenge from the game so a survival horror ends up becoming a stroll through the park with a wise cracking robot and a buddy cop partner. I have the same issue with DLC and it annoys me that people would purchase these things as it takes away the most exciting elements of the game; fear of the enemy and lack of resources. Not only this but when I started the game for the first time I was greeted by the message ‘Thanks for playing Dead Space 2, enjoy a free weapon.’

Why are they ruining this game for me?

I never wanted, nor asked, for a better and stronger weapon and now this blemish will be permanently in my inventory reminding me that while I struggled with sweaty palms through the hordes of enemies as I am slowly overwhelmed, there is some dick somewhere with his money and his wise cracking robot making pithy quips as he one shots monsters in the face laughing as his harem of women make him ice tea and lez out on the sofa. If these types of add-ons are going to become an increasingly common thing I might just pack up my Xbox and go outside for once.

Anyway, Dead Space 3 delivers an interesting and lengthy game and develops the already amazing story of the reluctant hero Isaac Clarke, although the game is a bit too actiony for my taste and I wouldn’t miss the co-op feature. It is lacking a certain something and there could have been a much better end to the series (I can’t wait for Dead Space 4). I wouldn’t put this game in the horror genre and I would only recommend it for hardcore Dead Space fans and if it wasn’t for EA taking another steamy dump on the entire gaming community this could have been a great horror game.

Check out the trailers for the series here: