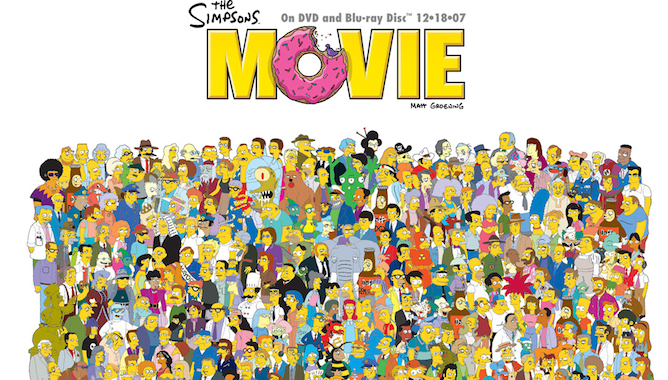 The Simpsons used to be one of the best shows ever and one of the funniest parts was when they would reference movies in dumb ways. Here’s a supercut of every movie reference from the first ten seasons of The Simpsons.

Remember when The Simpsons was actually a really funny show and you actually enjoyed watching it and made sure you never really missed an episode, even though it was on every day and you had probably seen it before anyway? Yeah, it’s going back a bit but there was definitely a phase in everyone’s life when this was the case.

One of the best parts of The Simpsons was when they would make a reference to a scene from a famous movie but usually do something really funny and awesome to pastiche it. You probably don’t remember any of them specifically, but there was one pretty much every other episode and they were all pretty much hilarious.

Some guy has made a supercut of ALL the times that The Simpsons referenced a movie in the first ten seasons of the show and you can see it below. It’ll bring back a lot of memories trust me, and also reminds you how funny The Simpsons used to be before it got real shit in the last ten years.

There’s Going To Be A Simpsons Theme Park

Springfield From The Simpson – In Real Life