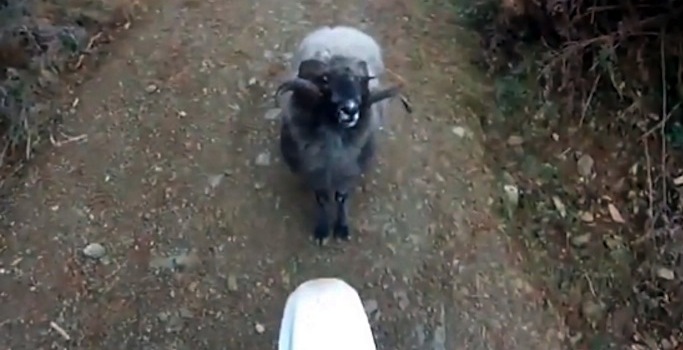 A dirt bike rider encounters an angry ram that will not let him pass.

I’ve never been in a fight with a ram, but I’ve always thought they would make an interesting opponent. Despite their relative size and the fact their arsenal of attack is limited to head-butts, horn-stabs and biting, their relentlessness and fearlessness in battle would make for a formidable competitor.

What you’re supposed to do is grab them by the horns and twist them around, then boot them off a cliff. If there’s no cliff you boot them just far enough to bide the time needed to escape. This guy tries as much but only succeeds in pissing his new nemesis off even more:

News Reporter Shows What To Do When Confronted By A Bear