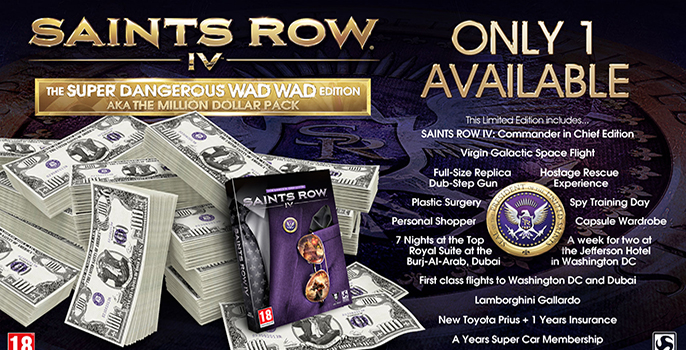 The makers of Saints Row IV have announced they’re selling they’re game – and a few extra bits and pieces – to one person only for a million dollars.

The video games industry is increasingly looking for clever ideas to make more money off their games. Sometimes they put the price up, sometimes they flood the internet with annoying adverts, but Saints Row developers Deep Silver may have just worked out how to solve all their problems in one sweet and hilariously expensive move…

They’ve decided to take pre-orders to the next level – and offer one exclusive package for a tasty one million dollars.

The appropriately named “Super Dangerous WAD WAD Edition” comes with more cool shit in it than the John Lewis electronics department. It’s also unique to the UK, despite being priced in dollars. Here’s the full lowdown of what the package contains: 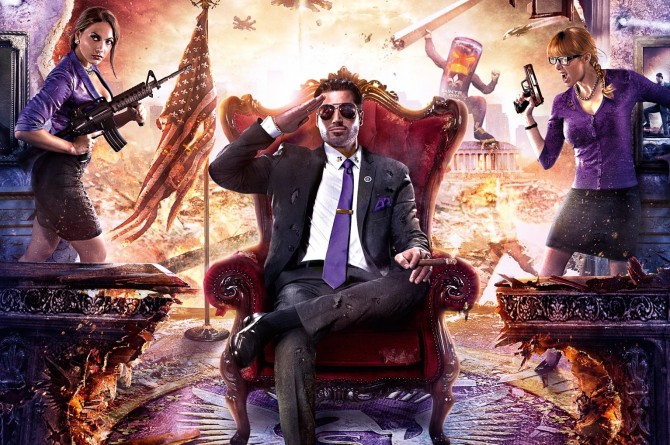 Don’t believe this is real? Well, Game are “stocking” it. But will anyone be crazy enough to actually buy it? Someone on Reddit worked out that if anyone was to fork out, Saints Row would actually make a sweet $300k profit on the package.

So take a bow the Saints Row marketing department – this is a hilarious and effective way of getting some free press before the upcoming sales war with the new GTA. Good luck – you’ll need it.

More Gaming: Is The Last Of Us The First Truly Adult Game?