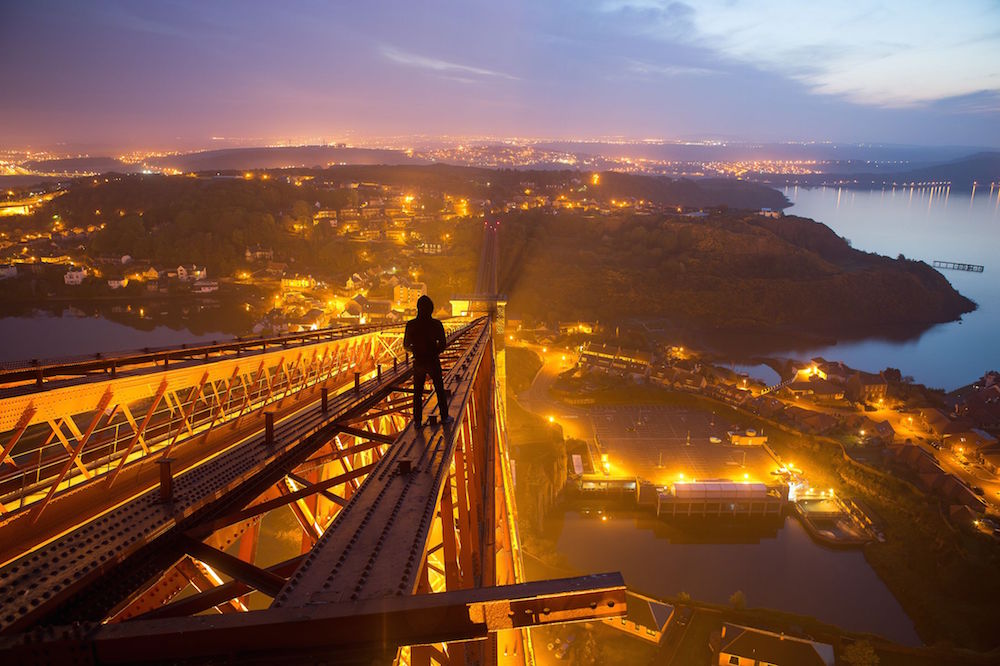 A year in the life of a pan-European extreme urban explorer looks utterly amazing.

Urban exploration is a relatively new phenomenon in the global scheme of things. I suppose it’s a natural reaction to the gradual loss of natural places left to explore and the inevitable increase in urban detritus. Humans have become inspired not so much by the architecture in use around them, but by the architecture left behind to rot.

There are vast areas of pristine construction left to go feral once its usefulness has faded. Of all the modern and crumbling architecture we have dotted around Europe, the incredible abandoned Soviet monuments of Eastern Europe are the sights I would most like to see before I reach the grave screaming. 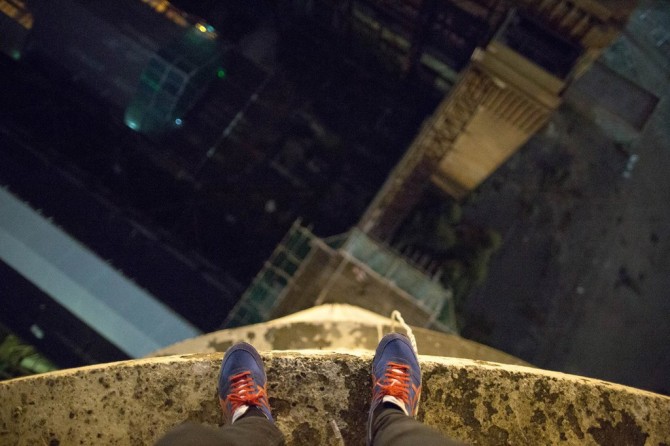 Bradley L. Garrett is a photographer and researcher who spent a crazy year away from home delving into subterranean and clandestine buildings for kicks. Instead of approaching occasional destinations to break into and explore before returning to his warm bed, he went on an urban exploration adventure. He slept rough and camped in the urban environment for an entire year making his new and illegal discoveries his makeshift homes for the evening. Kind of like an urban Lord of the Rings type of deal.

Across the following pages I’ve put up pictures from just 12 of his adventures across a year of exploratory madness. 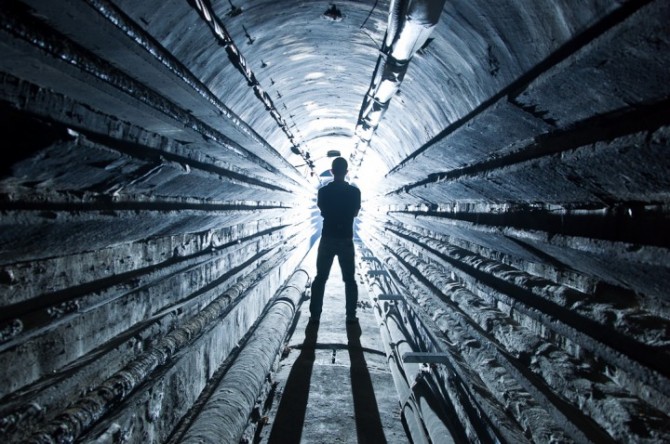 He accessed this French underground labyrinth via a manhole cover and a piece of rope. Once inside he had to ask for help from a random passer-by to close the lid behind him. He spent an entire night underground after entering these utility tunnels, connecting the catacombs, quarries and a massive abandoned electricity substation, somehow ending up on a rooftop. 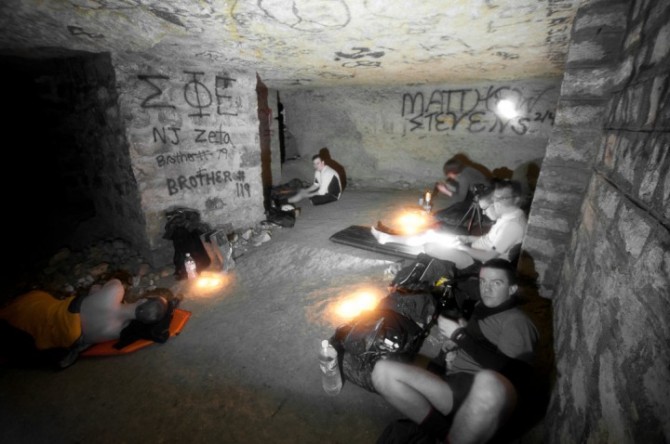 Garrett has traveled these tunnels often enough that he has a mental map of the maze-like catacombs. According to his write up the following things happened whilst in the catacombs:

1. We stayed underground for 3 days living only by artificial light.
2. I feel asleep in a pile of human bones.
3. Marc Explo convinced us all we were ghosts haunting the place after a debate between him and Silent Motion while they propped me up like a corpse on the wall, drunk on port.
4. We went to two massive underground parties
5. We sent people out of the exit first to get arrested so we could run away while they were getting cuffed. Marc Explo also may or may not have also left people for dead in there. 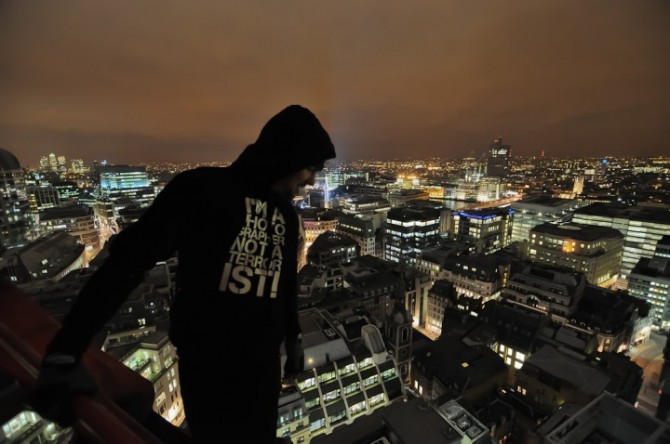 This exploration session involved walking through a ground level black hole in a wall, a drunk man in a pin-stripe suit and the eventual clamber up a central London crane.

I’ll let Bradley explain this one:

When Marc Explo told me we were going to explore some MÃ©tro on my last trip there, this was not what I was expecting. We jumped off a train and then tiptoed quietly down the tunnel, trying not to rattle the tiles on the narrow walkway. When we turned the corner and I saw this parked-up train with the lights on, my heart almost stopped.
The workshop made all sorts of strange noises as we slid underneath the train and up onto the platform, tugging on the doors in a futile attempt to get in. I kept having the distinct feeling someone was in there with us. It didn’t help that it was in the middle of the day. Marc Explo is mental.

That sounds pretty nerve-wracking to me. 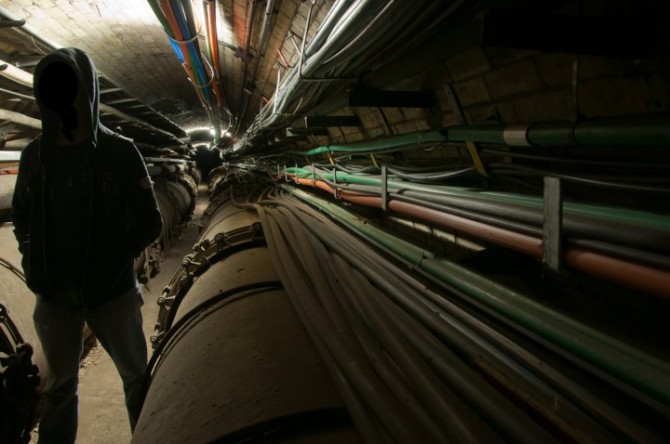 Across the year Bradley managed to sneak into no less than six cable runs housing London’s infrastructural networks. As Bradley says, he’s a photographer rather than a terrorist but it makes you think. I know this guy is an expert urban explorer but if he can get into the cable houses that keep London ticking, surely an idiot with a bomb could manage it too? 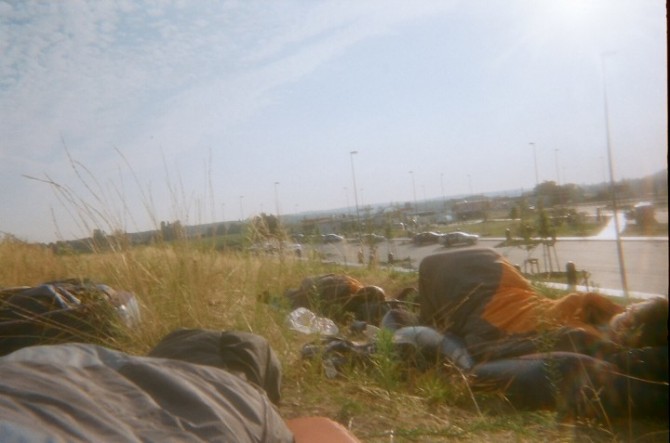 The gaggle of explorers slept outside or in illegal spaces for the year. This photo is from the side of a German Autobahn. Apparently it was one of the most comfy nights they spent all year. 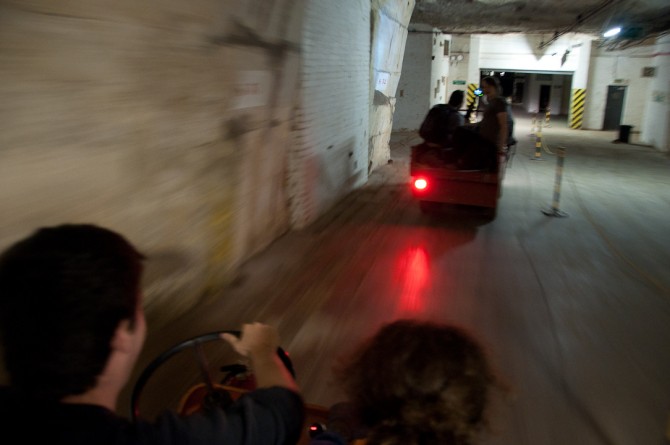 Bradley et al had a wander around a quarry until they found the entrance to a disused nuclear bunker. They spent 12 hours down there having riotous fun driving the little buggies around and, I imagine, whooping for joy.

Apparently, once the pictures of their escapade went onto the internet they received a lifetime ban from the largest urban exploration forum in the UK. As Bradley puts it – “C’est la vie”. 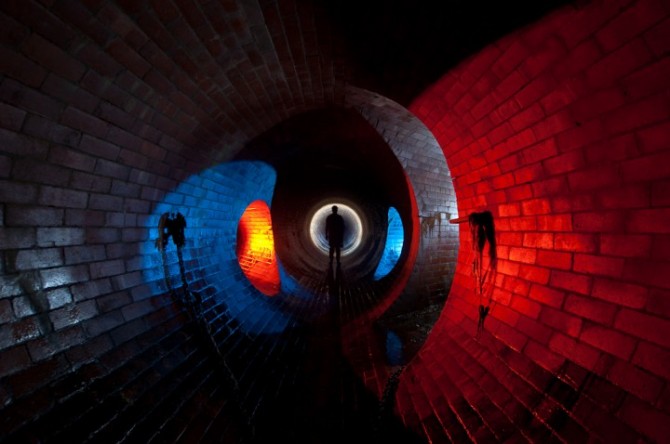 Just a few minutes walk from Bradley’s Clapham address is the Rubix junction within London’s cavernous sewerage system. According to him:

There is something about walking around in your own sewer that’s very satisfying. 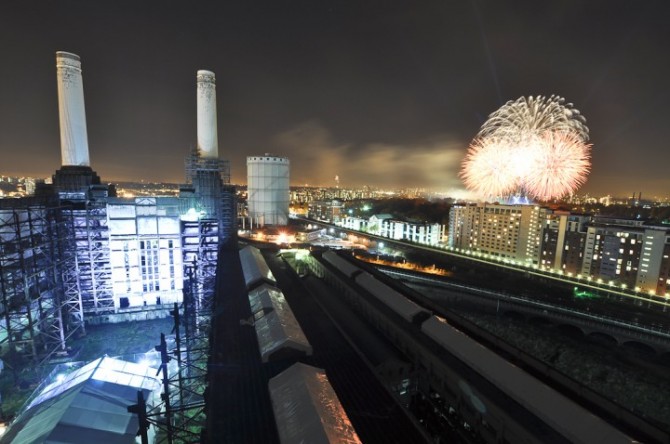 The iconic Battersea Power Station was one of Bradley’s favourite missions. They managed to sneak seven bodies into the building to watch the fireworks from one of the chimneys.

By the way, whoever tried to sneak in after us and got chased out — that was hilarious to watch from the chimneys, thanks! 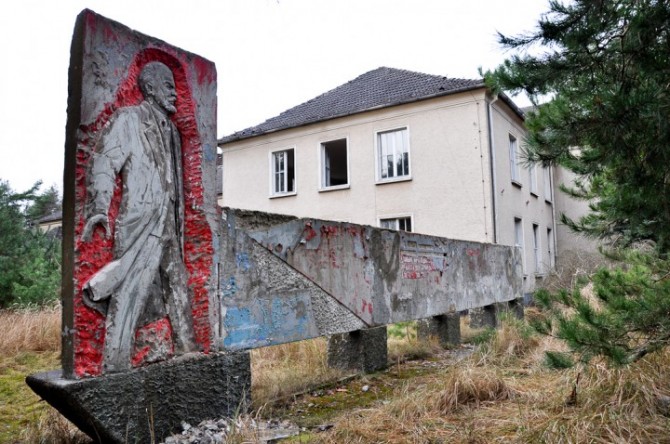 This Soviet base was built outside of Berlin in complete secrecy from the local population and housed 15,000 Soviet troops at it’s height. Declassified documents released in the 1990s revealed that in 1958 the base had nuclear missiles aimed at London, Paris, and Brussells.

The base isn’t particularly easy to get to as you might imagine and takes hours of driving followed by a long trek down logging roads. Upon arrival they almost immediately ran into a party of geocachers and had an awkward stand-off until they realized they were as nerdy as each other. 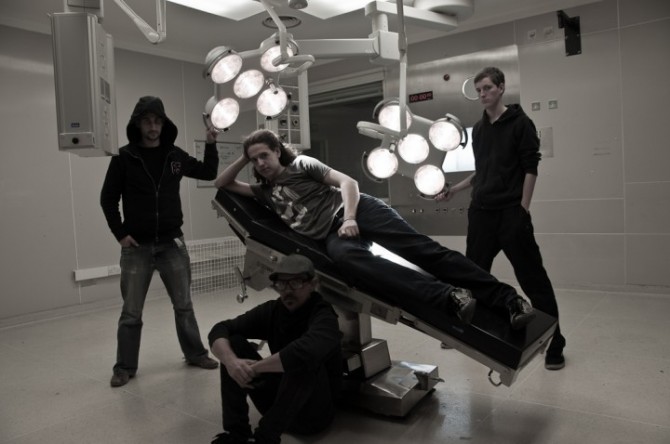 The maddest thing about this derelict hospital is how very un-derelict it seems. One of the group took weeks touring the perimeter trying to find a way in before eventually coming across an open window. 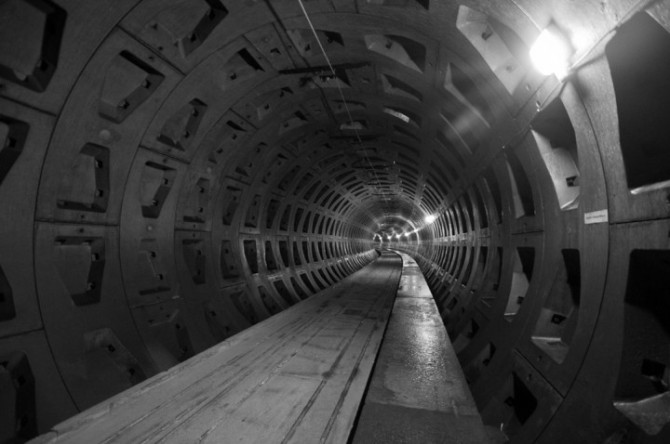 In the 70’s the Belgians planned to build 15 km of Metro line with 22 stations. They actually only ever managed to build 11 stations before work ground to a halt and the system has never once been used. What a waste of time and money.

To enter this vast catacomb you need to descend a 30 metre straight drop via an air vent. Apparently the way down was exhilarating but the way back up was arduous and exhausting.

I must admit, this selection of destinations and explorations has inspired me. I don’t know if it has inspired me enough to get out there and try it for myself – because I’m a scaredy cat. But if you feel inspired by Bradley L. Garrett’s adventures, make sure you play safe. You don’t want to have your pants browned by a terrifying owlman do you?