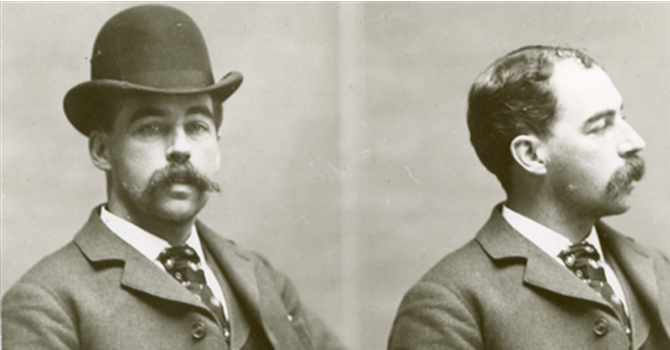 H H Holmes built a hotel in 19th Century Chicago to perfectly suit his killing needs. It is a dark tale indeed….

Herman Webster Mudgett, born 1861, alias Dr Henry Howard Holmes or “The Beast of Chicago”,  was America’s first ever documented serial killer. He was like Bundy, Shipman and the Yorkshire Ripper rolled up into one unsavoury dumpling shat straight from Satan’s arse the night after a vindaloo. I was quite literally wide eyed as I read this sicko’s story.

If you’d read this in a fictional novel it would be way too far fetched, it’s honestly mental. He was eventually tried for just four murders but confessed to 27, some estimates put his epic killing spree at around 200 dead.

So, Holmes was born in New Hampshire, his father was a violent alcoholic and his mother was a staunch Methodist. So far a pretty text book start to a killer’s life. He was surprisingly bright and had an interest in medicine from an early age. In 1878 he married Clara Lovering, had a son and started studying at Michigan Medical School. Whilst studying there he stole dead bodies, disfigured them, claimed they died an accidental death and collected life insurances he’d set up on their behalf. 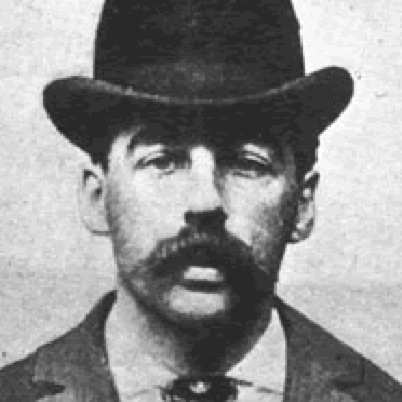 After scraping through med school he moved to Chicago to try and get into Pharmacy. In Chicago he started a number of shady enterprises in real estate under his psuedonym H. H. Holmes. In 1887 he married another lady called Myrta Belknap (whilst still being married to Clara) and had a daughter. In 1894 he married again a lady named Georgina Yoke. So he was a serial bigamist too, but as you will learn, that is the least of his crimes.

Using Holmes’ ever present charm he managed to swindle a drug store off of an old widow. When she started asking for repayments he killed her and told everyone she had moved to California. This is when the weird shit really started picking up speed.