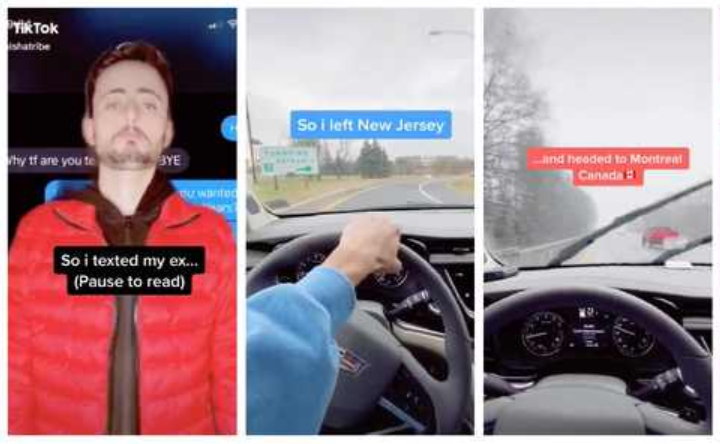 I’m really hoping this video is just a stunt to pick up followers on TikTok but if it isn’t, don’t be surprised if this kid ends up going full-on OJ Simpson on his ex.

Here’s what happened when @shishatribe decided to go to ridiculous lengths to do something nice for his ex-girlfriend for New Year’s:

IM ABSOLUTELY LOSING IT THE SAD MUSIC IN THE BACKGROUND TOO LMFAO pic.twitter.com/5PxZDd2utK

Yikes. Travels 16 hours from New Jersey to Montreal to take his ex-girlfriend her favourite bagels, and ends up with a photo of his ex and her new boyfriend enjoying said bagels for his troubles. Can’t help but feel sorry for the guy but he really should have known better, right? If nothing else hopefully it finally helps him get over her.

The weird part is most comments on TikTok/Twitter seem to be blaming the girl, but then she’s not the one who took 16 hours+ out of her life to get bagels for an ex that was just going to end up eating them with her new partner. That’s just poor judgement on @shishatribe’s part. It’s not all bad news though because he had the good sense to film it and go viral. Worth it!

For the woman who bit off her ex’s tongue after asking for one last kiss when he dumped her, click HERE. Yeowch.