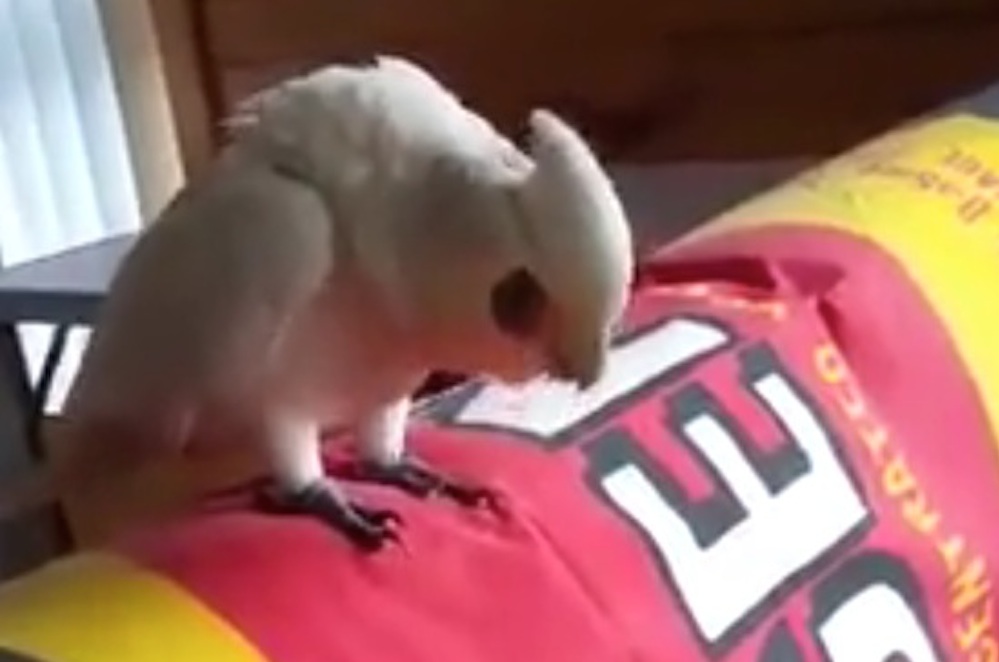 This is probably the most Australian thing ever.

There’s always that point in a movie or TV show that you might see once every couple of years where there’s a parrot being a complete badass and you think that it would actually be really cool if you bought one and trained it up to talk shit to your mates. Of course you never get round to doing it because it would take way too much time and effort for a joke that lasts about one minute. This is one of those videos.

It concerns a parrot called Eric who has clearly been trained by one of those Australian bogans (if you don’t know what a bogan is then watch this) to be a complete and utter dickhead to anyone that he encounters. In the clip below, a dog tries to bite him and even though a dog vs a parrot isn’t a fair fight on any level, he unleashes a torrent of abuse on this dog and actively encourages him to start a fight with him through some of the most atrocious cussing I’ve ever heard. At least from an animal.

He also does that thing where the dog tries to bite him but he just about jumps out of the way in time, which is another move that the ultimate wind up merchant would be able to pull off to perfection. This parrot is next level – basically, he’s a master trash talker and whoever trained him has my utmost respect.

If I was that dog I’d be trying to figure out a way to get that prick for the rest of my life, kind of like a concept for an Animaniacs side cartoon. I imagine that parrot is too smart though and is probably going to keep taunting him for the rest of their lives. I guess everyone needs a hobby.

For more of the same check out this supercut of parrots annoying cats.