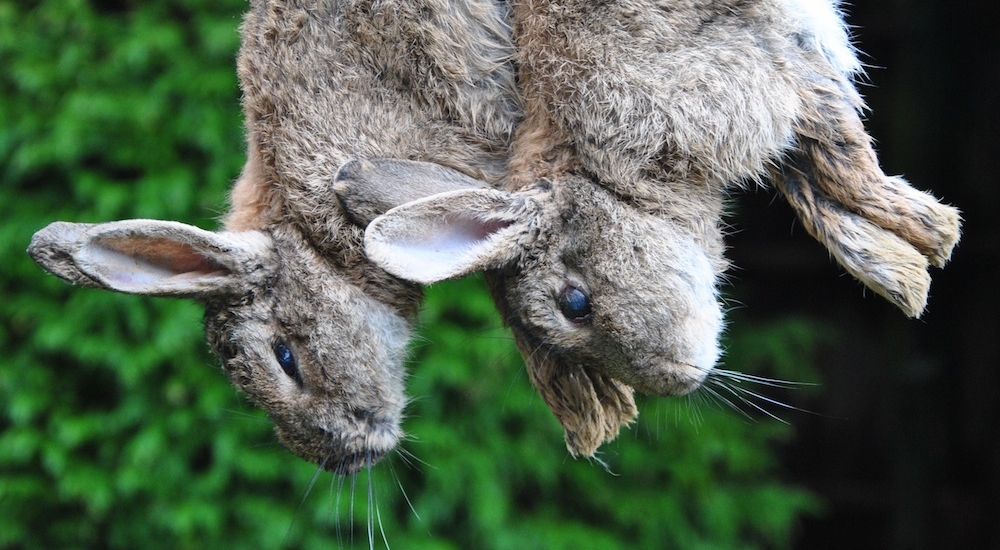 The majority of Westerners eat meat. Whether that’s the best thing for the environment or the world at large is open for debate. I’m not going to talk about that here though, we’ve covered the pros and pros of vegetarianism here and here. It’s a dirty fight where everyone involved gets very cross indeed.

But, whether you’re a hardcore meat eater, or just a general burger fan, I can pretty much guarantee that most people reading this won’t have killed anything bigger than a trout. That’s the world we’re living in these days. There’s no need for us to kill anything, we have poorly paid people to do that on our behalf.

The funny thing is, in the title of this article I had to put “NSFW” because people these days have forgotten that every single rasher of bacon, every succulent burger and every turkey drummer we’ve ever eaten came from an animal that was killed, skinned and gutted. But, oh no… we couldn’t possibly look at how it happens could we? No, no, no, keep that shit away from me darling.

The supermarket’s are rammed full of animal corpses, but our entire Western society shudders at the thought of killing anything. By the time the meat reaches us, it’s difficult to imagine that it was ever running about in a field (or pecking at the wire in a tiny cage).

If (when) the zombie apocalypse arrives and people need to start fending for themselves, there will be a massive die off of wealthy Westerners. None of us cunts would last five minutes in the wild, we’d be dead ducks. The most annoying thing about this die off is that the psychopathic, racist, retarded doomsday “preppers” would end up holding the balls of society.

We can’t let this happen. So, what I thought I’d do, is find out how to gut and skin a rabbit, so that when the earth is on its knees and we’re all facing impending oblivion, I will be able to cook you an enchanting rabbit stew. 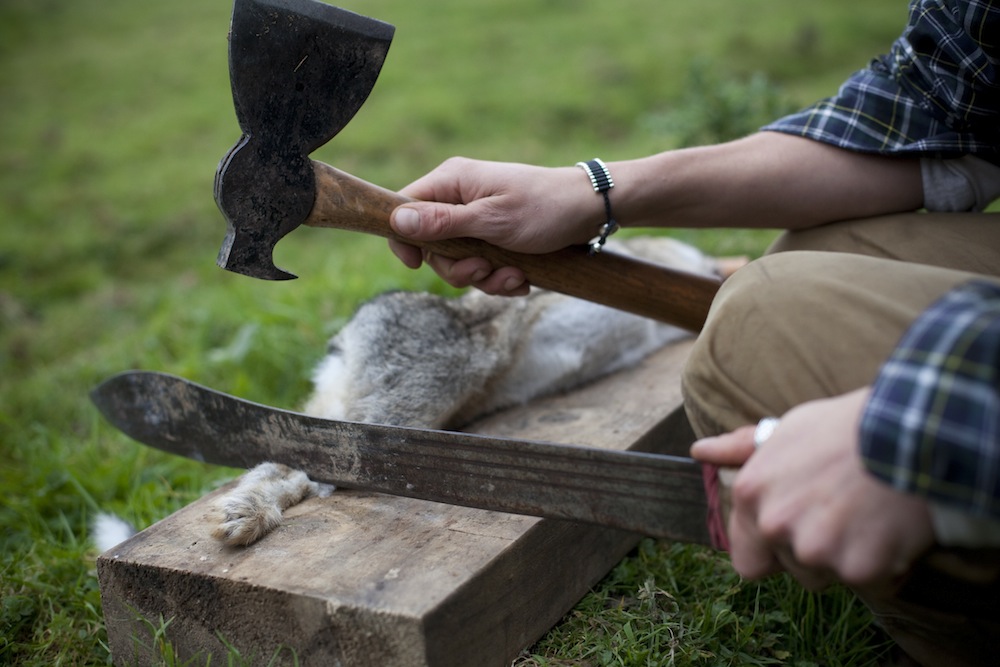 So first off, you’re going to need some sharp implements. Perhaps borrow a cleaver or an old knife off of a prepper. Oh yeah, just FYI, this method applies to squirrels if you ended up with one of those instead.

You need a knife and a hammer or something heavy. The first task is to chop of the rabbit’s tootsies just above the knees, lop of the tail and then the best bit: decapitate the little fella.

Loosen up some of the skin around the freshly removed feet, this will help a little later.

(Click through the following slides using the left and right arrows)