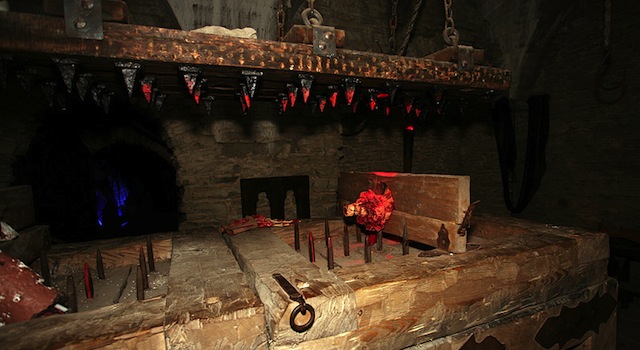 Medieval Torture: Everyone’s heard of the rack and being hung draw and quartered. Here’s a few torture methods I’d not heard of before. Choke pear anyone?

Over the years there have been plenty of people who’ve written about medieval torture in Europe. The reasons are obvious:

In our “civilised” world torture is frowned upon, in the most part. Now I’m not saying it doesn’t go on, of course it does, but it’s kept secret and the people doing it know they shouldn’t be. Back in the medieval days of old, it was celebrated, public and ultra dark.

Because this topic’s been written about a fair amount, I thought I would stick to some of the methods that I hadn’t heard of before, some niche torture if you will. We’ve all heard of the rack, the iron maiden, being hung drawn and quartered etc. But have you heard of abacination? Well I hadn’t, and judging by the red squiggly line underneath it, neither has my shitty spell checker. Apparently abacination was a method of blinding someone by holding a white hot sheet of metal or poker right next to the eyes. So that’s the vibe today. If that made your toes curl you may as well read this article about kittens instead.

1. The Brank or Scold’s Bridle 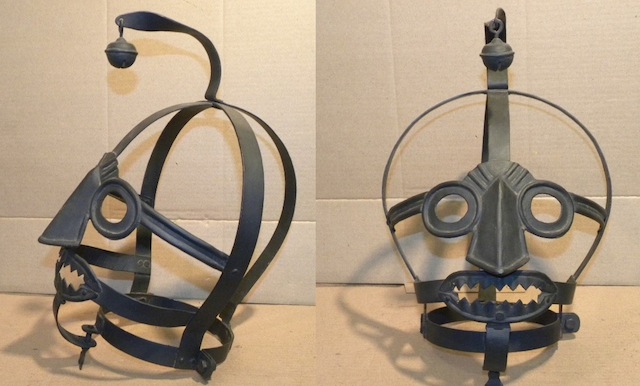 This punishment was considered mild, and although very painful, it’s main aim was to humiliate it’s victim.

The Brank was handed down to ladies who were considered a gossip, blasphemer or who might simply fly off the handle and get all shouty at the drop of a hat. It consisted of a locking muzzle, mask or cage that encased the head. Projecting inside the cage was a metal curb that went into the mouth and sat on top of the tongue. This would of course be uncomfortable and a little embarrassing to walk around Sainsbury’s wearing but it gets worse: if the torturers wanted to turn the trauma up a notch they would add spikes to the inside so that the victim would be in agony if they moved their tongue or face at all. 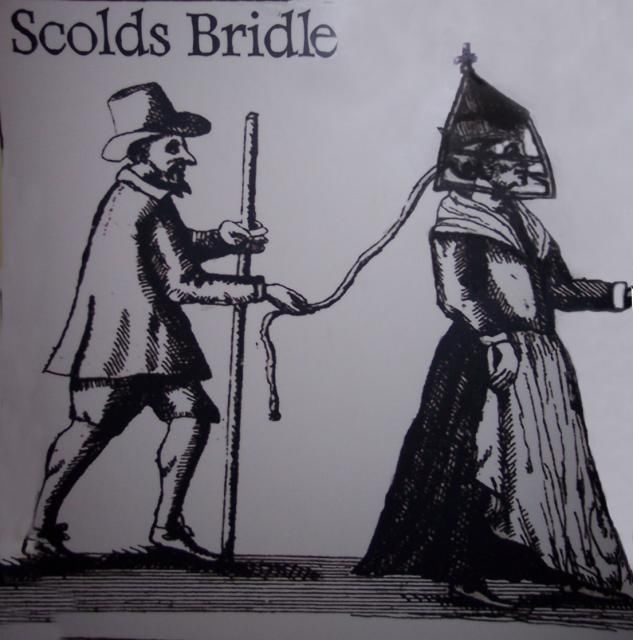 Barbaric, yes. But what seems even more surprising to me is the reactions of onlookers. People didn’t show pity to those that were punished, they hurled abuse and rotten vegetables. Sympathy was a hard emotion to come by back then.

I guess if I lived in mud, in the cold, eating turnips under the threat of imminent torture I might turn a bit sick too.