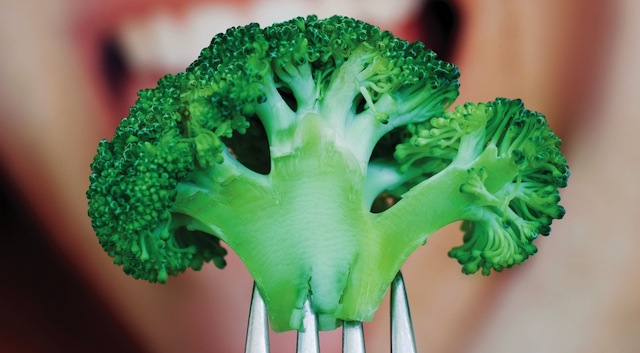 We love a big fat juicy burger as much as the next meat eater, but who can argue with this?

I’ll start this piece off by letting you know that I’m not some kind of incorrigible, drum banging, hippy pedant that feels at one with nature and purchases dream catchers and patchouli oil on a weekly basis. I’m a meat eater and always have been, but as I read more into the reasoning behind vegetarianism I find myself coming to the conclusion that it may well be the best option for mankind.

Here’s three things that made me momentarily pause between bites of my burger (with slices of Emmental, chorizo and fresh chillies, washed down with an ice-cold vat of cider). 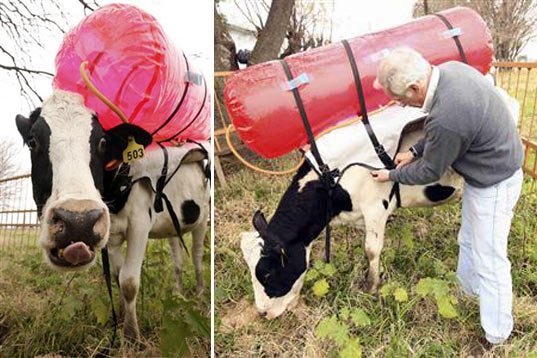 Now, the environment is something we do need to worry about. Whether you believe we’re causing this rise in global temperature or not, it is happening and we’d probably better take note. On top of that I’m a fan of wildlife and nature and I think that if possible we should keep at least some of it rather than covering the earth’s surface with car-parks, slaughter houses and dog turds.

Everyone’s heard that cows produce a startling amount of methane due to the weird bacteria in their guts breaking down the grass. That picture above is some guy who’s invented a way of trapping that methane for use elsewhere. Good idea and it makes the cows look like they’re in The Jetsons so I’m in. But the methane greenhouse thing isn’t the only beef with beef. Growing cows uses an unhealthy amount of fossil fuels; one calorie of meat takes ten times the fossil fuels to produce than one calorie of vegetable stuff.

Apparently one-third of the fossil fuels produced in the US goes into animal agriculture. This includes growing the food to feed the animals, transporting that food to the farms, moving the animals to slaughter and moving the tasty bits of bodies (in refrigerated trucks) to the shops. Fossil fuels = bad. Quorn = good.

As you can imagine there are about 1 million websites run by vegetarians that give some pretty mad stats about how bad meat is for the environment. Willingly or not this info is always going to be skewed, so I took the following quote from the intro of an official report by the American Society of Clinical Nutrition which looks a bit more trustworthy:

“The US food production system uses about 50% of the total US land area, 80% of the fresh water, and 17% of the fossil energy used in the country… The meat-based food system requires more energy, land, and water resources than the lactoovovegetarian diet”.

Cows, sheepies and piggies turn water, and fossil fuels into huge, murky swathes of faeces. In the US an estimated 89,000 pounds of poop is squeezed out per second. PER SECOND. That’s more than the human population of the US manage.

Poo is natural, yes. But in those quantities it isn’t natural at all. Thankfully there are guidelines as to how farmers should dispose of this waste… oh hang on a minute, there actually isn’t! So it goes into the ground soil or huge poo lagoons and poisons wild animals, and jazzes up the concentrations of bacteria and stuff in the soil.

It doesn’t take a genius to realise that having that much excess poop about is bad news. 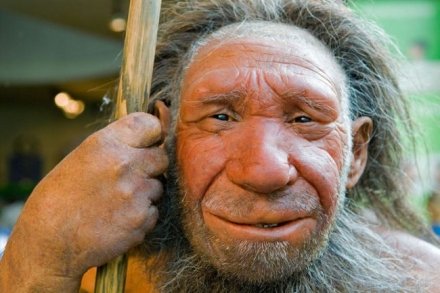 Quite a simple one to end on. We just don’t need to eat meat. Vegetarians survive absolutely fine. Lots of pro-veggie websites say that vegetarians live longer, are generally happier and have X-ray vision and supersonic turns of speed. I think we can take those “facts” with a pinch of salt, but the fact remains: humans don’t die without meat.

We’ve eaten meat since we started out in Africa, but we probably didn’t eat that much and we didn’t really have a choice back then. Humans aren’t carnivores, they’re omnivores. Now we can get all the dietary stuff we need from vegetables and protein substitutes, so the argument comes down to whether or not you want to eat meat. If you’re OK with slaughtering animals in their millions and chuffing up the environment then crack on.

We don’t need flesh, but it sure is tasty. 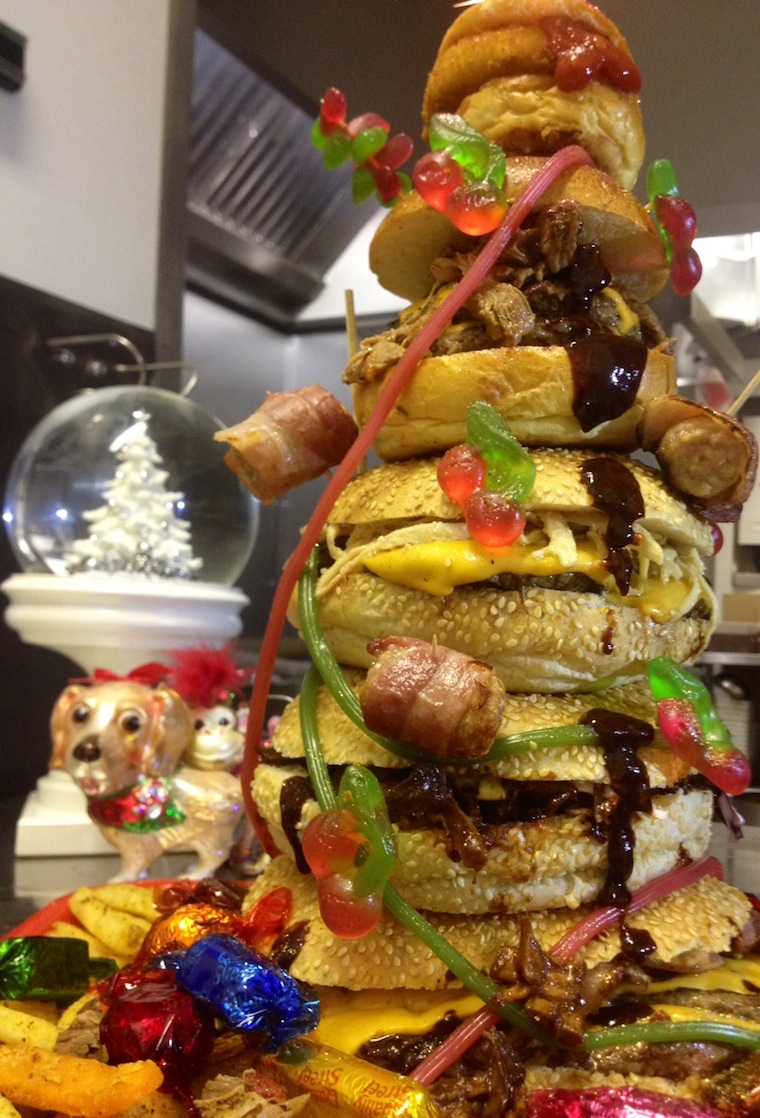 I’m kind of just playing Devil’s advocate here because I’m not really planning on stopping eating meat. I personally struggle to kill a spider and I couldn’t kill a cow unless my life really did depend on it so I do feel like a bit of a hypocrite chowing down on the beasts of the field. But I am planning on cutting down on my meat intake, if it helps the world a tiny bit, reduces my blubber quantity and saves a few quid, who loses?

â˜› Read Now: Cutting Masive Holes In Cows – A How To Guide

Related Items:environmental damage meat industry, is meat bad, is meat unhealthy, RC-JULY, Vegan, vegetarian, why should we be vegetarian