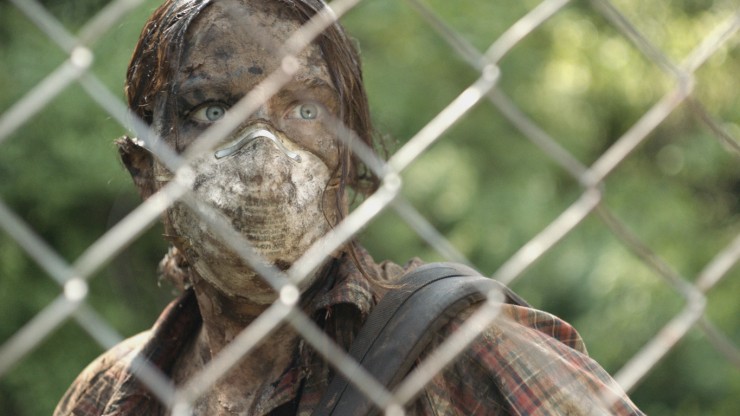 This isn’t your typical zombie movie.

We’ve been on the trail of ‘Here Alone’ for a long time now ever since it wowed audiences at the Tribeca Film Festival last year. But it looks as if it’s finally got a release date as a new trailer has emerged. Unfortunately I can’t find out what that date is, but it must be happening soon if they’ve bothered to cut a new trailer.

‘Here Alone’ is a zombie movie but unlike the traditional staples of the genre, it’s more like ‘The Walking Dead’ in that the characters need to be as wary of the other people who are alive as they do the zombies. It centres around a woman named Ann who has been surviving on her own for a long time by the looks of things, whose relatively stable existence is thrown into jeopardy when she stumbles upon a man named Chris and his teenage daughter Olivia:

To check out some of those other sick movies, click here. We really are getting treated this year.