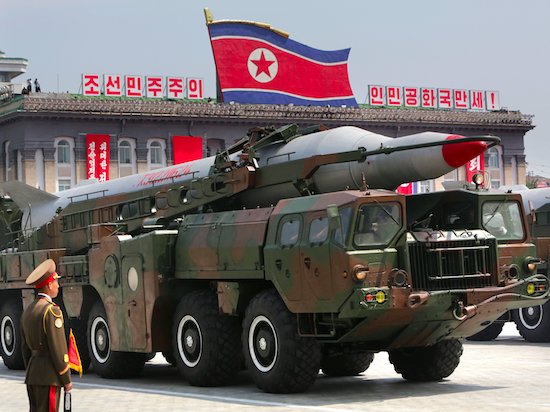 Become an expert in just over 5 minutes.

Unless you’ve been living in exile for the past few weeks, then you’ll be well aware that the world is apparently teetering on the brink of nuclear war as both North Korea and the United States flex their muscles and show off just how many weapons of mass destruction they both own.

Whilst you’re probably aware that all this is going on and there is the actual possibility that we could all die at any second if one of those morons is dumb enough to launch a nuclear war, you might not actually understand the mechanics of just why this is such a serious situation right now. Thankfully Vox have decided to whittle all the information down into bitesize chunks and present it in the following short 6 minute video which will pretty much make you an expert on the subject next time someone brings it up down the pub:

Whoa, you got all that? Quite a lot of information to take in all at once, but definitely worth watching and knowing about. I wish they made one of these videos for everything in life.

Really, really useful, even if it did make me a bit more terrified for the future. If North Korea do manage to develop an ICBM then we could be in another Cold War situation for God knows how long and I don’t think anyone in the world wants that. The way things have been going though, it would hardly be surprising if that did happen.

For more North Korea, check out these experts who claim all their weaponry is fake. Let’s hope so.