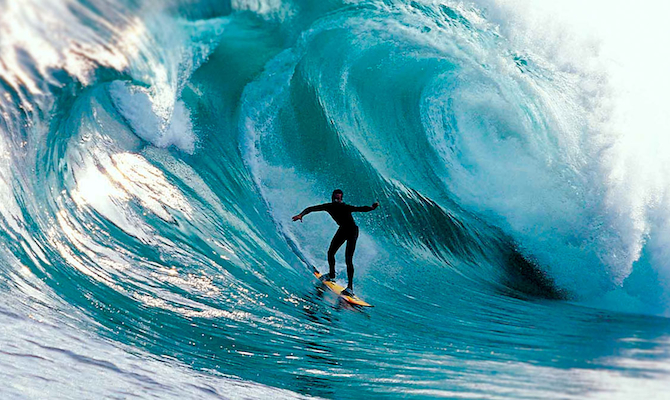 I don’t know a lot about surfing but some of the waves in this video are insane and some guy who’s really into surfing agreed with me.

I don’t know much about surfing so I have to give all the credit to Charlie Hawkes for sending this video over. It’s a couple of years old so before all the trolls get in, yeah, we know it’s a couple of years old but we haven’t featured it before on Sick Chirpse and the fact that it’s a bit old doesn’t make it any less cool. Anyway, haven’t you heard what happens to trolls these days? Curtis Woodhouse tracks you down and comes and knocks you out apparently, so maybe quit trolling while you’re ahead.

This is a surf video from a couple of years ago over in New Zealand where some dudes called Marti Paradisis and Tim Bonython checked out the weather forecast and figured out that there were going to be some absolutely sick waves coming in at Shipsterns Bluff in Tasmania that day. They subsequently got on a boat and went down there with some of their buddies and surfed some of the most insane waves I have ever seen. Of course, they also managed to get it all on film.

I said before that I didn’t know much about surfing but these ones do look completely insane and there are some absolutely killer barrel rolls and wipeouts. Charlie explained to me that he watched a lot of surfing videos and that what made this one special were the steps within each wave where one wave forms extra waves from within its main face. I didn’t really know what that meant either but then I watched the video and I kinda understood and it is some crazy shit.

Anyway, I don’t really have much else to say about it so you may as well just check it out below and enjoy it:

Surfing Goats – What The Heck?

Zoltan Torkos Nails First Ever Pulled Kickflip On A Surfboard