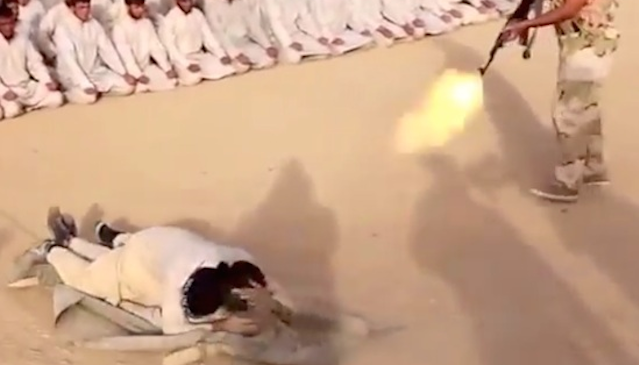 This is what new recruits are forced to go through when joining ISIS.

ISIS is easily one of the most terrifying things going on in the world at the moment along with Ebola – and the idea that ISIS might start sending out Ebola suicide bombers is even more unnerving – so if you’re not worried about them yet then there’s clearly something wrong with you.

This video might help to change this as it shows the training regime that new ISIS recruits have to go through in order to man up and be a part of the army and it is completely brutal. The video involves people getting kicked in the chest, crawling through gunfire and taking part in Kung Fu style battles. It’s undeniably staged slightly, but the fact that even some of it might be true kind of makes you completely brick yourself that they might be coming after you next.

It’s almost akin to the training that those killer Shaolin Monks go through to become the ultimate badasses that they are. We can only hope that it  isn’t true and that ISIS are just a bunch of pussies.