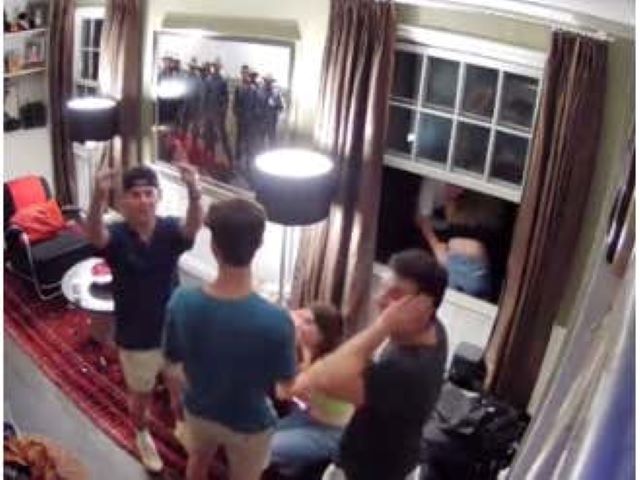 We all know the feeling of sneaking out the house once our parents have gone to bed and returning in the early hours trying to creep back in without making a sound. I remember memorising every single creak in my house and mastering the ability to walk around in silence, even while stoned/shitfaced, at 3am without being caught.

At least that’s what I thought I was doing before being inevitably busted. Just like this lad going viral after his dad busted him sneaking back into the house with a load of friends:

@rhythmlessmanMessing with @shortking.com and friends when they sneak out is fun. Thanks Alexa for the assist! #fypage

Ahhh, to be young again. The kid’s first problem was sneaking around with 10 people in tow, although if you’re the kind of child who gets to say FU to your dad and get away with it, then I’m surprised he’s worried about being caught sneaking out in the first place.

Then again this dad is going on about sending the footage ‘viral on social media’ so I guess it’s a generational thing. Big up this dad for not only masterfully trolling his son, but also understanding how to work an Alexa and upload footage onto the internet. Very impressive indeed.

To meet the rich kid who took some LSD and wrote a massive Twitter thread on how much he resents his parents for giving him $100,000 and ‘spoiling him’, click HERE. How’s that for gratitude?