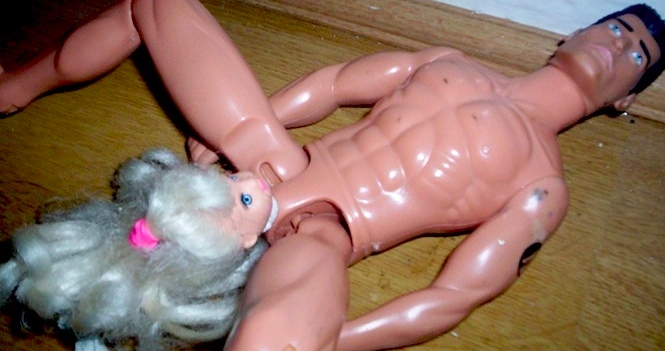 Does giving birth hurt more than being kicked in the balls? Two crazy Dutch bastards find out.

It’s the age-old question of which is more painful, being kicked in the balls or giving birth? Well luckily for all of the testicle owners out there two mental Dutch guys have given us the answer, and there is no way in hell we’re getting knocked up any time soon.

Unknown to us but so famous in Holland that they have a burger named after them (that may or may not be true) Dennis Storm and Valerio Zena have done quite a bit in their time as presenters of the show Proefkonijnen (which translates as “guinea pigs”). These are the same guys who had flesh surgically removed from each other and then ate it on television, so we’re dealing with two guys who like to push the boundaries of a ‘fun’ afternoon out.

With this outing they have actually provided us with something worthwhile, and not just the Sick Chirpse readers lucky enough to be reading this right now, but every single man who will eventually get shown this video by their expecting partners when it comes down to that time in a man’s life when his partner re-enacts the chest burster scene from Alien.

It seems that there is no actual need for the possession of a womb to feel the tender joy of a having a watermelon squeezed through a drain plug, this is why we invented technology, to amuse ourselves! The tech works something like this, small adhesive electrodes are attached to the stomach and simulate contraction pains in the stomach by causing immense pressure for two hours, our homeboy Valerio (the one dressed as someone I would refer to as ‘homeboy’) asks the nurse if it will make them scream to which she bluntly replies “Yes, it definitely will.”.

Dennis (the tall one that looks very Dutch) and Valerio are hooked up in a bed with the promise of two hours of electrocution. Though, just to point out, to be electrocuted is to be killed by an electric shock, and as exciting as I promise this video to be, no one dies. So next time someone tells you they got electrocuted from their Iphone charger, tell them they’re talking horse shit.

â˜› Other Crazy Uses Of Technology: The Wonder That Is The Oreo Separation Machine

For the first 20 minutes they laugh through the pain, half an hour in the laughing begins to fade and after the first hour our ‘homeboy’ Valerio is pretty much crying like a girl whilst having contractions like a girl, so to try to stop him from quitting early they attempt to bring him back to the laughing stage again with ‘gas and air’. Do you know what gas and air actually means? Laughing gas. Yes, the hippy crack, the stuff you suck out of balloons at raves that makes you trip balls, you actually get that if you’re giving birth! Well, it seems giving birth must hurt, like really hurt, cause even after breathing laughing gas for five minutes whilst in the fetal position he still looks like he’s just walked in on his mother and Boris Johnson playing 50 Shades of Grey.

Halfway through and he bails, leaving Dennis to brave it out, and brave it out the Dutch boy does. He curls up in a ball, he paces back and forth, he screams into a pillow. In fact, he makes this experience look horrendous, but he makes it till the end and they reward him with a doll and cupcakes. Mmmmm, cupcakes.

So after two hours of screaming and contortion, it seems that yes, giving birth is pretty painful. What baffles my head is the fact that they only had the contortion pain, there was no actual vagina pain and they only had it for two hours and were reduced to a quivering mess. My mother went into labour with me on Friday the 13th over the frozen peas in ASDA, and spent three days trying to push me out with my fat head, giant feet, backwards and wrapped in my own umbilical cord….

To all the women out there who do this, thank you.

To all the women out there who do this more than once, you are bat shit crazy.