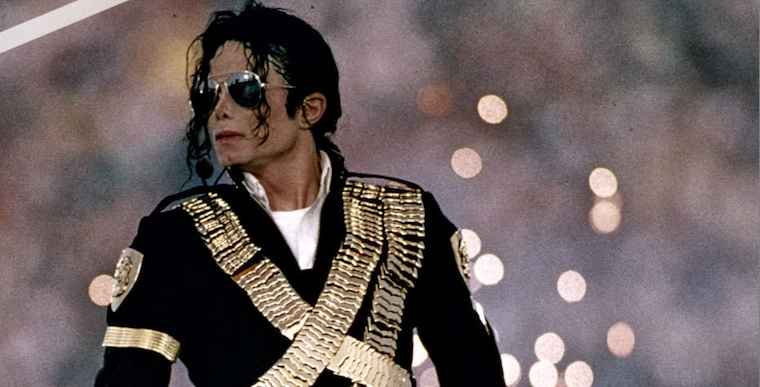 The Superbowl Halftime Show is pretty much one of the biggest events on Earth right now, but they used to just have lameass marching bands instead of international superstars performing it. One man changed that though. His name? Michael Jackson.

It’s the Superbowl on Sunday night and it has to be one of my favourite ever events. I don’t really love NFL or anything but I definitely have a soft spot for it and the Superbowl in particular, mainly because it’s just an excuse for someone to have a party and to stay up really late on a Sunday drinking beers and eating cool party snacks like ribs and wings and nachos. It’s also really cool because even people who know nothing about NFL get really into it, merely because it’s the Superbowl and it just sounds like it’s an event that you have got to see and be a part of.

One man managed to change all that back in 1993, and it was arguably his performance that turned the Superbowl halftime show into what it is today. And of course, it was the King Of Pop Michael Jackson. His performance completely redefined the spectacle of the halftime show and also just completely and utterly killed it. I haven’t managed to catch all of the halftime shows but I can just tell that this one is one of the best, if not the best in history. It’s just so epic and the songs are just all such bangers.

I think my favourite part is at the start where he just jumps out of the floor (after a couple of false entries where you think he’s coming out of a couple of big screens in the stadium, but they’re just guys dressed up as him I guess? It was never really explained.) and then just stands there for over a minute while everyone just screams and goes wild before he kicks into Billie Jean. He’s fairly obviously miming but I mean, he’s busting out all these cool dance moves and absolutely killing it and it would probably be pretty hard for him to sing really well as well, so you know I can let him off. You don’t even really notice it just looks so bigtime when you watch it that all you’re thinking is just ‘wow, this is cool.’ Michael is also wearing a really cool outfit and busts out all the moves like the hat flip and the crotch grab and it really just absolutely kills it. It’s kinda lame in the second half when he talks about world peace and saving the children or something but it’s still pretty dramatic and high budget, just not as rockin as when he’s playing the hits at the beginning.

You gotta be glad that it happened too because now because it means we get to do it every year. Screw it, I’m definitely having a Superbowl party and I’m backing the 49’ers. Maybe I’ll even live tweet it @sickchirpse.
In the meantime while you’re waiting for 10:30pm on Sunday you can relive the magic here: