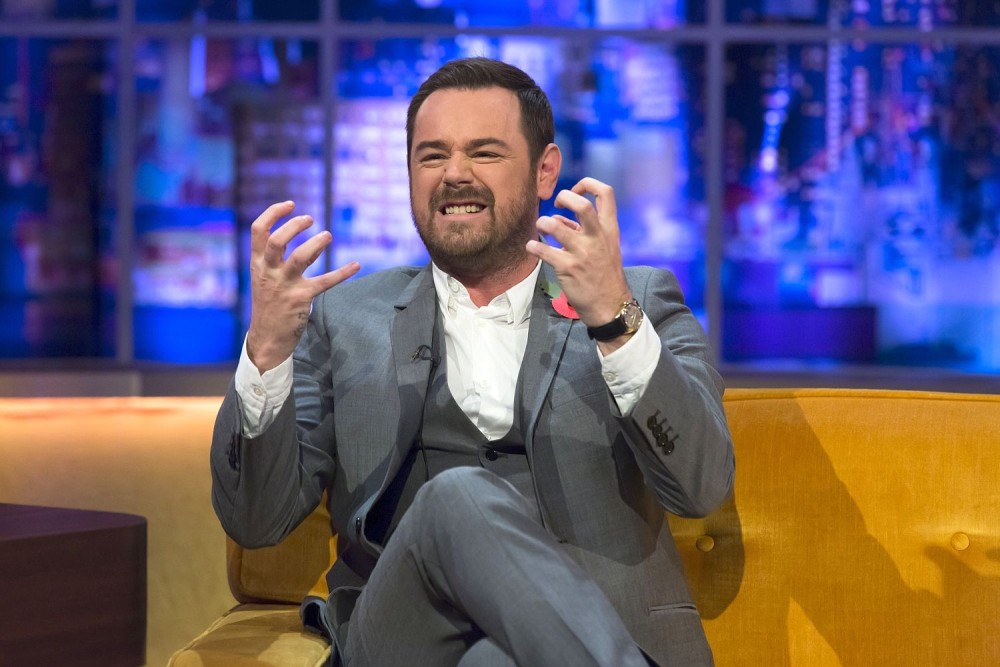 Life-lesson: do not poke the hornet’s nest known as Danny Dyer.

Professional ballroom dancer and ex-Strictly star James Jordan is renowned for commentating events of Strictly Come Dancing each week on Twitter, often less than politely. To be honest, he often makes himself sound like a complete twat. To be honest, I have no idea about much to do with Strictly Come Dancing and I’ve certainly never watched it. I’m too busy doing other, more manly things with my Saturday nights. The kind of things I imagine Danny Dyer does, like impersonating James Bond, drinking TCP and witnessing bizarre sexual experiences. Incidentally, Danny Dyer is renowned for being a straight talking, does-not-give-a-fuck nut job who will drop you in a bar for looking at him funny. I wasn’t great at maths in school but I know that running your mouth + a nutter = you’re about to get publicly humiliated to the power of six.

Unluckily for James Jordan, that is exactly what happened. It all kicked off when Jordan tweeted a jibe at Dyer (and without ‘@ing’ him, as well, bitch move James Jordan):

Is Danny Dyer on Strictly???

Now if you know our Danny Dyer, you know this was a bad move. Less than ten minutes later he fired back with this scathing remark:

This is where James Jordan really fucked up. If the many beatings I’ve taken over the years have taught me anything about tough men, it’s that the one thing you don’t do is challenge their tough man status.  Observe:

Clearly you shouldn't do the jokes soppy nuts. how's the career going…..oh…I mean the existence?? https://t.co/DczhHVaYua

Soppy nuts – the ultimate par. There’s no coming back now, but of course James was going to try:

You keep backing that mouth up my love. Didn't touch a nerve. I just think you're a bit of an irritating cock. https://t.co/2Tywq3cp9Z

James then seemed to admit that he was just doing this all for the attention, commenting that he was receiving an influx of followers:

Keep tweeting me mate… This is great I keep getting more followers.
https://t.co/SBTzkHKYfi

Danny, naturally, had to have the last word  and retorted with some festive banter:

Have em….As its Halloween. Call it a little treat. Just behave…. https://t.co/rlaMOIGKin