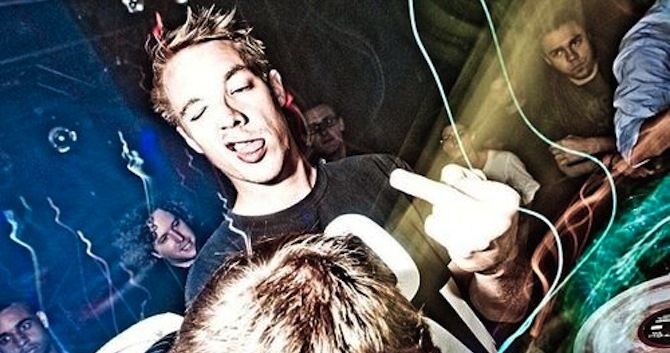 Super producer Diplo’s had a pop at Flo-Rida for stealing concepts from his music video. Does he have a case here?

Not content with ‘sampling’ other people’s super successful tracks and ‘remaking’ them for modern pop radio, Flo-Rida has now taken to borrowing other people’s music videos too.

He’s been clocked by super producer Diplo, who caught Flo-Rida’s track ‘Can’t Believe It’ (ironically featuring fellow serial popular-beat-jacker Pitbull) and thought it bore more than a slight resemblance to his own video ‘Butter’s Theme’.

Flo-Rida has yet to respond – he’s probably pumping mad iron in the gym or running shirtless through traffic listening to potential sampling opportunities on his iPod — but here are Diplo’s thoughts on the matter:

not even bubble butt lol he ripped off this video http://t.co/hcoiVhqvJd

im goin to go toilet paper the trees in front of flo-rida mansion if you want u can ride or die with me. also bring eggs . pleas RT

I’ll totally fight flo-rida in a street fight and totally get my ass whooped . But ill fight him anyway cuz I’ll fight for what I believe in

What do we think? Does Diplo have a case here?

Flo-Rida’s video for ‘Can’t Believe It’:

Here’s Diplo’s utterly insane Bubble Butt video as a bonus, in case you missed it: