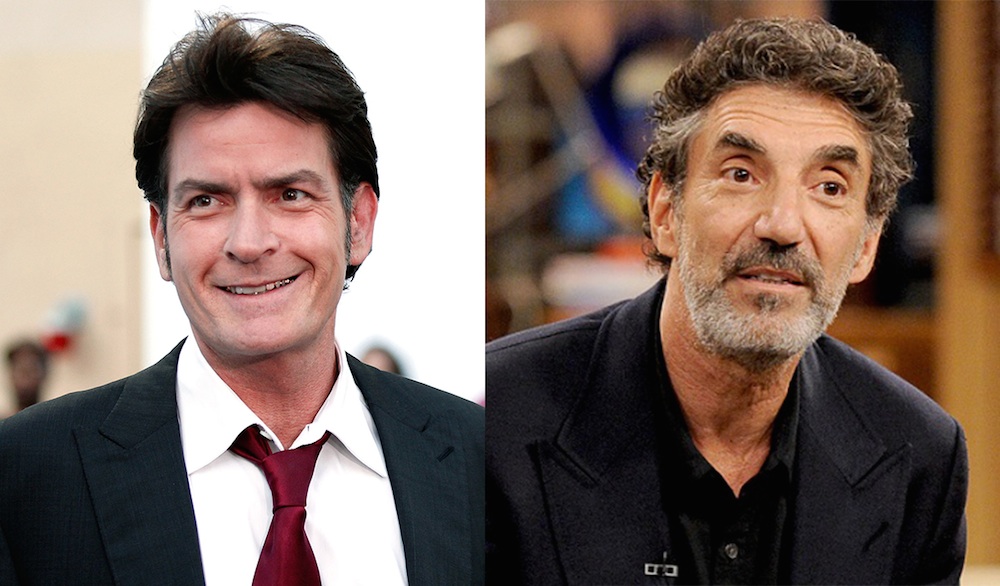 Two And A Half Men came to an end thankfully after an unbelievable (because it’s so terrible) eleven years on the air a couple of weeks ago and a number of digs at Charlie Sheen were included in the final episode by show creator Chuck Lorre. You can watch the final scene here if you missed it, but it literally makes no sense whatsoever so don’t say we didn’t warn you about how terrible it was going to be.

Obviously Charlie Sheen himself wasn’t happy with this, given the fact that he’s had a very public feud with Chuck Lorre since he was fired from the show in 2011 and was also rumoured to be interested in returning for the finale, so TMZ caught up with him on the streets in LA the other day to ask him his thoughts on the episode. He went into classic warlock/tiger blood/#winning mode and went on a one minute rant at Lorre, saying he didn’t care whether he lived or died and hoping that he felt safe where he lived, effectively implying that he might kill him for ridiculing him in the final episode.

There’s much more than that to the video though, and even if Sheen just says he was only joking there’s still reason for Lorre to be slightly scared following these comments. Given the fact it’s Charlie Sheen though and nothing he says really makes sense – even when he’s off the blow – Chuck can probably rest easy tonight. He might want to keep his door double bolted though.