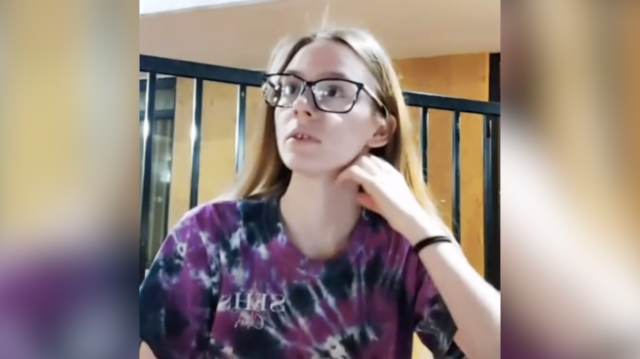 Do other women recognise this girl’s terror?

A video of a teenage girl being creeped on by a grown man as she livestreamed alone at a poolside table has gone viral after resonating with loads of women who say they are familiar with the discomfort the young girl is feeling.

Despite seeing how uncomfortable the girl is, the man continues to chat to her until she mentions that she’s on livestream:

Seeing a few dudes online say the girl was overreacting and the man was just trying to be friendly, but come on, let’s get real here. If he had walked by her and said “hey lovely day isn’t it?” that would be one thing, but he actually tries to pull up a seat next to her and get talking. What business does a grown man have trying to be “friendly” with a teenage girl? Would he have started a conversation if her dad was sitting there next to her? Hell no!

Here’s some of the reaction from women online:

Raise your hand if this creepy crawly crap happened to you when you were a teenager. He only leaves when she says she’s doing a live feed. This stuff happens a bazillion times a day and it sets the tone of what young women and girls begin to expect from men.

The fuck??? Bless her heart, she okay????? pic.twitter.com/saCOLKTDQt

This is so upsetting. Men that do this 100% know exactly what they’re doing. There is no confusion. He saw her alone and forced himself into get space despite the fact that she made it absolutely clear both in body language and get actual words that she didn’t want him there.

What woman has never felt like this girl? My stomach hurt with hers.

Yeah. This was absolutely an “interview,” by which I mean he was trying to figure out if she would be a good victim.

Pretty sad this girl couldn’t outright tell him to leave her alone because she has no idea how he’ll react (sounds like he may even be a bit drunk?), but at least he f*cked off once he realised a bunch of people were watching the interaction go down. Hopefully he’s better at making friends with people his own age than he is with teenage girls.

To watch a 16-year-old girl approach an old man and try to bait him into saying stuff that would make him look like a creep, click HERE.