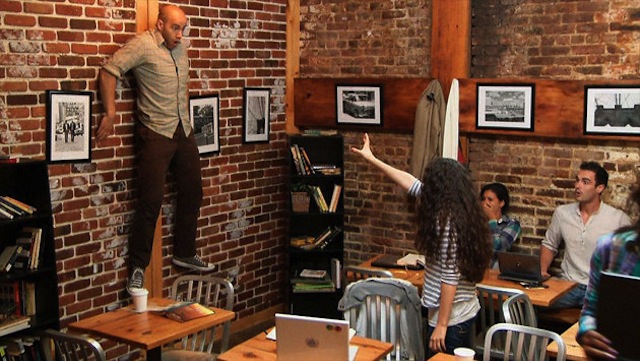 This super-elaborate prank was arranged to promote the remake of 1976 horror film Carrie – and left a coffee shop full of people genuinely terrified.

You pop into a coffee shop to grab a drink and an overpriced muffin on your way to work and some dude across the room accidentally spills his coffee over a girl’s laptop. What happens next? Exchange of cash? Heartfelt apology? Display of telekinetic powers that freaks everyone the hell out? If you guessed the latter, you’re right!

With Halloween around the corner and the imminent release of 70’s horror flick remake Carrie, a promo team for the movie set up an amazing fake cafe that would allow the actress and stuntman to simulate a scene of telekinetic terror. Pretty cool prank, but will the film be any good? Maybe, it’s got Hit-Girl from Kick-Ass in it and she’s turing out to be a pretty decent actress, but all you need to know right now is that this promotional stunt is one of the coolest things you’ll see in relation to a horror film.