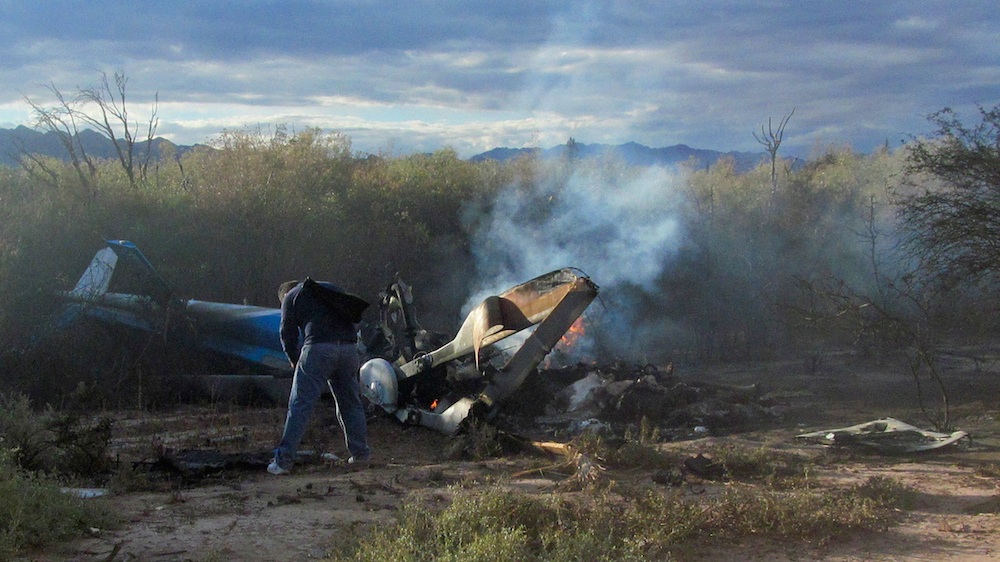 Tragedy struck near the Andes yesterday.

Tragedy struck yesterday during the filming of a French reality TV show in Argentina called Dropped when two helicopters crashed into each other above the hills of La Rioja, causing a crash that killed all ten riders in the vehicles. The dead were named as Olympic gold medal swimmer Camille Muffat, Olympic boxer Alexis Vastine and sailor Florence Arthaud who were contestants on the show, along with director Laurent Sbasnik, journalists Lucy Mei-Dalby and Volodya Guinard, producer Edouard Gilles and artist Brice Guilbert. The pilots killed were Argentineans Juan Carlos Castillo and Roberto Abate.

It’s unknown what caused the collision but you can see in the video that one of the helicopters seems to be dangerously out of control, lurching into a tree before banging into the other. French and Argentinian officials have promised to work together in order to determine what went wrong on the flight and ensure it never happens again.

The aviation director of the region Daniel Gorkich offered the following analysis of the situation:

Both pilots were highly trained. Perhaps the afternoon sun and strong winds might have been a factor – at the moment of impact the sun was setting on the Andes mountain range directly in front of them. Also this is an area with wind gusts.

Hmm. If that is what happened then that’s pretty unfortunate. If that was the reason though it seems unlikely we’ll ever be able to find out for sure, given that everyone involved in the crash is no longer with us.

Dropped is a French reality TV show where you can probably guess the concept – celebrities are stranded in some of the most inhospitable locations in the world and forced to find civilisation, source food and build shelter with only some drinking water and a map. To be honest getting a map sounds kind of soft, but the rest of the show sounds like it could be on to a winner, although it’s probably unlikely it will ever get made again after his mishap though, even despite its popularity.

If you want to see more horrific crashes, then check this one out of a car going the wrong way down the motorway ploughing into a bunch of people. Dickhead.