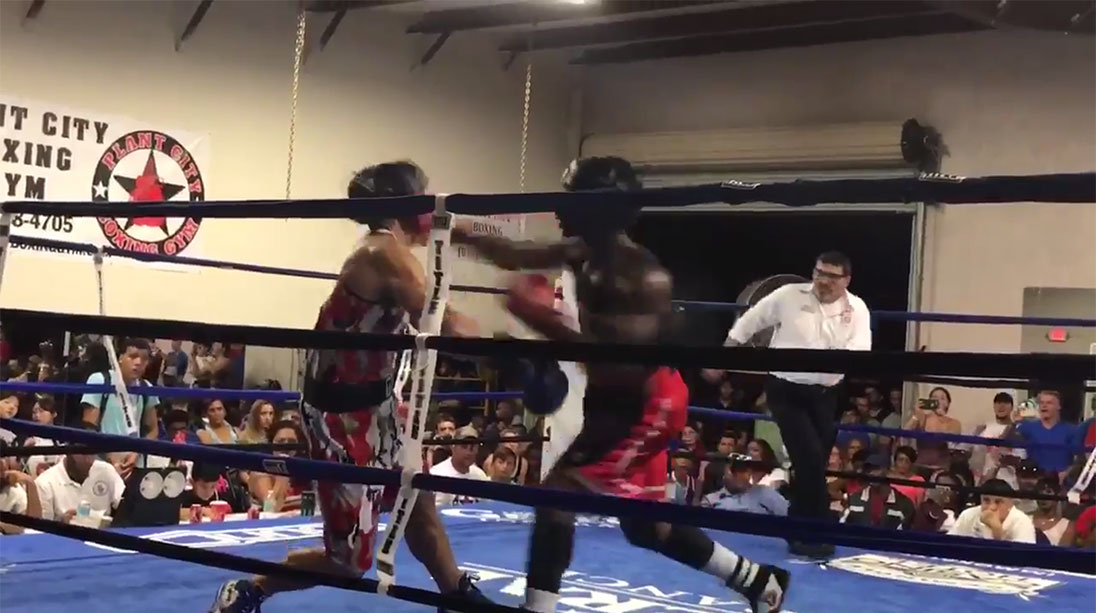 When you’re engaging in combat sports like boxing or MMA then there’s nothing sweeter than giving that knockout punch.

Amateur boxer Ahmad Jones has only been competing for a year but already he’s earned the nickname of ‘The Black Panther’ for the brutal knockout of his opponent in a recent fight. Jones lands a nice one two combo before whacking his opponent right in the kisser, leaving him totally knocked out but still standing, much akin to the scenes in Mortal Kombat before you’re told to ‘Finish Him’.

Jones duly obliges by smacking him a couple more times in the faces as he plummets to the canvas:

Ouch. Jones might only be a one year trained amateur boxer, but he’s won all three of his fights so far and looks like he might be a name to watch out for if he continues scoring knockouts like this. You heard it here first.

For more brutal KOs in boxing, check out all of GGG’s knockouts in history. Man knows how to land them.