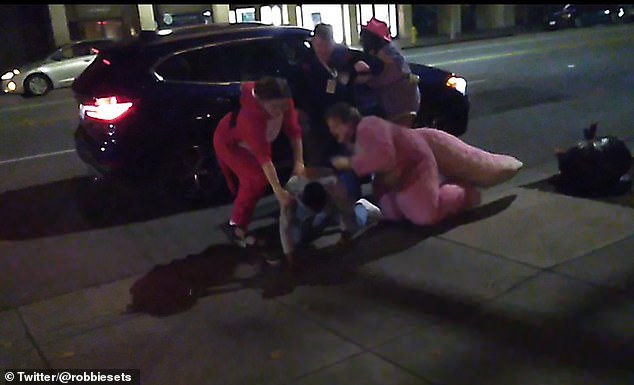 If you were to picture a group of people performing a citizen’s arrest on someone and saving a woman from getting beaten up by her abusive boyfriend in the middle of the street, you probably wouldn’t imagine them dressed as giant pink dinosaurs or My Little Ponies.

Well that was exactly the case outside FurCon in California this week, after a bunch of furries clocked a man ‘wailing’ on his girlfriend inside a car.

The group pounced into action, dragging the man out of the car and pummeling him until police arrived:

Furries pulling together to stop an abuser last night was absolutely WILD pic.twitter.com/4CNbaHniqQ

What a scene. And what an awesome weekend these furries must have had! Imagine saving a woman from domestic violence and then partying at FurCon 2020 for the remainder of the night:

That’s two fantasies lived out in one night for these furry heroes. They’re probably insufferable weirdos IRL but on this night at least they are absolute legends – fair play.

Here’s the guy they battered – 22-year-old Demetri Hardnett was arrested and charged with domestic violence: 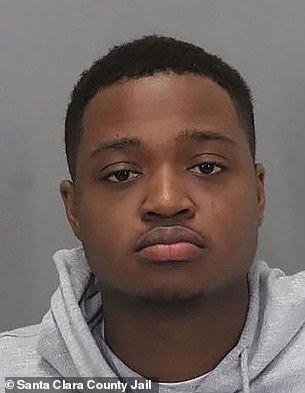 Pretty embarrassing night for him all round – one second you’re beating up your girlfriend in the car, the next you’re face-down on the pavement getting the shit kicked out of you by a gang of furries. Unlucky.