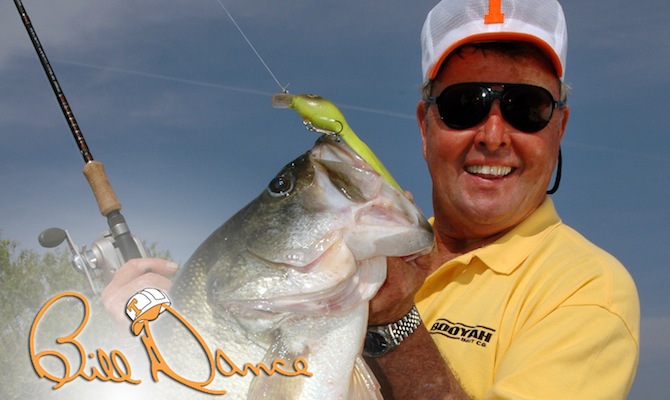 Meet Bill Dance – the prize winning fisherman who is also a massive klutz.

I would love to go fishing with this guy, and I wouldn’t even care if we didn’t catch any fish.

Bill Dance devoted his life to fishing after a nasty bike accident in the 1960s, probably thinking the laid back lifestyle of an angler would suit someone who wanted to relax and smell the roses a little bit. One day a fishing lure manufacturer that was sponsoring him in a fishing tournament suggested he start a TV show, and soon after ‘Bill Dance Outdoors’ was born.

Ridiculous Fishing Is Our New Timewaster Of Choice, It Should Be Yours Too

Turns out he is still pretty accident prone, as the bloopers from his show suggest. He’s pretty much mashing up his fishing lines and falling into the water all the time. He even gets terrorised by a swan at one point. He’s also from Tennessee so he says things like “DEG GUMMIT!” when he gets his fishing rod caught in the ceiling fan.