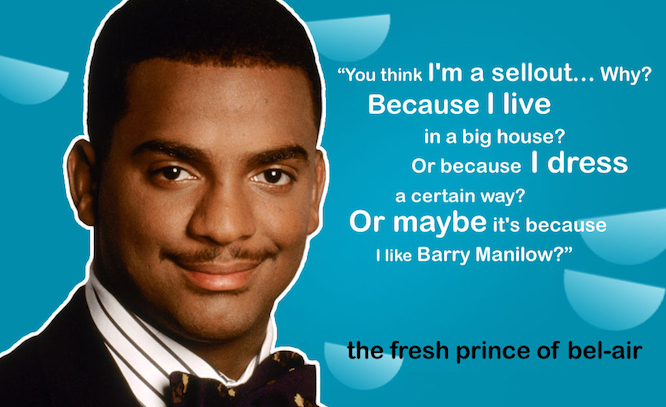 This question hasn’t plagued me like it used to when I was a young boy, but at least now I finally have some closure on the issue.

Everyone used to love watching Fresh Prince when they were growing up, and pretty much everyone did watch it when they were growing up because it’s been repeated on so many channels so many times. Whether you were watching it on BBC 2 at 6:15 or on Trouble at 4:30 or on VIVA or whatever the hell channel it’s on now, pretty much everyone ever has seen at least a bunch of episodes and loved it. It’s just one of those timeless shows.

One of the best characters was of course Carlton – the white man in a black man’s body and the complete antithesis of Will Smith,  and it was the dynamic between the two that was arguably one of the main qualities of the show that made it so good. I haven’t actually ever thought of the possibilities of what Carlton would actually look like if he was white – I guess just a white version of Carlton right?

You could probably sort that out fairly easily with Photoshop or something, but Buzzfeed have gone one better and somehow managed to track down a white guy that looks EXACTLY like Carlton from Fresh Prince, only completely white. It’s literally exactly the same – the exact eyes, the exact moustache, the exact same kind of half smile that he makes.

You can’t see the hair of the lookalike because he’s wearing his police uniform and a police hat (LOL) but other than that he’s a complete dead ringer. I mean check it out. If I didn’t know better I might think that somebody dressed Carlton up in a police uniform and then photoshopped his skin a different colour, but the photo is so old and grainy that I kind of think it must be real and just be some kind of remarkable coincidence. Unless someone photoshopped it to look old and grainy, but I doubt they would go to those lengths would they? Is that even possible? I guess you could just use Instagram, right?

In any case, scope a load of this picture and let us know what you think of it.

â˜› More Carlton: Carlton Has Still Got The Sickest Dance Moves In Town 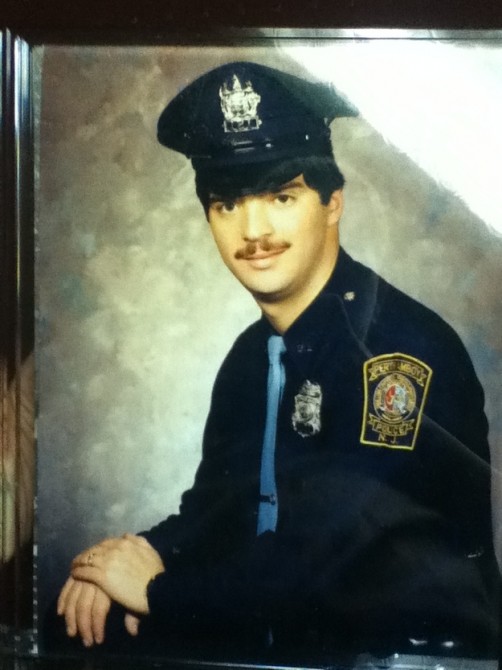