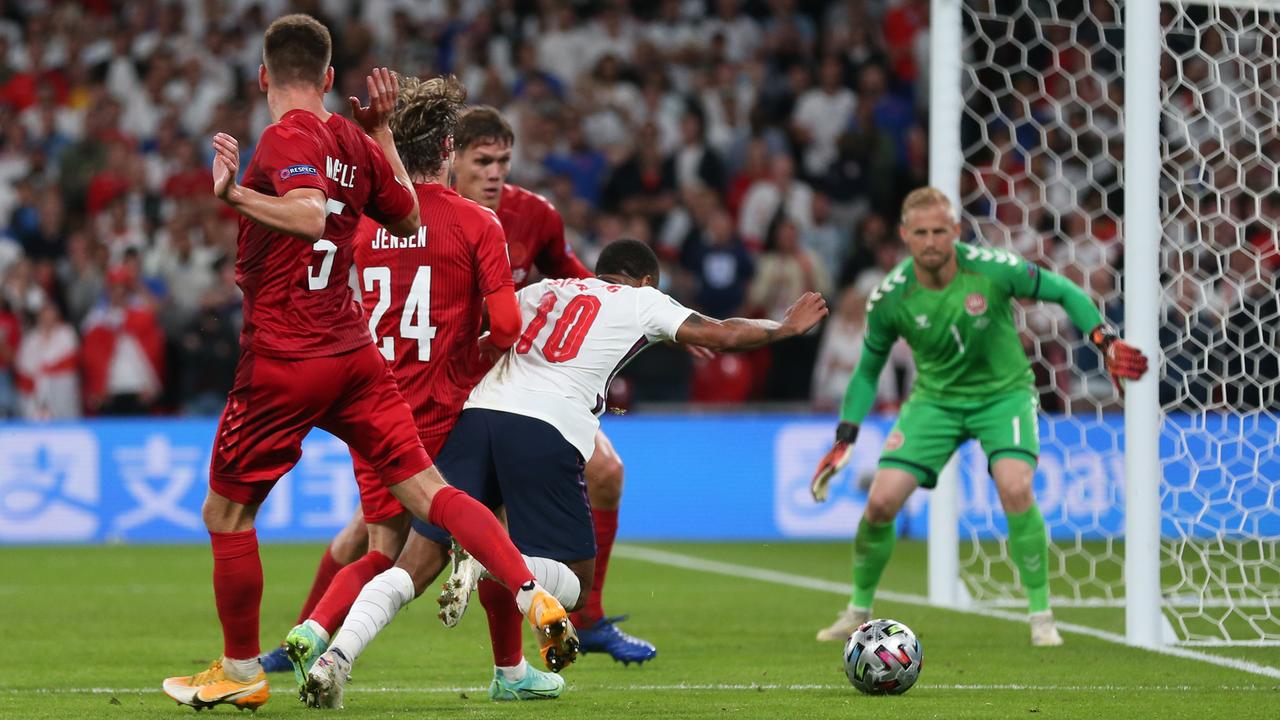 Get over it losers.

England managed to overcome Denmark in the semi finals of the Euros last night to reach their first major tournament final in 55 years, but the victory didn’t come without controversy as Raheem Sterling was accused of diving to win the penalty that led to the eventual winner.

Everyone has their opinion on whether or not it was a penalty, but I think the consensus is that it was fairly soft even though there was a little bit of contact. You also have to look at the fact that there were two balls on the pitch for some reason as Sterling ran down the wing and then someone in the stadium shined a laser pen in Kaspar Schmeichel’s face whilst he was facing the penalty and you can understand why the Danes/anyone who isn’t English might be a bit aggrieved about the whole situation.

Predictably, this means that someone has started a petition on Change.org to get the match replayed, saying the following:

So on England’s winning goal we have:

1. Play should have been stopped by ref as there were 2 balls on pitch and extra ball was interfering with play

3. Fans shone laser in Schmeichel’s face as he fumbled save

We wish to overule the penalty decision against Denmark. It was a wrong call, there needs to be contact for a penalty and there was absolutely no contact.

If this is not overuled, it would show a failure by UEFA and the beautiful game of football.

At the time of writing, almost 3000 people have signed the petition but as I always say with these things, there’s literally no point in even starting them because they never actually achieve anything. I don’t think a football match in an international tournament has ever been replayed because some fans didn’t agree with the refereeing decision, so you know these butthurt losers should just get over it. It’s not like England haven’t had their share of bad decisions over the last 55 years or whatever.

For more of the same, check out these England fans jumping on a bus in Leicester Square to celebrate the win. What a moment.